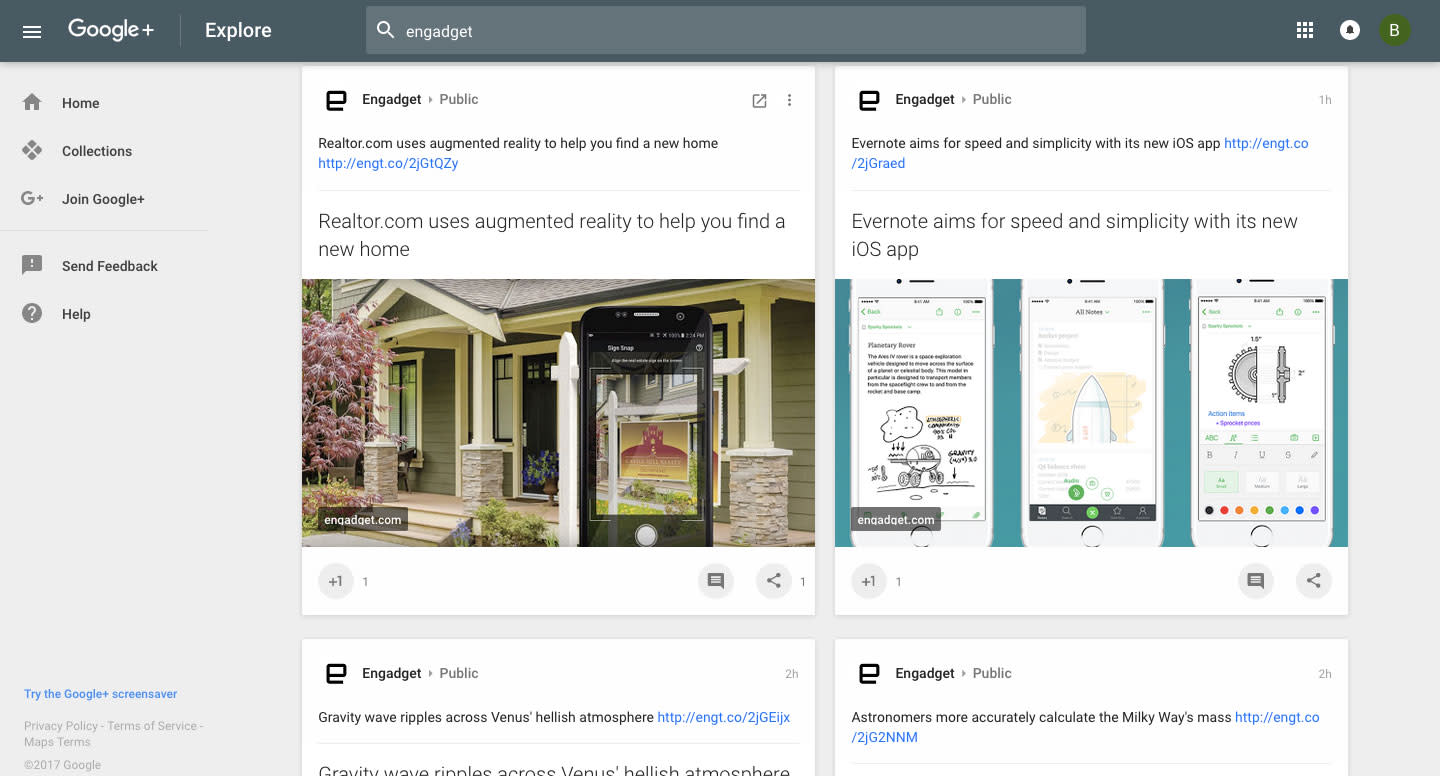 Google overhauled Google+ from top to bottom in late 2015 to shift the focus to communities. The company has been tweaking the social platform since that change and today its announcing the latest updates. First, events are back on Google+. Starting January 24th, one of the more handy features the social network had to offer will return. The means you will be able to create and join events on the web, but the tool won't be part of G Suite right now.

Google+ will now hide "low-quality" comments by default. You will still be able to see them if you want to view all of the feedback on a post, but Google says hiding some allows you to focus on the ones that "matter most." The company says it tweaked the app to more efficiently use screen size, too. This means you should notice less white space and more posts. There's also a new zoom tool for Google+ on the web that will let you take a closer look at the finer details of an image.

While Google continues to keep Google+ afloat, it's still adding features that seem really useful. Last week, the company revealed its RASIR image compression tool that replicates large photos using a quarter of the pixels. For now, that tech is only available inside Google+, but it should make its way to other apps in the future.

Lastly, if you're still using the old Google+ on the web, you won't be able to do so after January 24th. Google says it's shuttering the old version of the platform on that date, but promises it's still working on a shiny new one.

In this article: comments, events, gear, google, google+, googleplus, internet, photos, services
All products recommended by Engadget are selected by our editorial team, independent of our parent company. Some of our stories include affiliate links. If you buy something through one of these links, we may earn an affiliate commission.