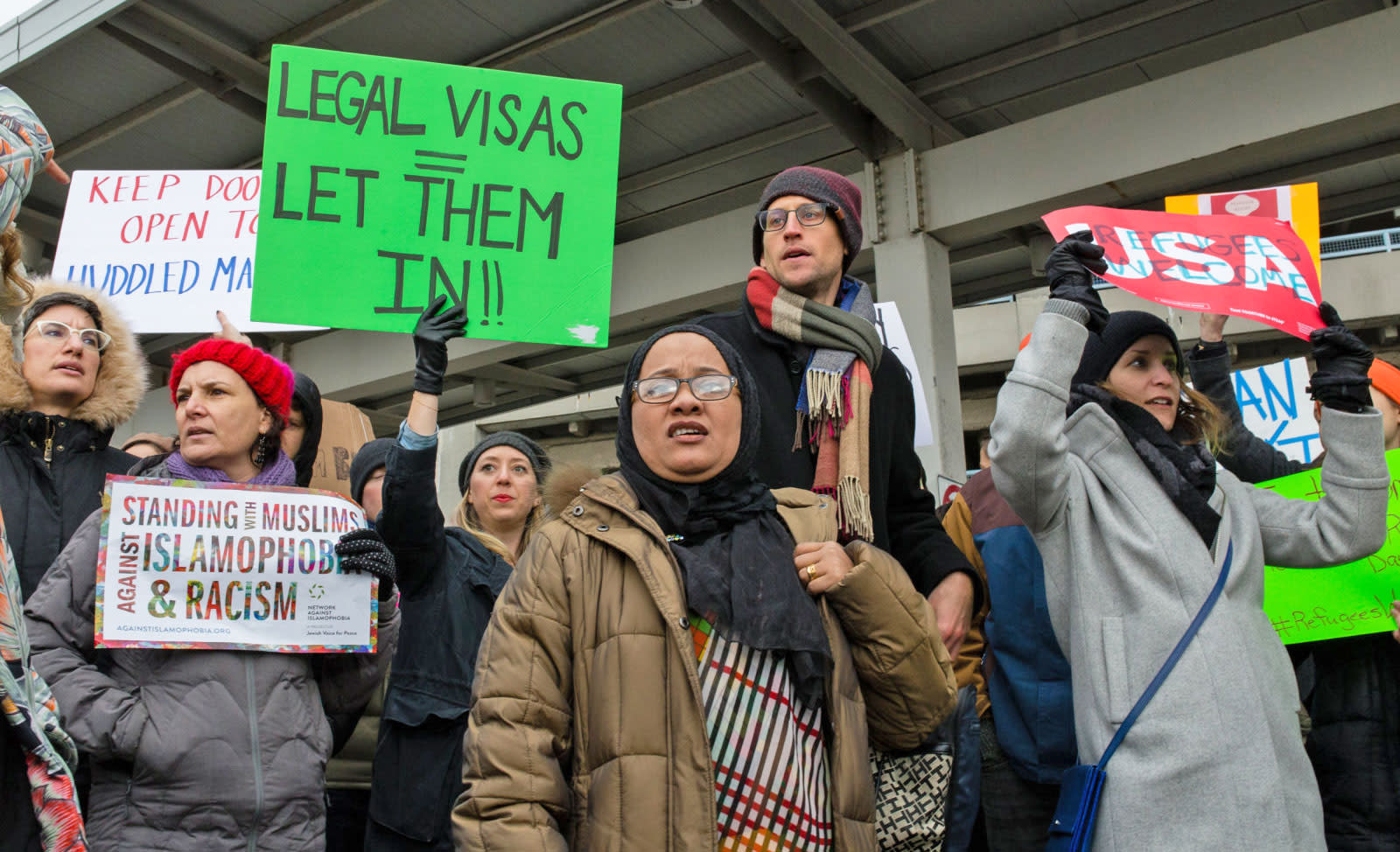 President Trump's restrictions on immigration from Muslim-majority countries is affecting many, many more tech companies besides Google. Apple, Microsoft, Uber and others are rushing to accommodate employees who suddenly find themselves isolated by the new ban -- and in some cases, pressing for change at the highest levels. Apple, for instance, is both providing staff with support and "reaching out" to the White House to discuss the "negative effect" of the ban. Microsoft, meanwhile, says it's offering "legal advice and assistance" to workers. Uber, meanwhile, is discussing a very specific solution.

In a Facebook post, Uber chief Travis Kalanick stated that his company would identify affected drivers and "compensate them pro bono" during the next three months. They won't have to worry about "putting food on the table" in the meantime, he says. The ridesharing firm will offer more info in the days ahead.

On top of the practical considerations, tech companies are also voicing a concerted moral opposition to the immigration ban. Apple CEO Tim Cook is reminding staff that "diversity makes us stronger," and that the company wouldn't exist without immigration -- Steve Jobs was the child of a Syrian immigrant, after all. Netflix CEO Reed Hastings, meanwhile, decries the restrictions as both "un-American" and likely to increase the threat to Americans by fostering hate. Twitter's Jack Dorsey says that the human and financial effects of the order are "real and upsetting." Mozilla is also chipping in with arguments that this both creates a "barrier to innovation" and hurts people who may face "persecution, terror and war." Whatever you believe, it's safe to presume that the tech world won't be quiet about this issue any time soon.

Update: Tesla founder Elon Musk (who, if you'll recall, is part of Trump's policy forum) has voiced his opposition to the immigration ban. He notes that this is "not the best way" to solve the country's problems, and that many people hurt by the restrictions are "strong supporters of the US." It's a diplomatic comment, to be sure, but also a direct one.

Update 2: AIrbnb CEO Brian Chesky says his company will offer free housing to refugees and others not allowed in the US as a result of the ban. More details are coming later.

The Executive Order's humanitarian and economic impact is real and upsetting. We benefit from what refugees and immigrants bring to the U.S. https://t.co/HdwVGzIECt

Many people negatively affected by this policy are strong supporters of the US. They've done right,not wrong & don't deserve to be rejected.

In this article: airbnb, apple, culture, donaldtrump, elonmusk, executiveorder, immigration, microsoft, mozilla, muslim, netflix, politics, tesla, trump, twitter, uber
All products recommended by Engadget are selected by our editorial team, independent of our parent company. Some of our stories include affiliate links. If you buy something through one of these links, we may earn an affiliate commission.