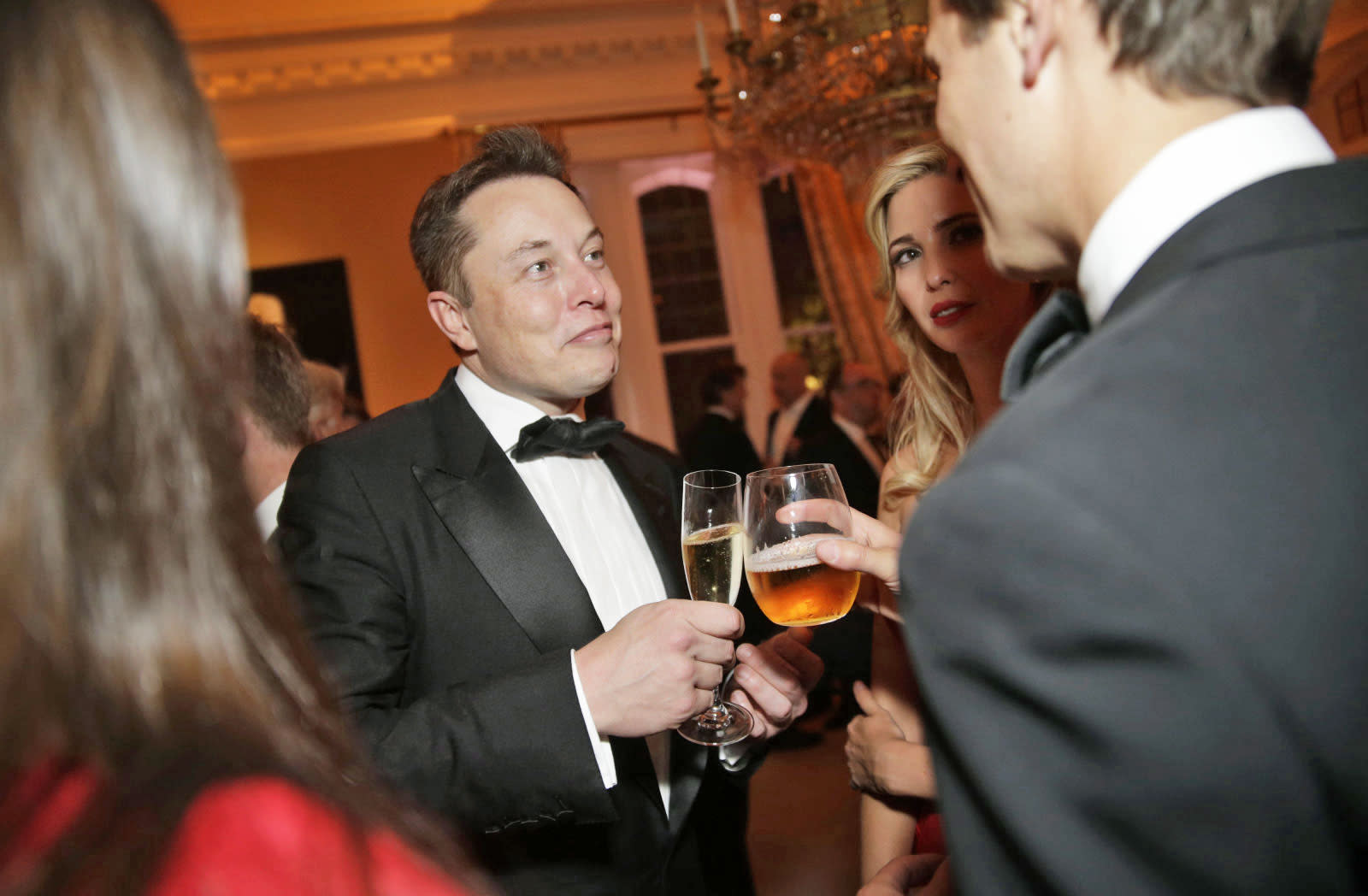 US President-elect Donald Trump has been crafting a Strategic and Policy Forum to ask business leaders for advice on economic decisions, but it has mostly drawn from conventional corporate heavyweights like General Motors, JPMorgan Chase and IBM. However, he's shaking things up a bit today: the future leader has announced that Tesla/SpaceX CEO Elon Musk and Uber CEO Travis Kalanick will join the Forum. Trump sees them as broadening the reach of his advisor group, adding "innovative and vibrant" companies that will help create jobs "from Silicon Valley to the heartland."

This doesn't mean that either executive is a cheerleader for Trump. As recently as November, Musk said that Trump was "not the right guy" for the presidency. Kalanick, meanwhile, joked that he would move to China if Trump won. As with the imminent tech CEO meeting with Trump, this is likely about making sure their voices are heard in a White House that isn't necessarily sympathetic to their views. Musk, for instance, wants a quick move toward clean energy and electric cars -- a stark contrast with a Trump camp bent on protecting the fossil fuel industry and denying evidence of human-made climate change.

This isn't to say the Forum additions aren't raising eyebrows. If you'll recall, Musk worked with Trump transition team member Peter Thiel when the two were leaders at PayPal. It's been over a decade since Musk and Thiel were so closely linked, but it's hard to ignore the connection. And Kalanick may well be happy with Trump's choice of Elaine Chao as the head of the Department of Transportation. Chao isn't a fan of federal-level regulation or worker's rights groups, which suits a ridesharing company that sometimes skirts the law and fights tooth and nail to avoid treating its drivers as employees. Even though they have clear objections to Trump, they also have some skin in the game.

In this article: culture, donaldtrump, elonmusk, politics, president, space, spacex, tesla, transportation, TravisKalanick, trump, uber, whitehouse
All products recommended by Engadget are selected by our editorial team, independent of our parent company. Some of our stories include affiliate links. If you buy something through one of these links, we may earn an affiliate commission.