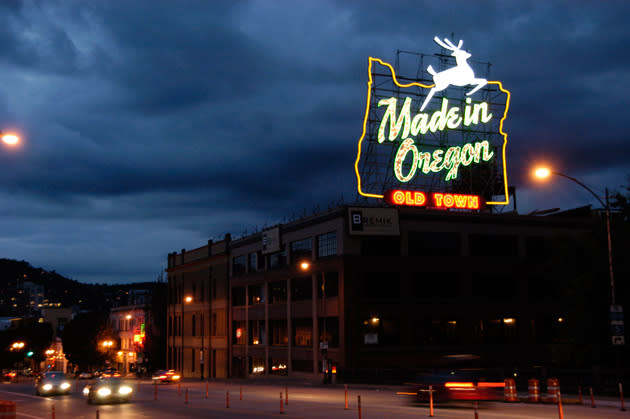 Uber has a long, long history of flouting laws that limit its ridesharing business, but Portland isn't taking this disobedience lying down. The Oregon city just sued Uber for allegedly violating its hired transportation rules, and has issued a cease-and-desist order that takes Uber's "illegal" operation off the road until it both gets driver permits and meets requirements for consumer protections and safety. Commissioner Steve Novick wants company staff to "make their case" for looser regulations at Portland's city council rather than drive first and ask questions later.

Uber isn't saying whether or not it will defy the local government or freeze its operations Las Vegas-style, although it may not have much choice but to wind down unless it catches a break. As always, though, it's hoping that the positive vibes of (most) customers will get Portland to change its mind. A spokesperson tells The Next Web that Uber got a "tremendously warm welcome" in the few days it was operating before the lawsuit, and a petition to revamp the legislation already has thousands of signatures. That grassroots support may help, but it isn't going to be enough -- until there's a compromise, Portlanders will have to get around by bike if they want to look hip and trendy.

In this article: ceaseanddesist, law, lawsuit, portland, regulation, ridesharing, transportation, uber
All products recommended by Engadget are selected by our editorial team, independent of our parent company. Some of our stories include affiliate links. If you buy something through one of these links, we may earn an affiliate commission.