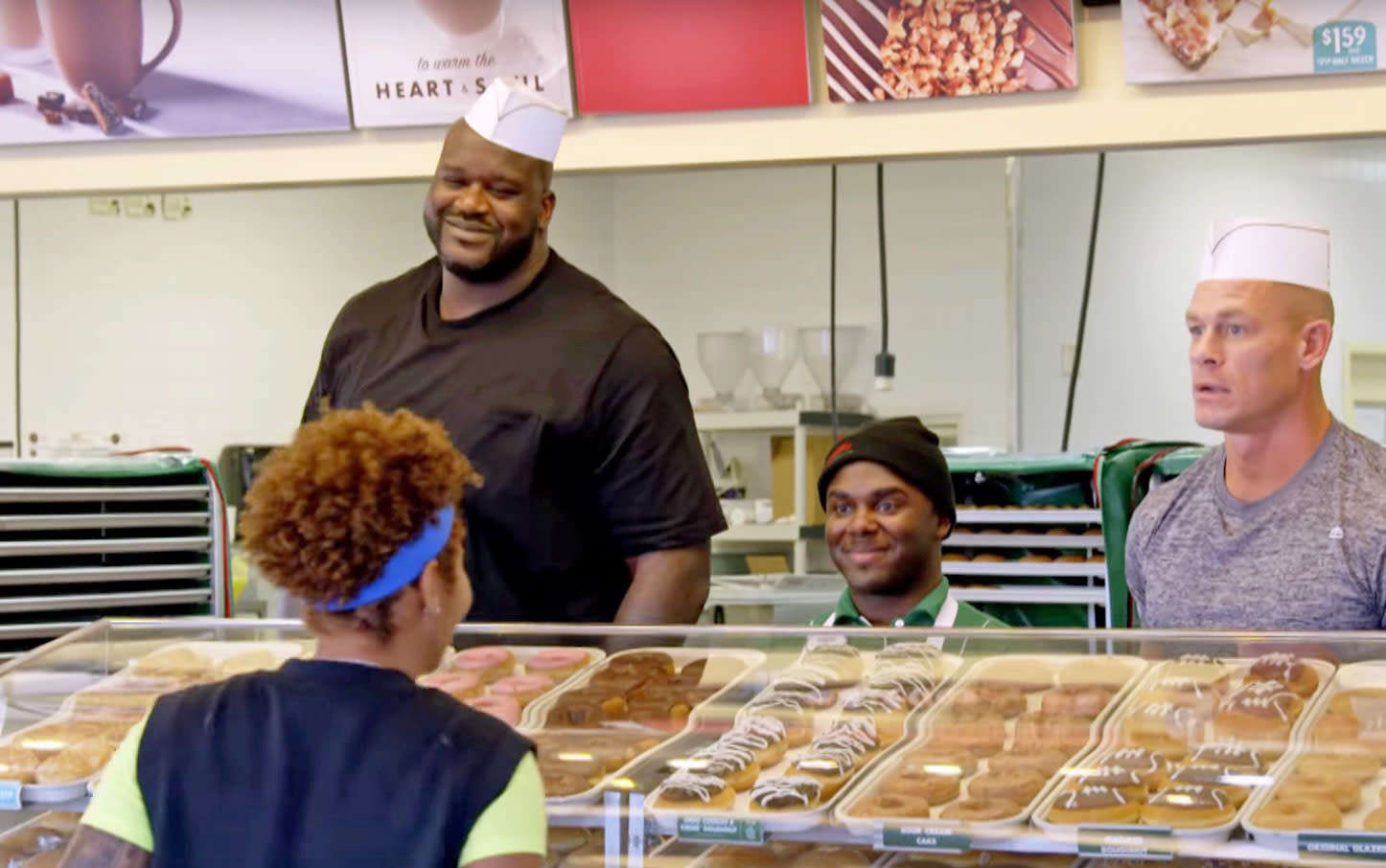 It's been six months since Apple acquired the keys to the viral juggernaut that is Carpool Karaoke. In that time, we've learned that the iPhone maker plans 16 half-hour episodes that will include celebrities like Alicia Keys, Ariana Grande, John Cena and Will Smith, but there's been little talk about how it will stand alone from the original Late Late Show segment. Thanks to a new trailer, we now have some idea of the route Apple is taking: much of it is staying the same, but an Apple budget will also take the series in a couple of new directions.

First, is additional confirmation that British host James Corden won't front every installment. He does appear in some, but the trailer also shows shots of Billy Eichner riding shotgun with Metallica and John Legend driving Alicia Keys (although Corden is shown in the back seat in a later shot). Second, the teaser highlights that some parts of the show won't take place in a car at all. Shaq and John Cena are shown hanging out in a bakery, John Legend welcoming a choir in a laundromat and Will Smith whizzing by the Hollywood sign in a helicopter.

Although Apple is ready to market its new series, during the Grammys no less, there's still no word on when the episodes will be released. The company says it's "coming soon" to Apple Music, which likely means you'll need a subscription to view them.

In this article: apple, applemusic, av, CarpoolKaraoke, entertainment, internet, jamescorden, TL17KARA
All products recommended by Engadget are selected by our editorial team, independent of our parent company. Some of our stories include affiliate links. If you buy something through one of these links, we may earn an affiliate commission.