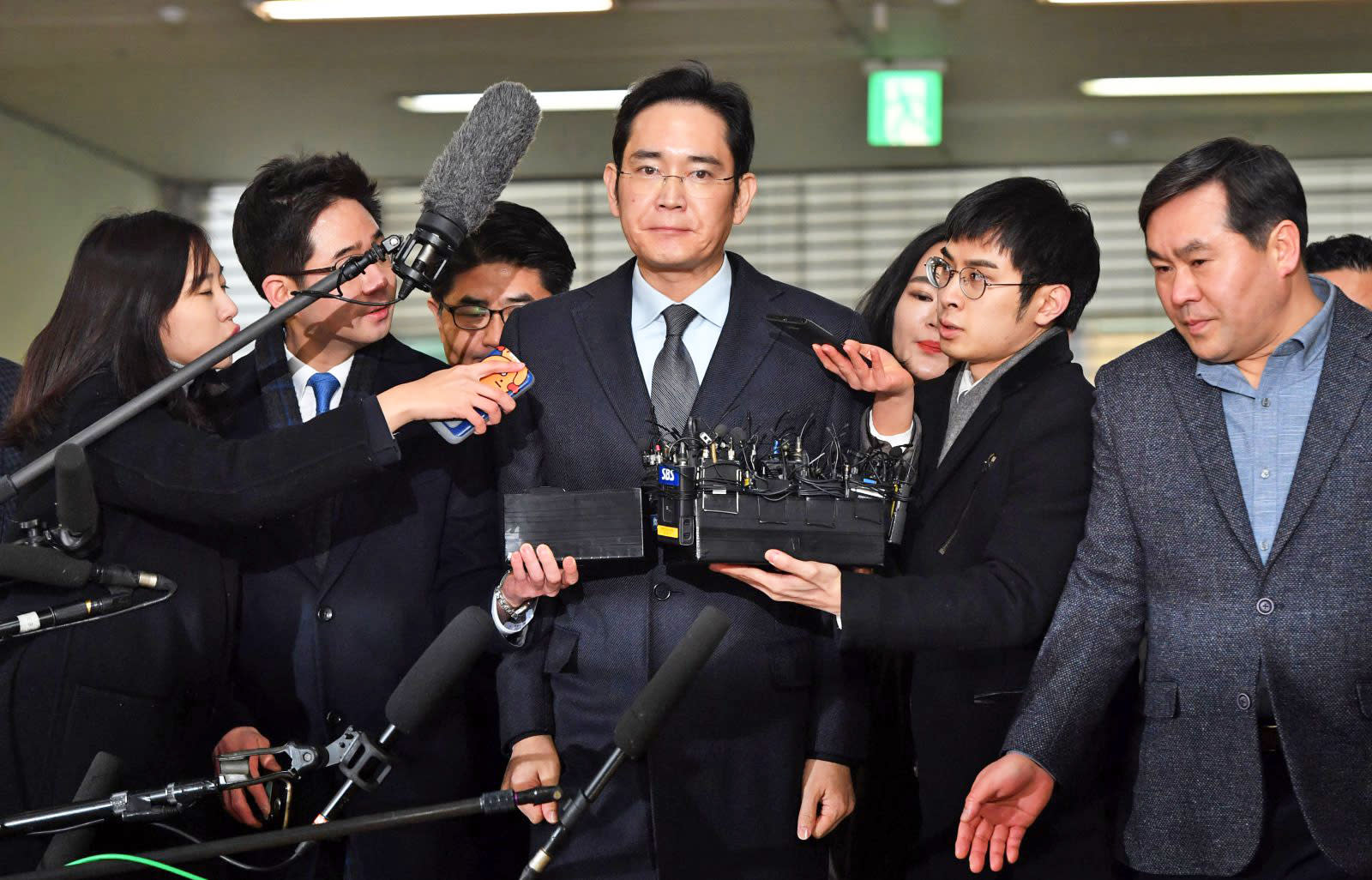 Following his arrest, Samsung Vice-Chairman Lee Jae-yong will be indicted on charges of bribery, embezzlement and two other crimes, according to Bloomberg and The Wall Street Journal. It's the start of legal proceedings that could put Lee in jail for years, stalling a planned succession due to his father's heart attack and hospitalization. Four other executives were charged, including Corporate Strategy Office Vice Chairman Choi Gee-sung and President Chang Choong-ki.

The case could eventually bring down Korea's President Park Geun-hye, too. Samsung's Lee allegedly directed around $37 million to various bodies controlled by a friend of Park in exchange for backing of a merger between two Samsung affiliates. That would have firmed up Lee's control of Samsung Electronics, the company behind Galaxy Note 7 and upcoming Galaxy S8 smartphones. Park herself was impeached in December and could be removed from office in weeks.

Samsung admitted it made the payments, but denied they were for political gain, the WSJ says. Prosecutors have reportedly spent months building the case and the trial could drag on for as long as 18 months. Lee can seek bail after the indictment, but his succession to Chairman, already delayed by the failure of the Galaxy Note 7, while likely be stalled further or halted completely.

In this article: Bribery, business, Chairman, Corruption, culture, Embezzlement, LeeJae-yong, politics, samsung
All products recommended by Engadget are selected by our editorial team, independent of our parent company. Some of our stories include affiliate links. If you buy something through one of these links, we may earn an affiliate commission.