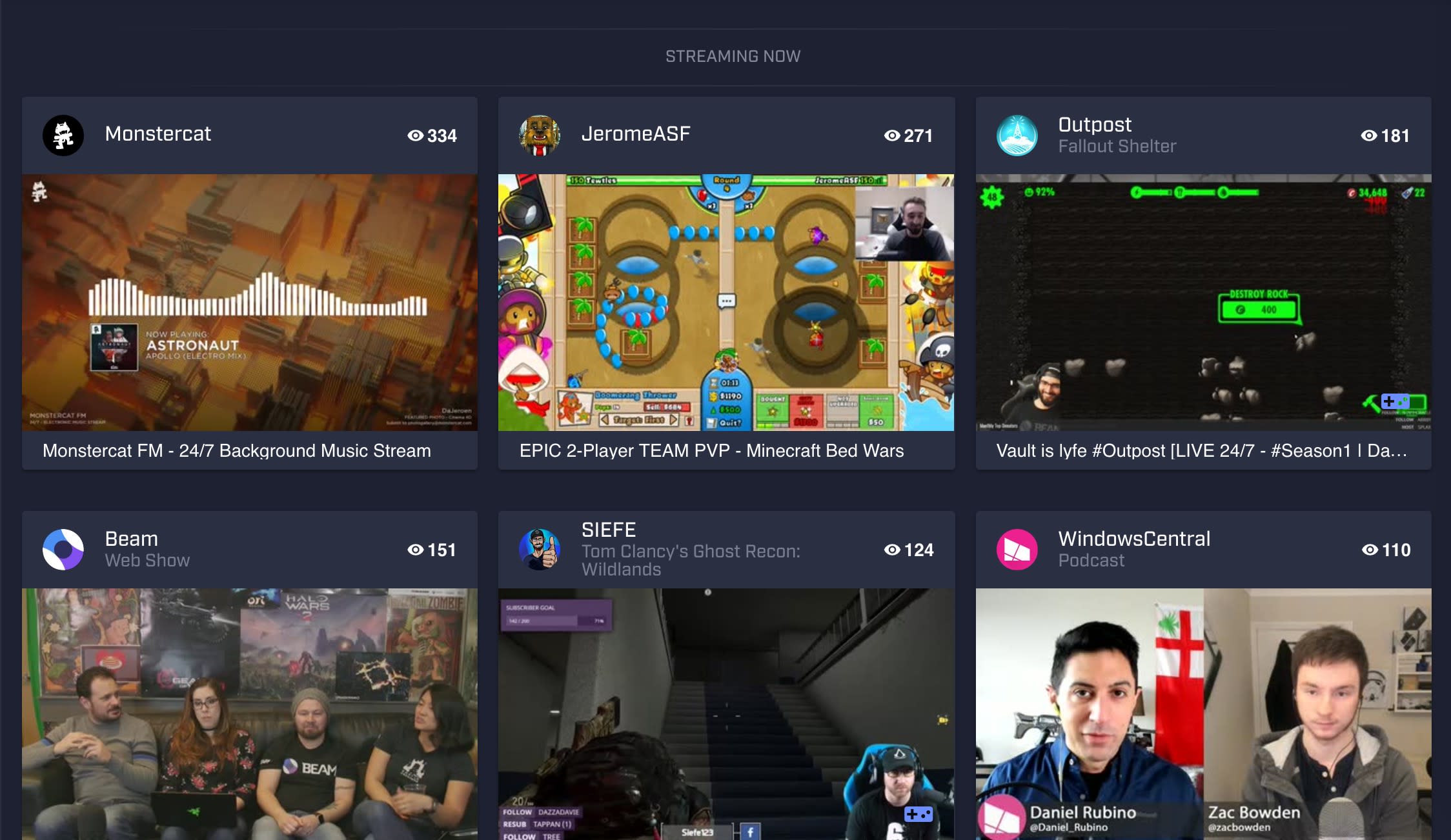 Seven months after snapping up Twitch competitor Beam, Microsoft is unveiling a major update to its interactive tools for video game streamers. Called Interactive 2, the new system is "built from the ground up" to improve interactive features for both game streamers and the folks who watch them, starting in March of this year.

The newly announced features focus on removing the friction between streamer/content providers and their audience. Beam already has low-latency technology that allows easy, real-time communication as well as rewards for watching streams. You can earn experience points as well as "sparks, which let you level up your account and act as currency for the Beam community, respectively.

Interactive 2 focuses even more on the interactivity front, with tools that empower influencers to give their audience more control over the game being played. You can add new buttons and interactive elements that float over your stream video, and new controls will let you know who's pushing your buttons while they watch. You can also group your players into teams to provide them with a customized set of controls for each group, and you can use either the new Interactive Studio or a web-based system to set up your stream for interactivity. The Beam team is also providing new and updated SDK access to the platform as well.

Beam is already pretty easy to use, and is available on mobile and Apple TV along with Xbox Live, as well as on the web with a Flash-free HTML 5 experience. The new Interactive 2 updates will continue to further Microsoft's streaming goals, removing even more friction between the technicalities of streaming and the community doing the streaming.

In this article: beam, gaming, internet, microsoft, personal computing, personalcomputing, streaming, twitch, video games
All products recommended by Engadget are selected by our editorial team, independent of our parent company. Some of our stories include affiliate links. If you buy something through one of these links, we may earn an affiliate commission.