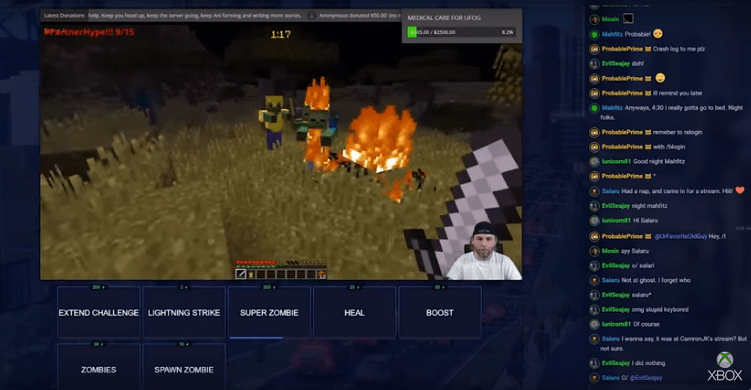 Microsoft has just announced its acquisition of the livestreaming service Beam, a platform that allows viewers to interact with streamers during broadcasts.

Beam allows for real-time communication between streamers and their fans rather than focusing on passive viewing like Twitch. For instance, viewers can choose the next weapon you use to dispatch enemies, select a game mode or even fly a drone around your room.

Beam's SDK allows for interactive experiences that go beyond simple chatting and viewing streams. In addition to directly interfacing with streamers and getting involved in-game, you can also earn XP points, boosters and emoticons based on how much you watch and how often you tune in.

By joining Microsoft's cadre of services it's obvious Beam will be able to grow larger together than it would have by itself, a sentiment echoed by Beam CEO Matt Salsamendi: "As part of the Xbox team, we'll be able to scale faster than we've ever been able to before."

It appears from Microsoft's announcement that the upcoming Sea of Thieves and Minecraft may be big parts of Beam going forward, as they're both titles that largely draw from social interaction. Sea of Thieves is an interesting amalgam of first-person gameplay and user-generated content that allows players to create their own stories by playing cooperatively.

They're the kind of games that seem perfect for the type of interaction Beam can bring to the table, especially when the lines of communication are opened from two or three players in-game to viewers across the world, and as Microsoft has mentioned them expressly during its acquisition announcement, it's clear what direction Beam integration is meant to go in.

Gaming is always becoming more social, and Beam is an interesting chance to blur the lines between spectating and actually getting involved.

In this article: av, beam, gaming, LiveStreaming, microsoft, xbox
All products recommended by Engadget are selected by our editorial team, independent of our parent company. Some of our stories include affiliate links. If you buy something through one of these links, we may earn an affiliate commission.