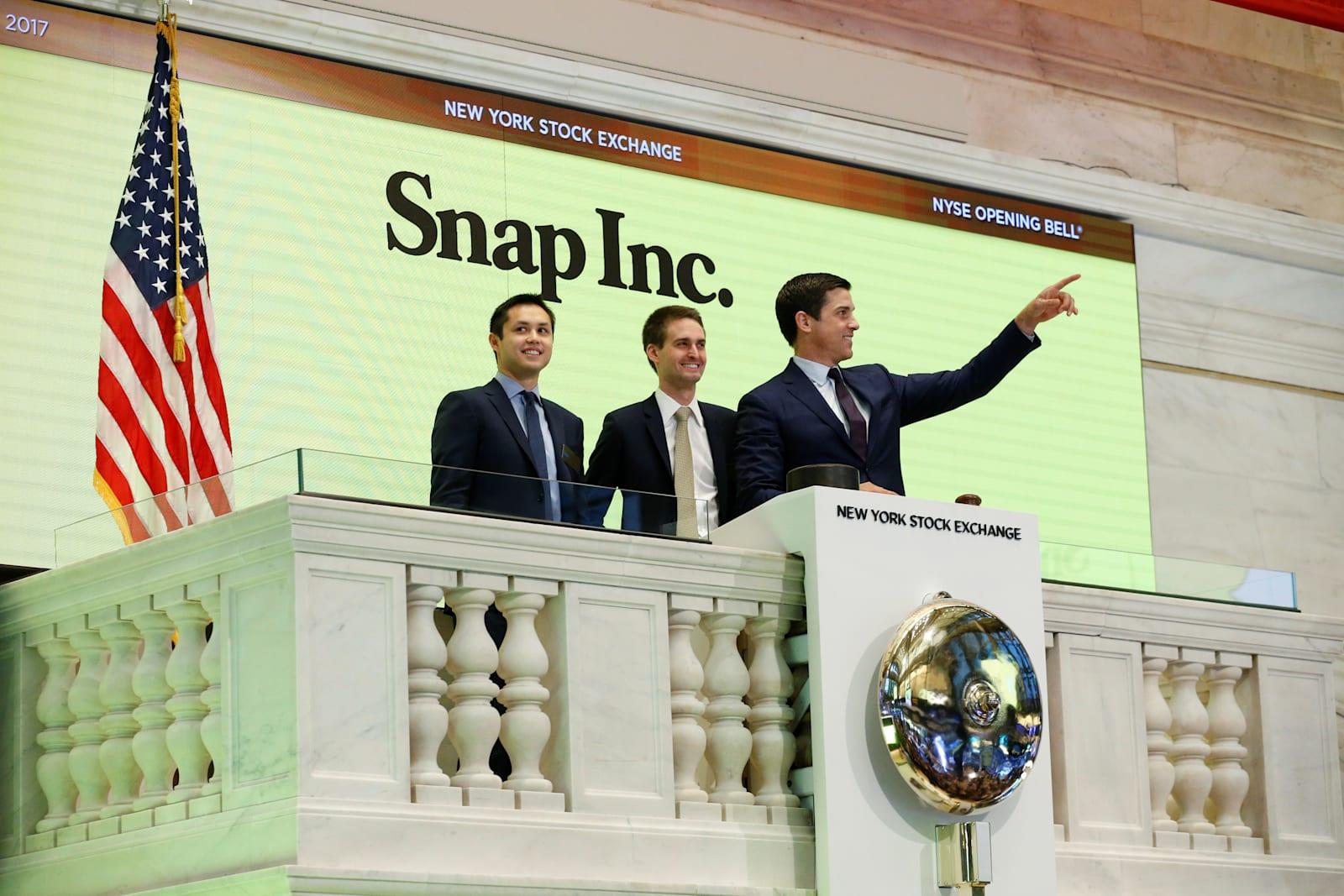 Yesterday, Snap Inc. (parent company of Snapchat) finally went public -- and despite some controversy, it had a pretty good first day on the stock exchange. As it turns out, that's due in part to a massive investment from NBC Universal, which put a whopping $500 million into the company. CNBC (which is obviously owned by NBC Universal) reports that the deal was a "strategic investment and partnership" and that it's the only such investment from a US media company.

NBC has made similar investments on other digital media companies in recent years, including $400 million in Buzzfeed and $200 million in Vox Media. And the media giant has worked with Snap in the past. NBC, Buzzfeed and Snap all partnered for coverage during the Rio Olympics this past summer, and NBC has made Snapchat-ready versions of content from some of its most popular programs (including SNL and The Voice).

This deal appears to be the result of a year-long attempt from NBC to woo Snap CEO Evan Spiegel into a closer partnership. The question now is wheter Snap's forays into media-created content will change thanks to this investment. A memo from NBC Universal Steve Burke (published by Recode) doesn't provide much in the way of hints. He indicates that more Snapchat-formatted versions of NBC shows will come, and the companies will partner again for the Olympics, but we'll have to wait and see exactly what sort of new, millenial-focused media this partnership produces.

In this article: business, culture, nbc, nbcuniversal, snap, snapchat, snapIPO
All products recommended by Engadget are selected by our editorial team, independent of our parent company. Some of our stories include affiliate links. If you buy something through one of these links, we may earn an affiliate commission.