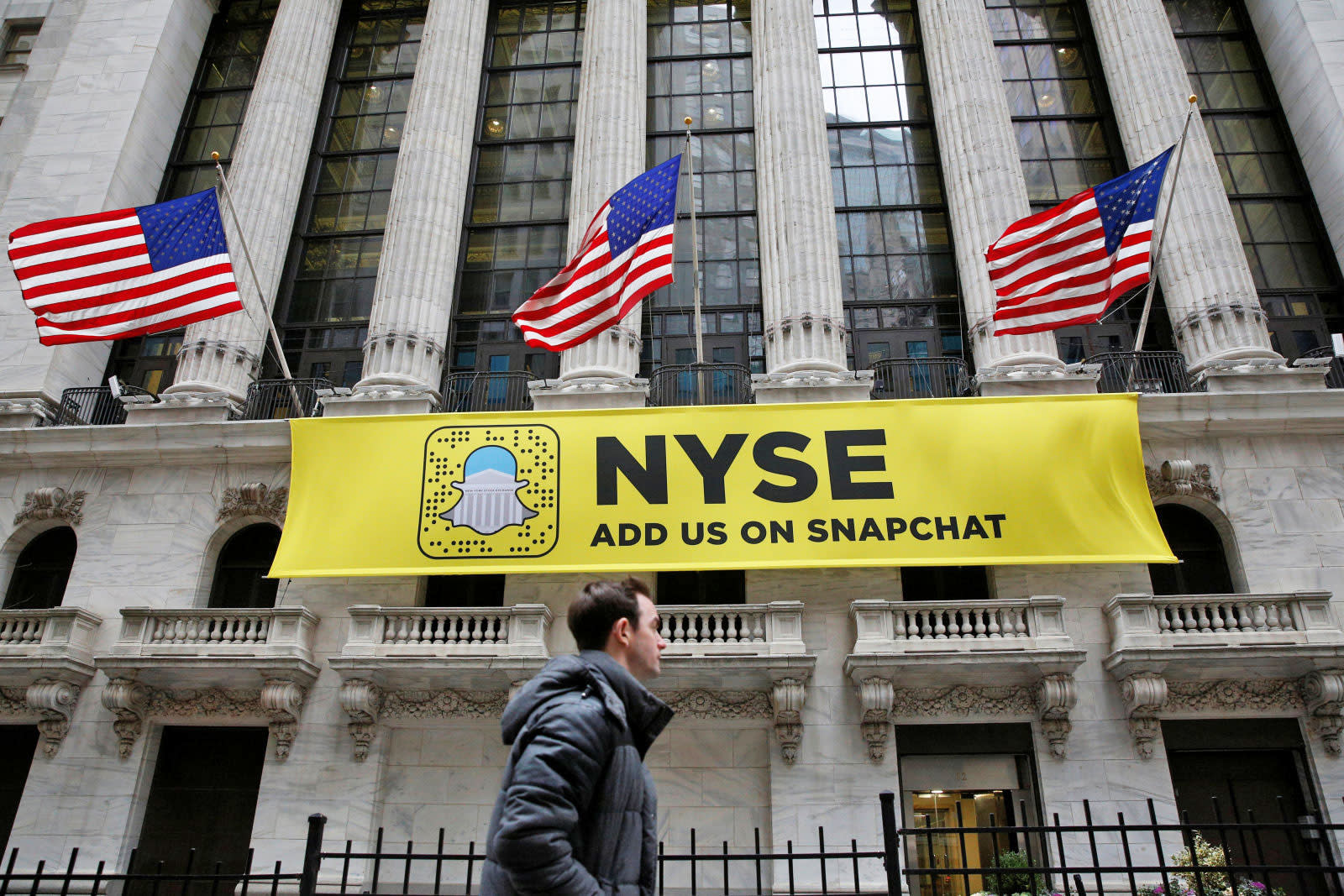 Snapchat's parent company has finally filed for its IPO, and Wall Street has questions. Beyond what Reuters reports is the "richest" initial public offering since Facebook, is news that an investor committee advising the Securities and Exchange Commission will review some of Snap's more, ahem, peculiar moves. Like if denying shareholders voting rights will extend into hiding executive pay and "other governance matters."

The worry about that first bit is it could set precedent for other highly-valued tech companies to do the same. Instead, Reuters says that Snap "insiders" and early investors have control of the company -- not folks who jumped on the $17 per-share IPO. The company is currently valued at $33 billion according to Recode. As of this writing, shares were trading at $25.93.

While voting rights aren't a requirement, they're a standard practice that a company performs to foster a sense of transparency. You could even say that getting shareholder votes is the point of an IPO. What Snap is doing here is railing extremely hard against any sort of transparency. It's the antithesis of Google's whole mission of "don't be evil" motivation from its 2004 IPO.

For those well versed in investor jargon, "the question becomes, since there are no common shareholders' proxy votes to do, what does that do to the level of disclosures it [Snap] will have to do for annual meetings and annual reports." That's from the chairman of the SEC's Investor Advisory Committee Kurt Schacht.

But, given how Snap has shrugged off responsibility and criticism in the past, perhaps we should've seen this coming. The SEC's Investor Advisory Committee will meet on March 9th to discuss, among other things, "unequal voting rights of common shares."

In this article: business, culture, investoradvisorycommittee, ipo, kurtschacht, nyse, sec, SecuritiesAndExchangeCommission, snap, snapchat, valuation, wallstreet
All products recommended by Engadget are selected by our editorial team, independent of our parent company. Some of our stories include affiliate links. If you buy something through one of these links, we may earn an affiliate commission.