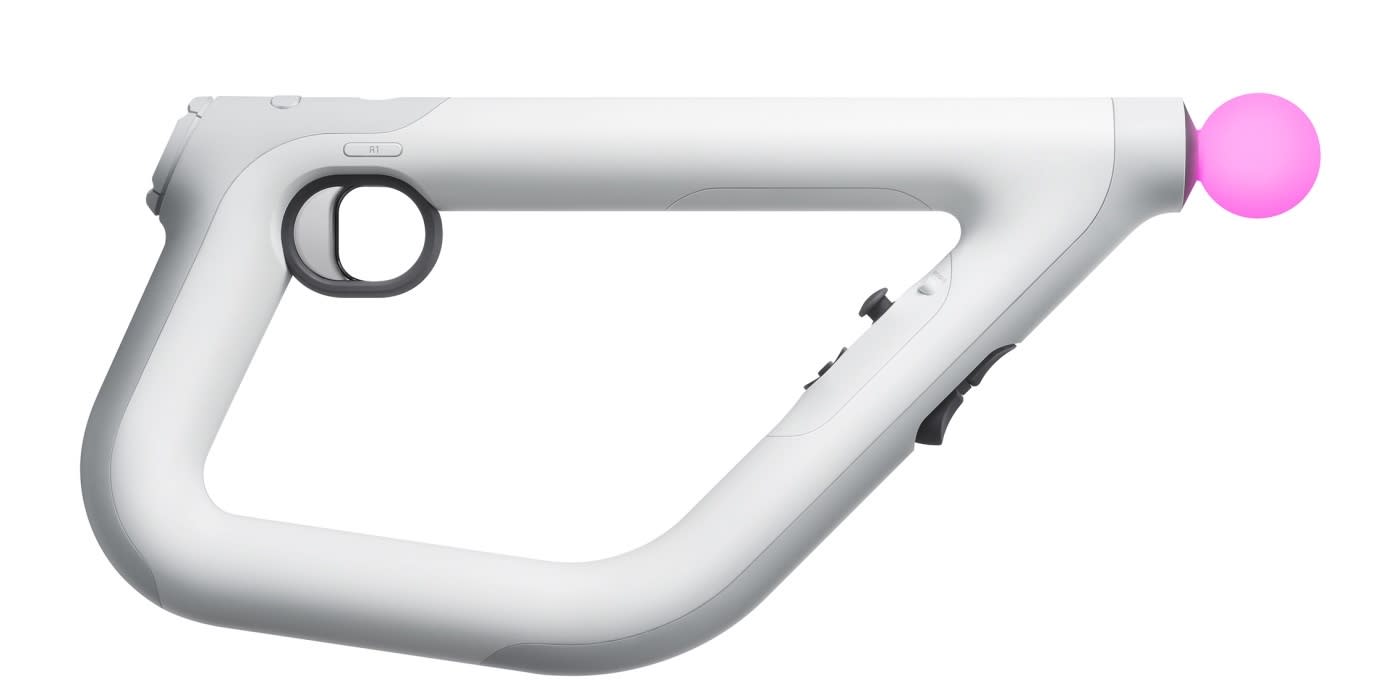 If you've been waiting to try Sony's VR light gun, or PS VR Aim Controller, then you can now start to get excited. Independent developer Impulse Gear has let slip to RoadToVR that the peripheral will hit store shelves on May 16th, 2017, alongside the VR shooter it created, Farpoint. We've known since E3 last year that Farpoint was designed for the new controller, although details of the bundle are new.

RoadToVR is also reporting that Sony is planning on developing a series of first-party games designed for the peripheral. That should help reassure concerned buyers, leery about picking up the controller that may work with just one title. In addition, horror game The Brookhaven Experiment will gain support for PS VR Aim at some point in the future.

In this article: av, Farpoint, gaming, PlayStation, PlayStationVR, PSVR, PSVRAIm, PSVRAimController, sony
All products recommended by Engadget are selected by our editorial team, independent of our parent company. Some of our stories include affiliate links. If you buy something through one of these links, we may earn an affiliate commission.