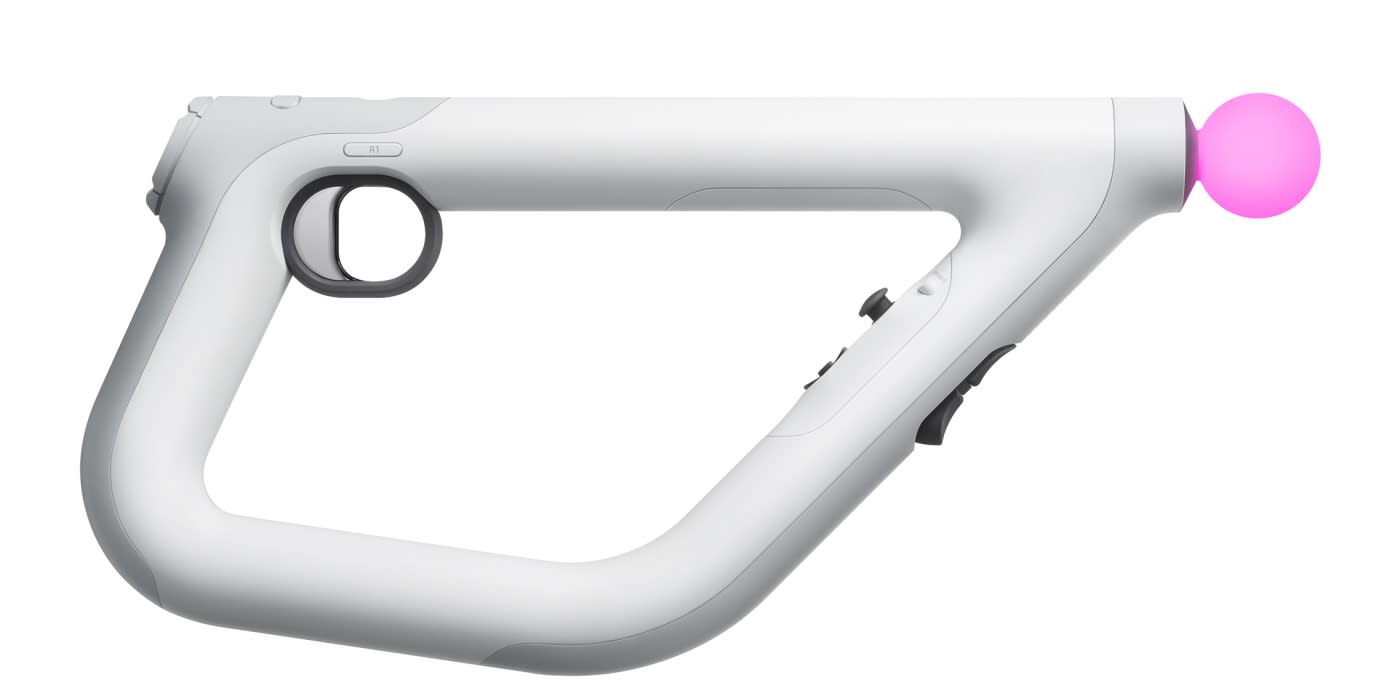 The PlayStation VR headset might not be the only new PS4 accessory you're grabbing this fall, as Sony unveiled this add-on for use with the game Farpoint. The PS VR Aim Controller picks up where the PlayStation Move shooting attachment and Sharp Shooter left off a few years ago, promising direct 1:1 tracking -- wherever you point the controller, your in-game gun points the same way. Farpoint is a PS VR exclusive and developer Impulse Gear is already claiming it enables "things in Farpoint that just are not possible in a standard FPS game." We'll hopefully have a chance to judge that on the E3 show floor this week, but first you can check out a trailer below. In this article: accessories, E32016, Farpoint, FPS, gadgetry, gadgets, gaming, gear, PS4, PSVR, PSVRAimController, sony, video
All products recommended by Engadget are selected by our editorial team, independent of our parent company. Some of our stories include affiliate links. If you buy something through one of these links, we may earn an affiliate commission.