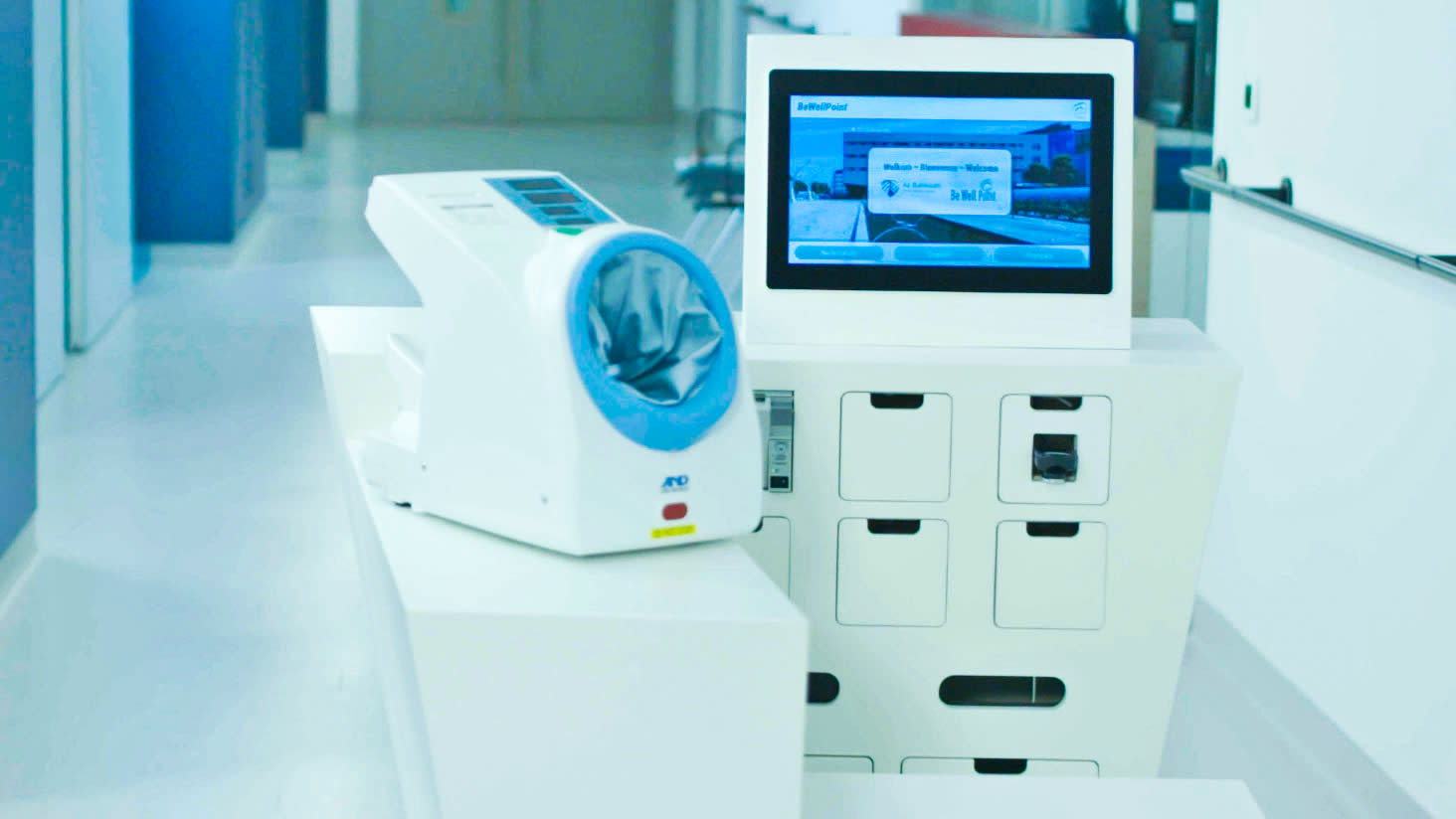 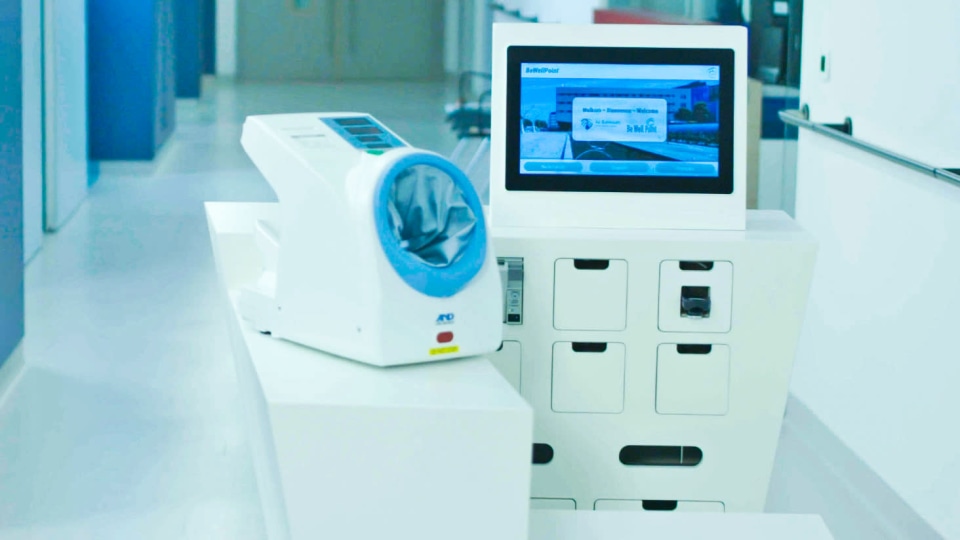 If you think that the march of automation isn't going to affect jobs in the medical profession, then, uh, you better sit down. A Belgian company called BeWell is showing off WellPoint, a self-service kiosk that's designed for patients entering hospitals or clinics. The WellPoint is a touchscreen-enabled booth that operates as a first port of call for visitors, quickly checking your basic vitals before you see a medical professional. According to BeWell, initial contact with a nurse where your blood pressure, pulse oximetry and weight are tested takes seven minutes. Then, of course, there are an additional few minutes when that nurse takes that data and enters it into the hospital's internal IT system. WellPoint, by comparison, can do it in three minutes and instantly update your medical records.

In addition, the touchscreen can also be used to run through a series of pre-analysis questions to update your medical history. As such, medical professionals could avoid going through the tedious form-filling process that begins every consultation. In addition, the unit has apparently already proved effective, raising the alarm when it found a patient on the edge of an embolism during a test in a European hospital.

The process begins by sitting down at the booth and activating the test, which would normally require offering your hospital ID card. You're then asked to slide your arm into an automated blood pressure cuff on the left side and push the start button when ready. Once that's finished, you stand up, as the footplate of the booth doubles as a scale. Finally, you sit back down and shove your finger into an oximeter to test your levels of oxygen saturation.

So far, a history and the three measurements outlined above are all that the device can do, but that's likely to change soon. The company is eyeing a way of connecting people's blood sugar monitors to the hardware, letting them share their diabetes-testing data to their records.

It's also not the most expensive piece of gear, especially considering the usual high price of medical equipment. One unit would effectively cost a hospital around €8,400 ($8,800) per year. Given that the average US nurse earns around $67,000, you can see why there would be interest.
In this article: Automation, BeWell, culture, Hospitals, Jobs, Medicine, science, WearableTechnologyShow2017, Wellpoint, WTS2017
All products recommended by Engadget are selected by our editorial team, independent of our parent company. Some of our stories include affiliate links. If you buy something through one of these links, we may earn an affiliate commission.