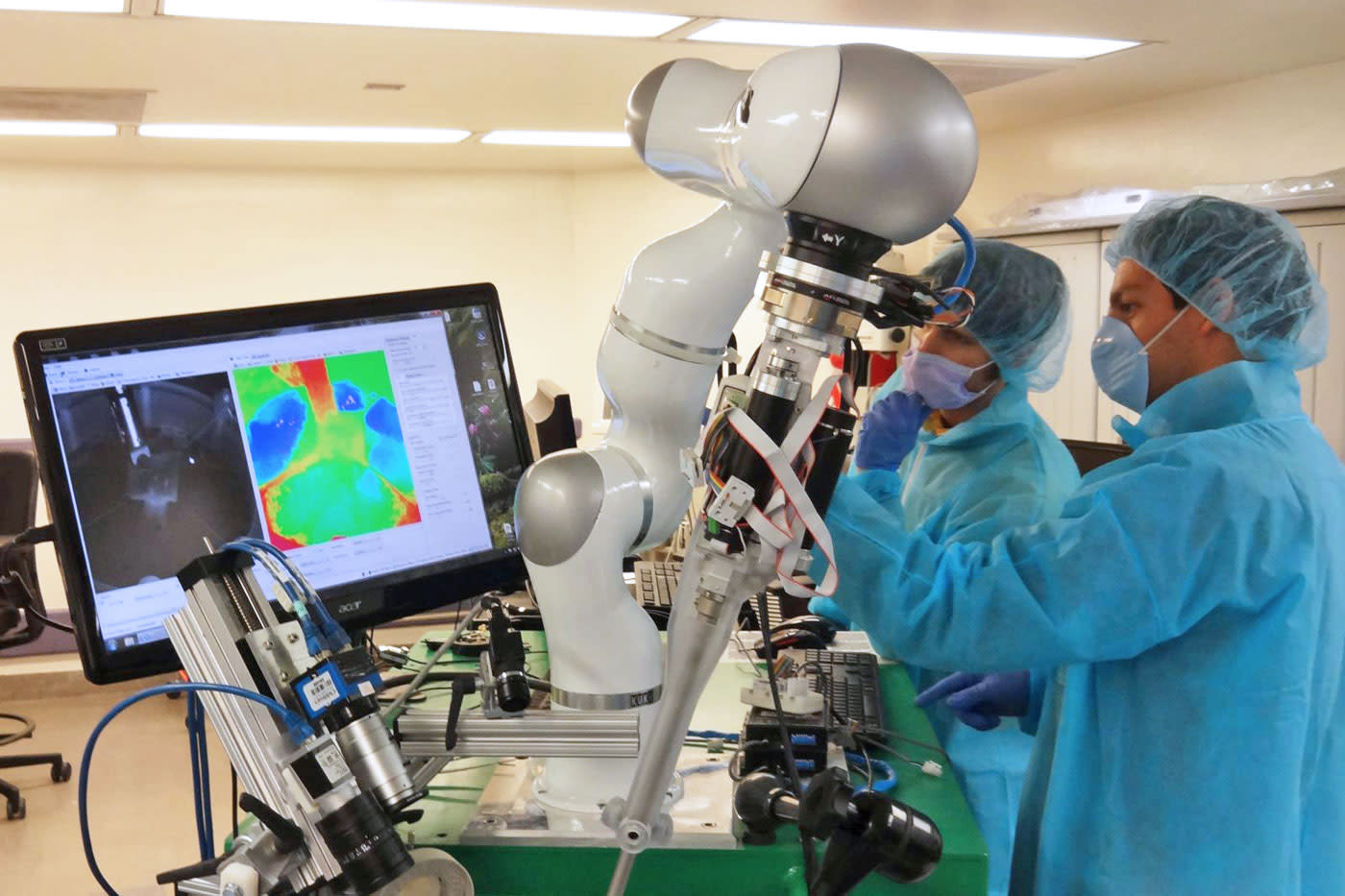 Surgical teams aren't fond of robots that could replace them (just ask Johnson & Johnson), but that doesn't mean they're completely against mechanical helpers. Children's National Medical Center and Johns Hopkins University recently tested a Smart Tissue Autonomous Robot (STAR) arm during experimental bowel surgery on anesthetized pigs. The machine only handled suturing by itself, but excelled at that job -- it sewed more consistently than veteran doctors and even other robotic assistants. Its edge comes from using a depth-savvy light field camera to find fluorescent markers placed inside the tissue, helping it spot folds that would normally stay hidden.

It may seem odd to use advanced technology for such a narrow purpose, but STAR could be particularly valuable if it's put into regular use at the operating table. Surgery is frequently full of repetitive tasks like suturing, so robots could either speed up those chores or free surgeons for other duties (such as prepping for the next phase). Think of it as autopilot: while doctors would get to do the hardest work and claim the glory, they wouldn't have to be active at every stage of an hours-long procedure.

The big challenge is getting autonomous robots that can handle multiple steps by themselves. Even if hospitals don't object to rendering some of their staff obsolete, there's still the matter of developing a surgical bot that can adapt to different processes. As it is, the odds aren't high that doctors can afford to leave a robot alone with a patient anytime soon. Unless the technology becomes effectively foolproof, you'll likely want an expert around to intervene.

In this article: ChildrensNationalMedicalCenter, gear, health, JohnsHopkins, medicine, robots, science, smarttissueautonomousrobot, star, surgery, timeline16robojob
All products recommended by Engadget are selected by our editorial team, independent of our parent company. Some of our stories include affiliate links. If you buy something through one of these links, we may earn an affiliate commission.