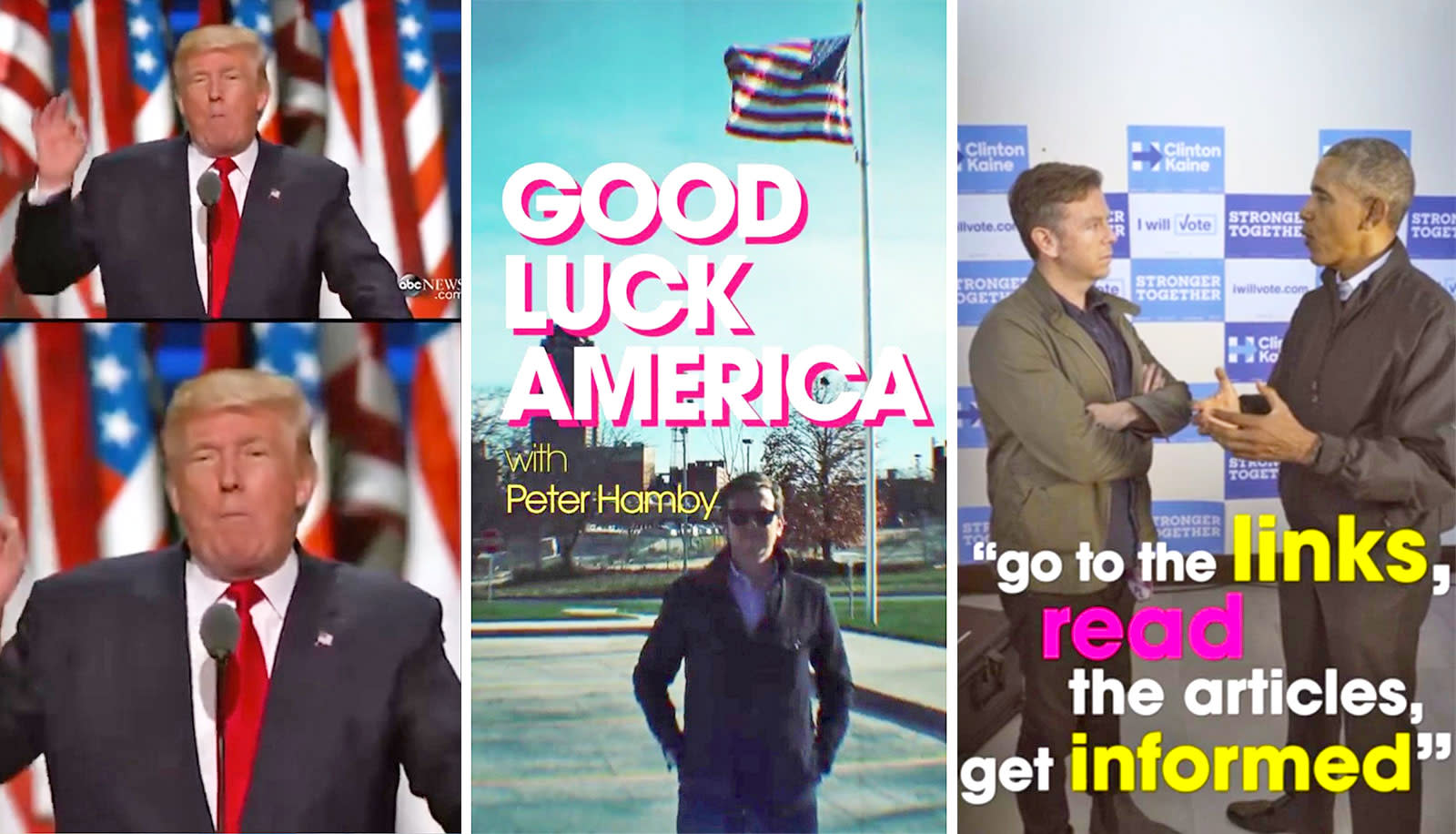 Snapchat will stream a second season of Good Luck America, a political show that aims to "help Snapchatters make sense of a weird time in America," the social network told Variety. It's once again hosted by Peter Hamby, a former CNN correspondent and Snapchat's head of news. The first season launched in January, 2016 and to date it's the only show that the company has produced itself.

Last year, the show informed its mostly young viewers on basics about the nomination process and more in-depth coverage about field organization, debates and more. Hamby also talked about issues important to millennials like student debt and income inequality, and interviewed President Obama, Paul Ryan, Hillary Clinton and other key figures. In the inaugural broadcast, he presciently ended the show by saying "Welcome to 2016. Things are about to get really weird. Good luck America."

Snapchat used Good Luck America to develop techniques for TV news-style reporting adapted for its unique vertical platform. It shared many of those techniques with partners like Disney, which is producing a Snapchat "Aftershow" for The Bachelor. Snap recently went public, earning its founder Evan Spiegal some $850 million, and sees broadcast and media streaming as a key strategy to generate ad revenue.

In this article: CoryBooker, entertainment, GoodLuckAmerica, PeterHamby, politics, Show, Snapchat, SteveDaines, Streaming
All products recommended by Engadget are selected by our editorial team, independent of our parent company. Some of our stories include affiliate links. If you buy something through one of these links, we may earn an affiliate commission.