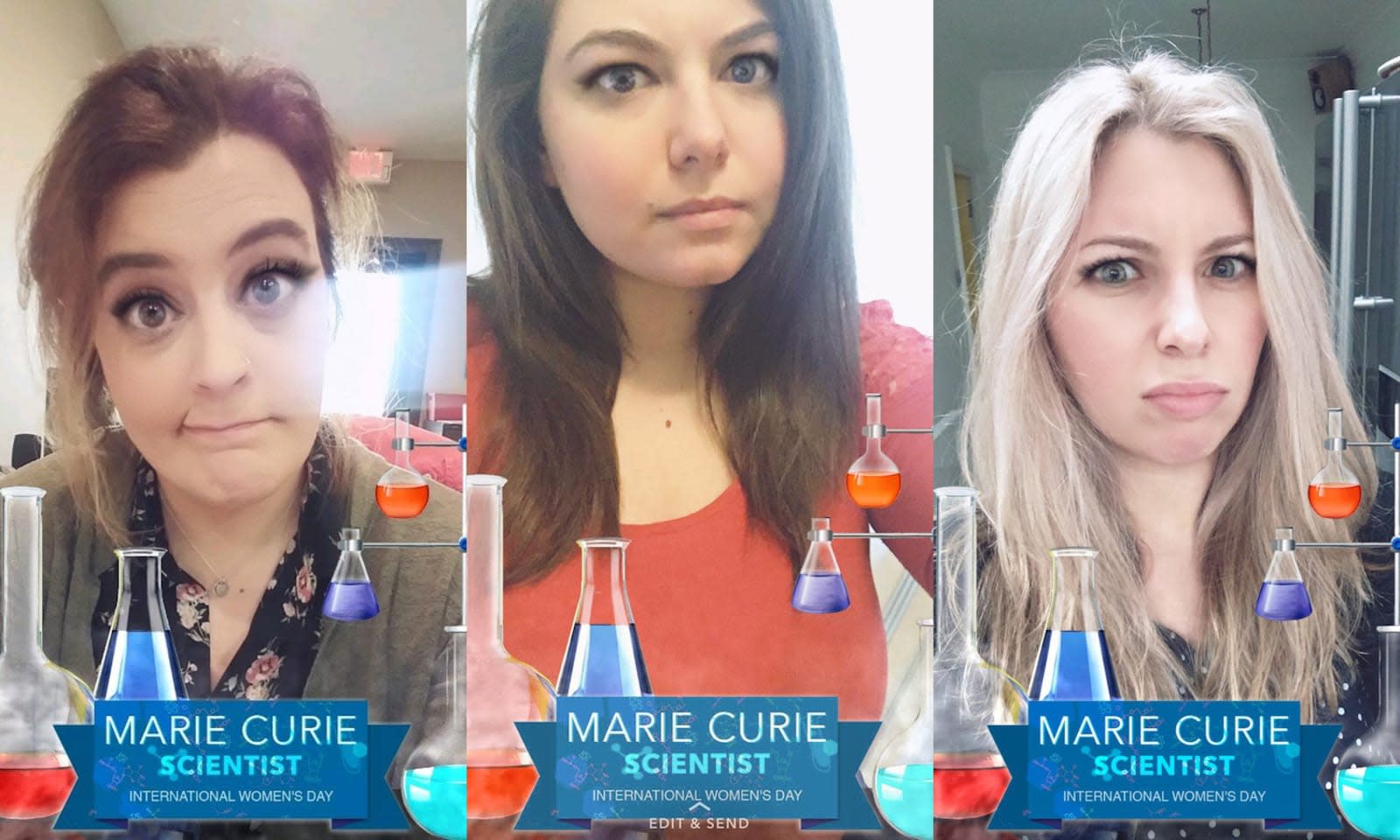 Snapchat has a really hard time celebrating without coming off as offensive. Last 4/20, the app introduced a Bob Marley filter that prompted accusations of racial insensitivity. A few months later, it rolled out an anime-inspired filter that sure looked a lot like yellowface. Now, it's National Women's Day, and the company has messed up yet again.

Snapchat users can celebrate with new filters based on three historic women: painter Frida Kahlo, civil rights activist Rosa Parks and scientist Marie Curie. While the Curie filter features beakers and a ribbon identifying the female luminary, users are wondering why it also adds digital eye shadow and smooths out their skin. While it seems Snapchat had good intentions, it's not clear why it thought a face-enhancing filter was an appropriate way to celebrate the scientific achievements of a legendary woman.

I appreciate the effort @Snapchat but why add the makeup to the Marie Curie filter? #InternationalWomensDay pic.twitter.com/CQ1MZ9S3ZJ

The Parks filter doesn't reach full Marley blackface levels of embarrassment, instead using her signature hat, hair and glasses -- but still turning a person of color's likeness into a costume. Similarly, the Frida Kahlo filter adds her historically accurate hairstyle and thick eyebrows, but reducing her to a few facial characteristics comes off as pretty clueless and insensitive. As of this writing, all three International Women's Day filters still available to use.

As The Verge points out, the company only has one woman on its board of directors, so perhaps there was a lack of female insight here. Then again, it shouldn't take a woman to realize that honoring the first woman Nobel Prize winner with cosmetics isn't a great idea. Considering its past filter-related controversies, it's surprising that Snapchat isn't much more careful about this sort of thing.

In this article: culture, InternationalWomensDay, MarieCurie, mobile, snapchat, SnapchatFilters
All products recommended by Engadget are selected by our editorial team, independent of our parent company. Some of our stories include affiliate links. If you buy something through one of these links, we may earn an affiliate commission.