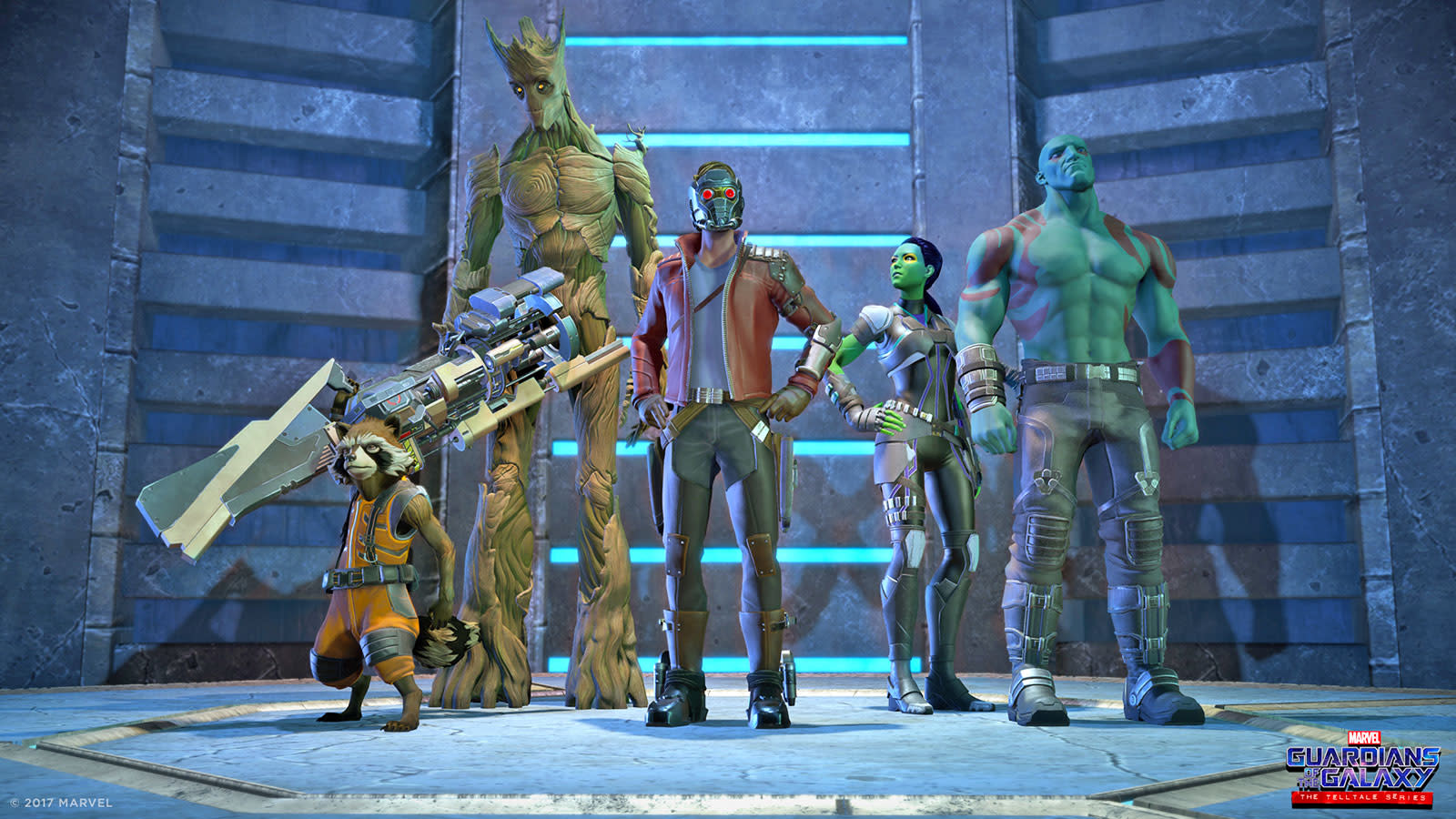 Telltale Games announced it's working with Marvel on a Guardians of the Galaxy game last year. Now, we're getting a sneak peek at the episodic adventure, along with details about its launch date and voice cast.

Marvel's Guardians of the Galaxy: The Telltale Series will premiere this spring on console, PC and mobile devices. It'll also be available at retail as a special season pass disc. There's no word yet on what the episodes or season pass will cost, but other Telltale series like The Walking Dead and Batman are typically between $25-30.

The story revolves around an artifact of unspeakable power the Guardians all desire for their own reasons, as does the series' unnamed female villain. So, it's basically like the plot of the first movie, although it seems likely the game won't tie-in with the Marvel Cinematic Universe. The actors who portrayed the Guardians on the big screen won't be reprising their roles. Instead, the series will feature the voice talents of Friday Night Lights actor Scott Porter (Star-Lord), The Young and the Restless' Emily O'Brien (Gamora), veteran voice actor Nolan North (Rocket), Watch Dogs' Brandon Paul Eells (Drax) and The Wolf Among Us' Adam Harrington (Groot).

Telltale will offer more details about the game during a PAX East panel in Boston on March 10th. One week later, fans at SXSW can play an early version of the first episode during a premiere event at the Paramount Theater where audience members will be able to control the game's story from their seats using their mobile devices.

Gallery: Marvel's Guardians of the Galaxy: The Telltale Series | 4 Photos 4
In this article: gaming, guardiansofthegalaxy, personal computing, personalcomputing, TelltaleGames, videogame
All products recommended by Engadget are selected by our editorial team, independent of our parent company. Some of our stories include affiliate links. If you buy something through one of these links, we may earn an affiliate commission.