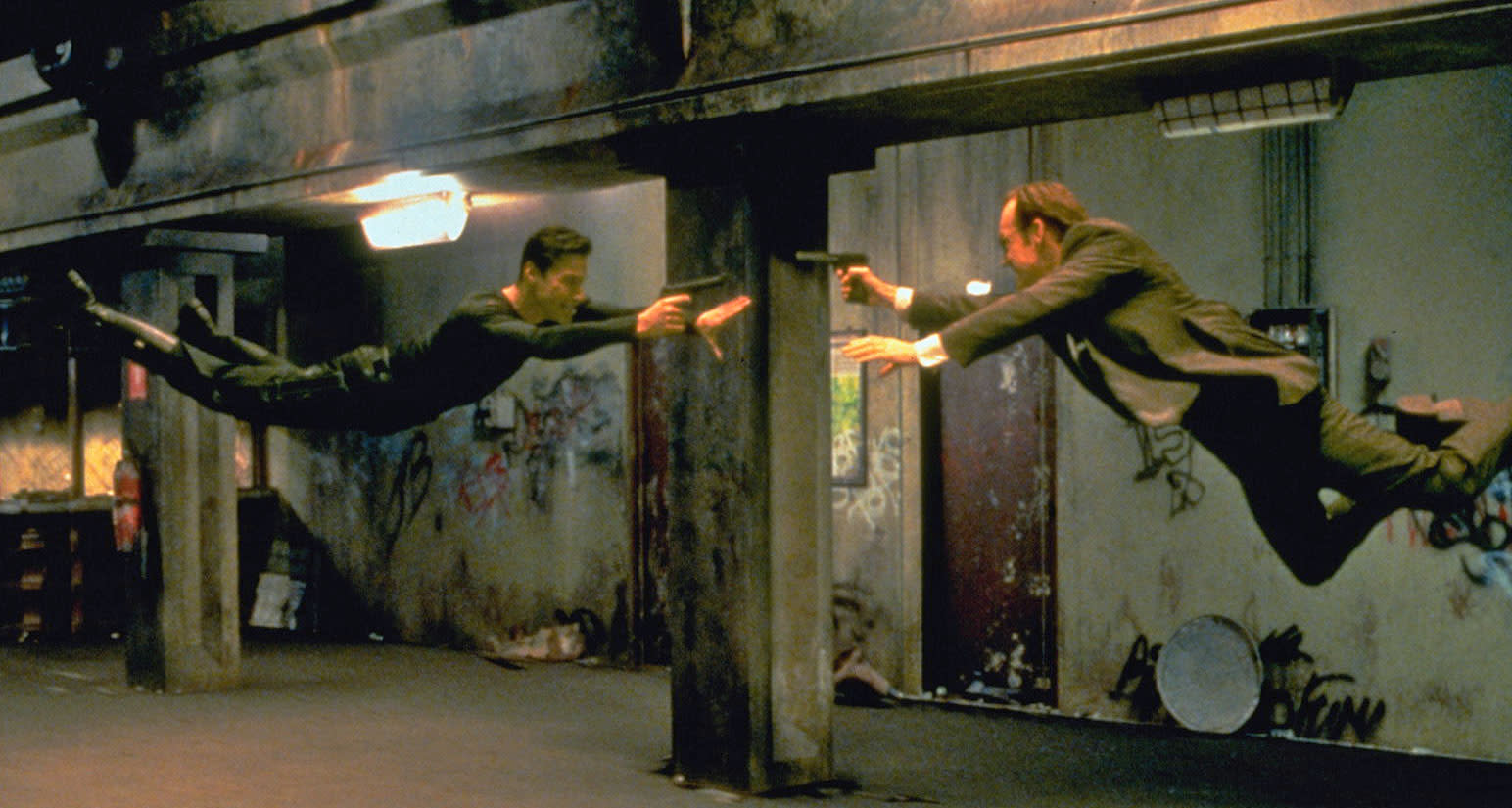 In 1999, a small sci-fi movie called The Matrix made its debut, featuring not just a focus on hacking and a slick action aesthetic, but also the use of "bullet time" special effects. Its success meant that those elements would quickly become (over)used elsewhere, but its place in cinema history is secure. Tonight, reports indicate that the studio behind it is considering revisiting that universe. The Hollywood Reporter cites sources claiming Warner Bros. is in talks with writer Zak Penn (Ready Player One, Alphas, X-Men 2, The Incredible Hulk) to write it, and considering Michael B. Jordan to star, but also says it's far from being ready.

Meanwhile, Deadline reports that the studio wants to "create a writers' room of scribes" to come up with ideas for a relaunch, and there's no word on whether the Wachowskis, who wrote and directed the original movies, would be involved.

The final movie in the series, The Matrix Revolutions, came out in 2003, and a lot has changed in science fiction, movie viewing and special effects since then. Now, even "bullet time" is obtainable enough that it's used for real-time sports highlights. The Matrix was the first movie I bought on a DVD, and if physical media is truly on its way out, maybe another movie in the series could be the last.

Update: Zak Penn tweeted a not-denial, only specifying that he thinks no one should try to reboot The Matrix, specifically citing the Animatrix and comics backstories.

All I can say at this point is no one could or should REBOOT the Matrix. People who know Animatrix and the comics understand.

In this article: art, entertainment, MichaelBJordan, TheMatrix, WarnerBros.
All products recommended by Engadget are selected by our editorial team, independent of our parent company. Some of our stories include affiliate links. If you buy something through one of these links, we may earn an affiliate commission.