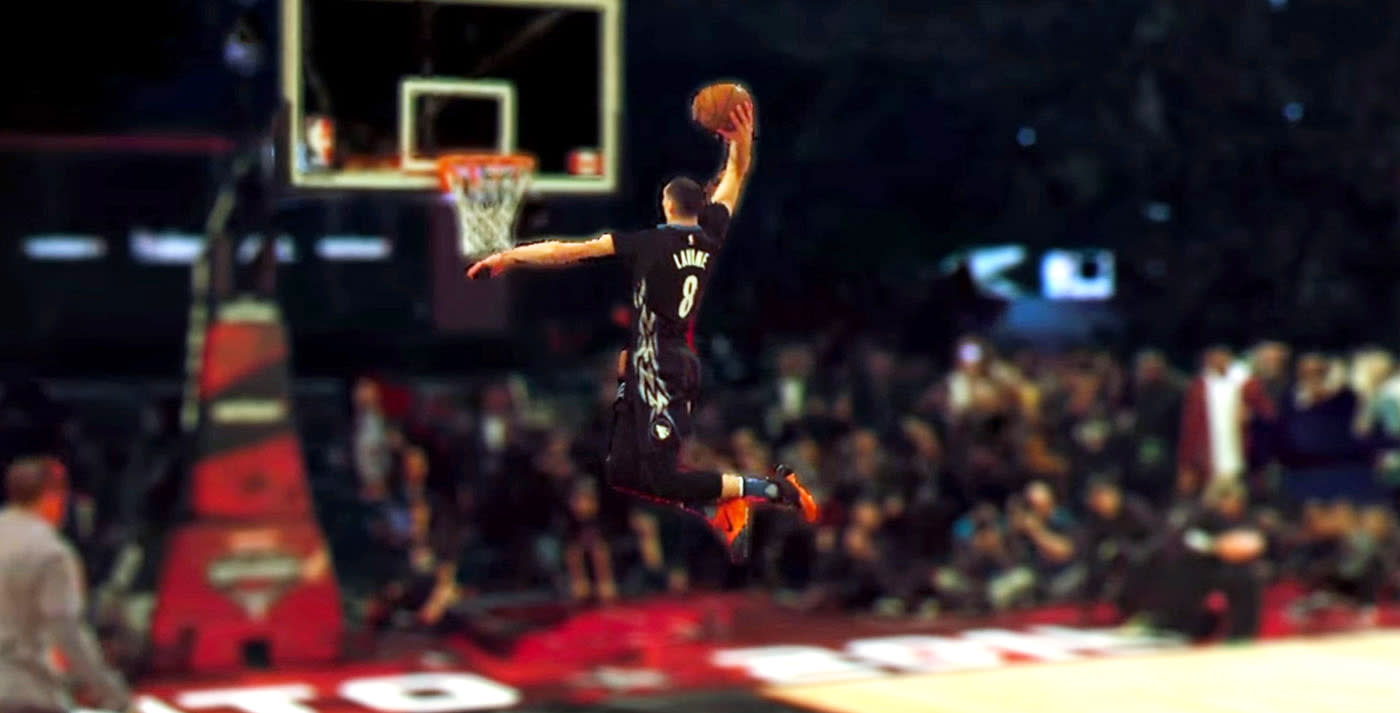 Intel is already into camera technology with RealSense, but it just took a big leap into sports entertainment by acquiring Replay Technologies. That's the company behind the crazy 360-degree freeD video used during the slam-dunk competition at this year's NBA All-Star games (see the video, below). The system can freeze action from any angle then rotate all around it, much like the bullet-time effect used in the Matrix. Intel's grand idea is to it to create "a new category for sports entertainment that we call immersive sports, which is attracting the attention of leagues, venues, broadcasters and fans," according to its blog.

Intel was already working closely with Replay Technologies, as it supplied the servers and CPUs used to power the tech. For the NBA, it creates a 3D render of the court using 28 ultrahigh-definition cameras connected to Intel's servers. The tech produces fairly seamless 360-degree replays, despite producing the occasional bizarre artifact (like pixelated player faces). Now that it's acquired the tech (for an unknown price) Intel says it will improve the performance and add "new features like the ability to manipulate and edit personalized content." If the tech trickles down to the consumer side, expect to see all the bullet-time cat videos you never wanted.

In this article: 360-degree, av, BulletTime, entertainment, intel, replays, ReplayTechnologies, Sports, Video
All products recommended by Engadget are selected by our editorial team, independent of our parent company. Some of our stories include affiliate links. If you buy something through one of these links, we may earn an affiliate commission.