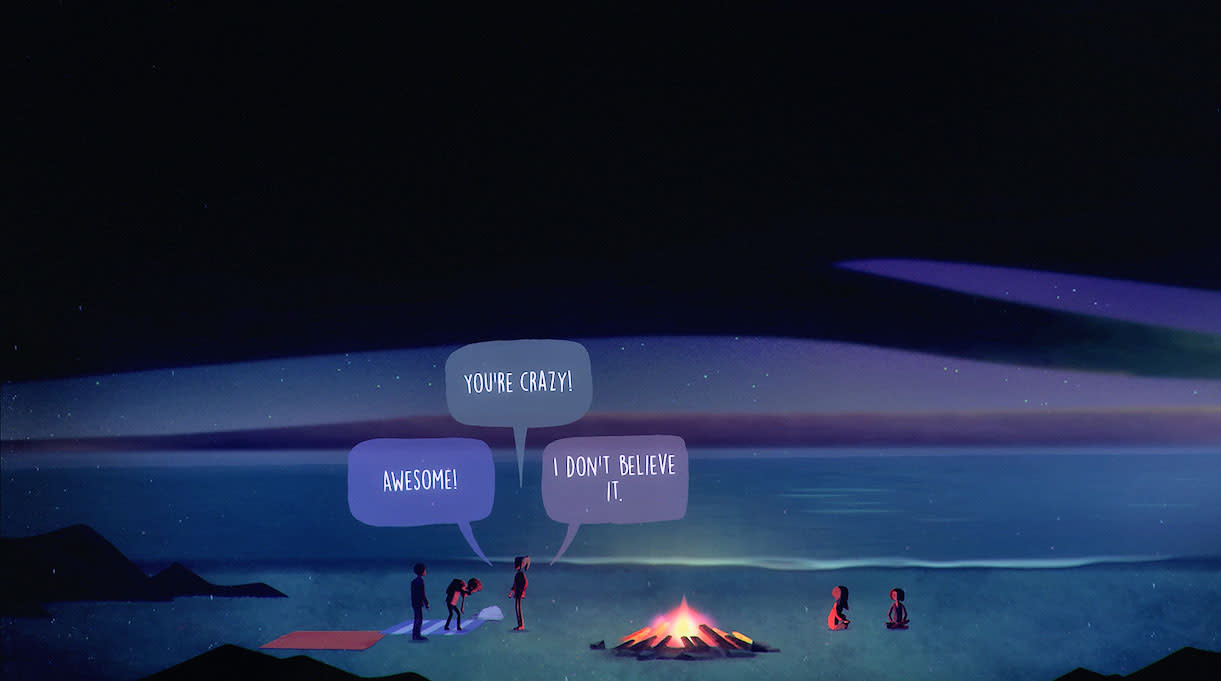 Spooky adventure game Oxenfree has made its way to mobile. Developer Night School's sidescrolling tale debuted on PC and Xbox One early last January, with a stop on PlayStation 4 last May that added, among other things, a New Game+ mode. Now it's available for iOS devices. At the minimum, iPhone 5S and iPad Air running iOS 9.1 or newer. The iTunes listing says that the game has been reworked a bit for the platforms and features "custom touch controls." Sounds like it should make working through the game's radio and cassette puzzles a little more tactile. To celebrate launch week Night School has knocked 20 percent off the regular price, bringing it down to $3.99.

If you grab it, make sure to play with headphones on -- the game's soundtrack is simply too good to ignore. Why? Well, my coworker Jessica Conditt's description should be reason enough: "[It's] an electronica daydream that fades into a bumping nightmare; it's the aural interpretation of the sun setting over an abandoned, beachside military base packed with deadly secrets." Need even more convincing? Peep the YouTube embed below. And if you really like it, it's available on vinyl from iam8bit.

Our supernatural thriller, OXENFREE, is out now on the App Store for iPhone, iPad, and Mac!

In this article: gaming, ios, ipad, ipadair, iphone, iphone5s, mobile, nightschool, nightschoolstudio, oxenfree, sale
All products recommended by Engadget are selected by our editorial team, independent of our parent company. Some of our stories include affiliate links. If you buy something through one of these links, we may earn an affiliate commission.