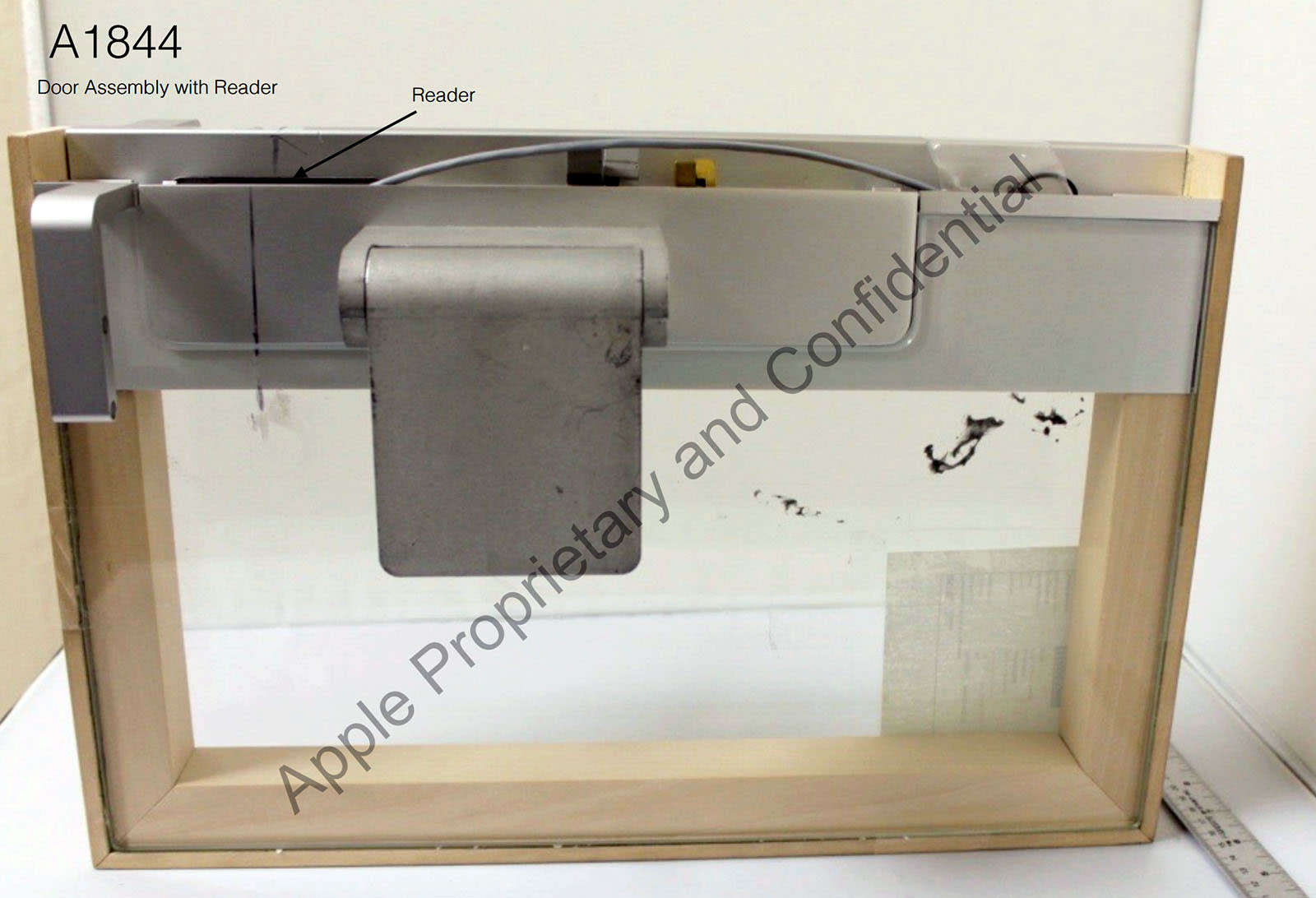 The frenzy to uncover pre-production Apple devices is not what it used to be, but folks still go to great lengths to find secret Cupertino info. That's why a recent FCC discovery about a mysterious NFC and Bluetooth-equipped Apple device caused some internet frothing. The filing showed a device with Bluetooth and NFC wireless capability, but no other details or pictures. Along with the screw positions on the label, that led to speculation that the long-awaited 4K Apple TV could be coming soon.

However, Business Insider has spotted a follow-up FCC filing of the same device, and this one has plenty of pictures. They show it's likely just an NFC-enabled badge reader that attaches to a door entry system (insert tire deflating sound). What's more, this seems destined for Apple's own corporate or retail use and not for consumers.

If you're really looking (hard) for something interesting, the device could be the keyless entry system Apple's using at its new spaceship "Apple Park" campus opening next month (April 2017). It's somewhat odd that Apple is designing its own rather than using something off-the-shelf, but then it's not completely unexpected given founder Steve Jobs' famous fussiness. Either way, we imagine that Apple is having a good laugh about it, and it's a reminder of why we always tell readers to take such rumors with a grain of salt.

In this article: apple, AppleCampus, BadgeReader, business, design, Door, FCC, gear, Security, Spaceship
All products recommended by Engadget are selected by our editorial team, independent of our parent company. Some of our stories include affiliate links. If you buy something through one of these links, we may earn an affiliate commission.