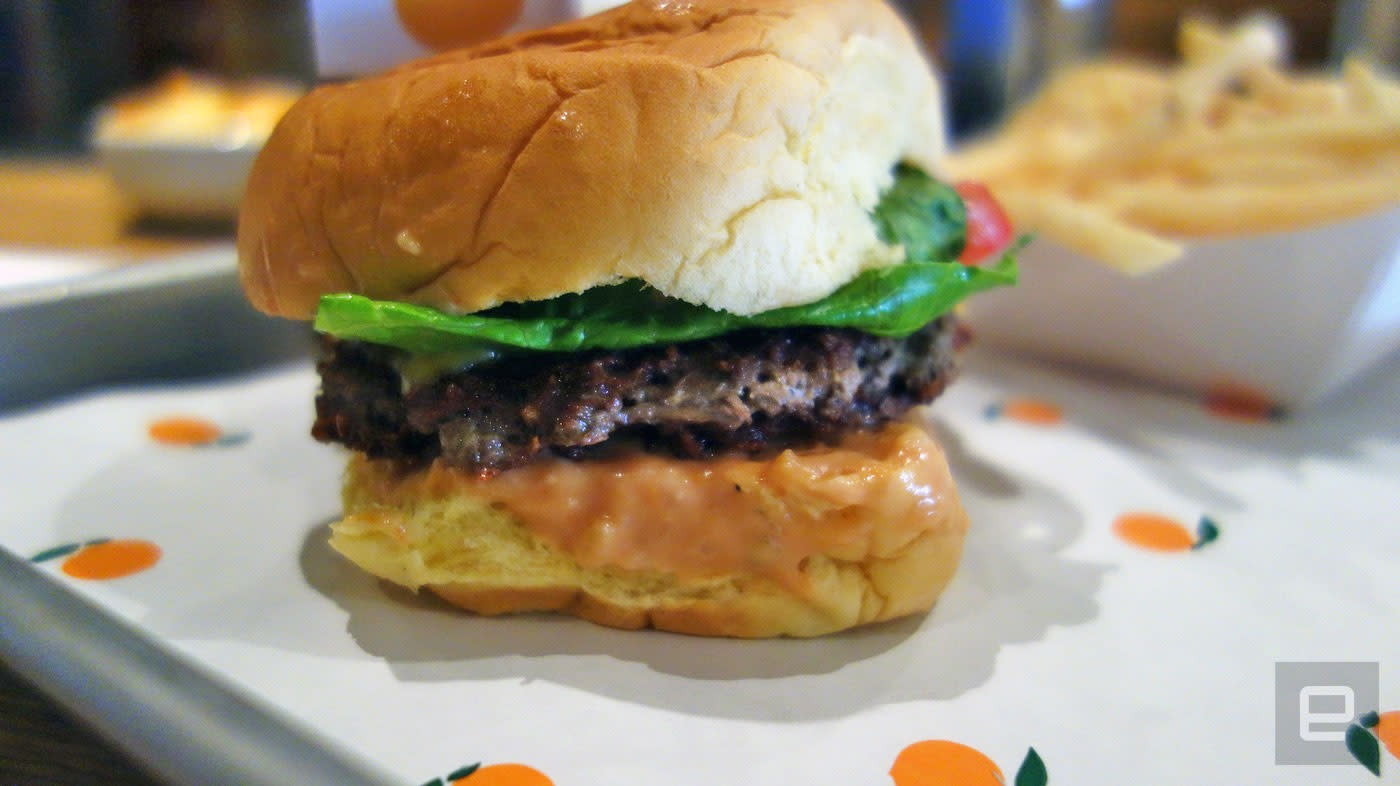 The so-called Impossible Burger debuted last year, but it's still pretty difficult to get you hands on one. Although it looks, smells and even bleeds like the real thing, the burger's patty contains no beef, but rather "meat" that's made from plant proteins. Unfortunately, you can only get one at 10 restaurants in the US -- and that's after more were added this week. Impossible Foods, the company that makes the lab-developed beef substitute, is in the middle of a big expansion that should make the burger more accessible.

The company says that it will expand availability of the Impossible Burger to 1,000 restaurants before the end of the year. It's able to do so thanks to a massive new factory in Oakland, California with the goal of producing a million pounds of the meat over the course of each month. Impossible Foods says the new facility will reach peak production status before 2018 rolls around.

Today we announced the news of our Oakland facility getting closer to bringing more Impossible Burger to the world. pic.twitter.com/SlPfXFgAc9

The concept isn't meant to just give vegans and vegetarians an option that's more like the real thing. Impossible Foods is also hoping that its burger will entice carnivores as well due to added health benefits and the fact that it's more environmentally friendly to produce. The company explains that not only does the process use less water and land, but it also cuts down on overall greenhouse gas emissions.

Impossible Foods adds heme, a substance that makes animal blood red, to its vegan items to replicate the characteristics of real beef. Heme is also found in plants, so the company can use it to make its patties smell and sizzle like meat while it's cooking and bleed like a rare burger, if that's how you like 'em. Of course, Impossible Foods isn't the only company coming up with meat alternatives these days. Beyond Meat has the Beyond Burger, for example. There's also a startup using algae to grow faux shrimp in a lab and another company in San Francisco making "real" cheese without the milk. For all the ways companies are finding to engineer more realistic food substitutes, the only question now is whether or not you're adventurous enough to eat them.

In this article: burger, culture, food, food and drink, food-and-drink, foodanddrink, impossibleburger, impossiblefoods, meatless, science, vegetarian
All products recommended by Engadget are selected by our editorial team, independent of our parent company. Some of our stories include affiliate links. If you buy something through one of these links, we may earn an affiliate commission.