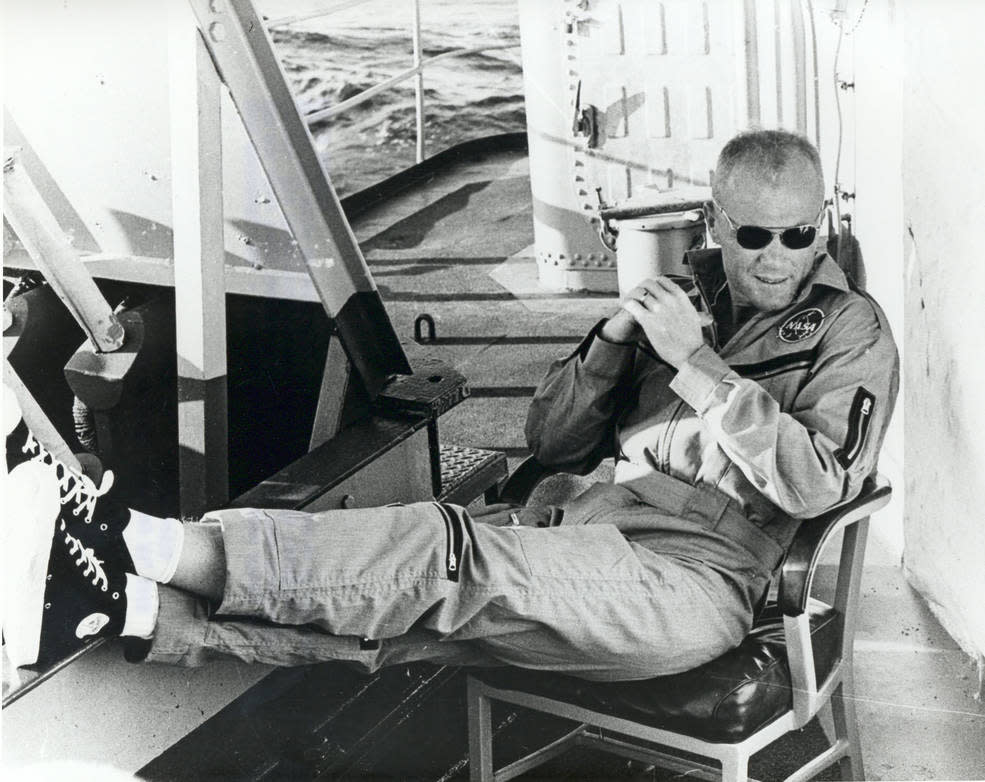 Astronaut and four-term US senator from Ohio, John Glenn, will be buried at Arlington Cemetery tomorrow, April 6th at 9 AM ET. The ceremony will air live on NASA TV to honor the first American to orbit the earth. The US Marine Corps will also webcast the event on its Defense Video Imagery Distribution System.

John Glenn was the final surviving member of the original seven Mercury astronauts; he achieved his historic three-orbit flight in February, 1962 on the Friendship 7. He retired from NASA in 1964 and began his senatorial career ten years later. During that time, he represented his state by pushing for more federal funding for space, science and education until his final term ended in 1998. He then returned to space and Earth orbit soon after at the age of 77, proving himself even more of a badass. Glenn passed away on December 8th of last year at the age of 95.

In this article: astronaut, burial, death, interment, johnglenn, NASATV, science, senator, space
All products recommended by Engadget are selected by our editorial team, independent of our parent company. Some of our stories include affiliate links. If you buy something through one of these links, we may earn an affiliate commission.