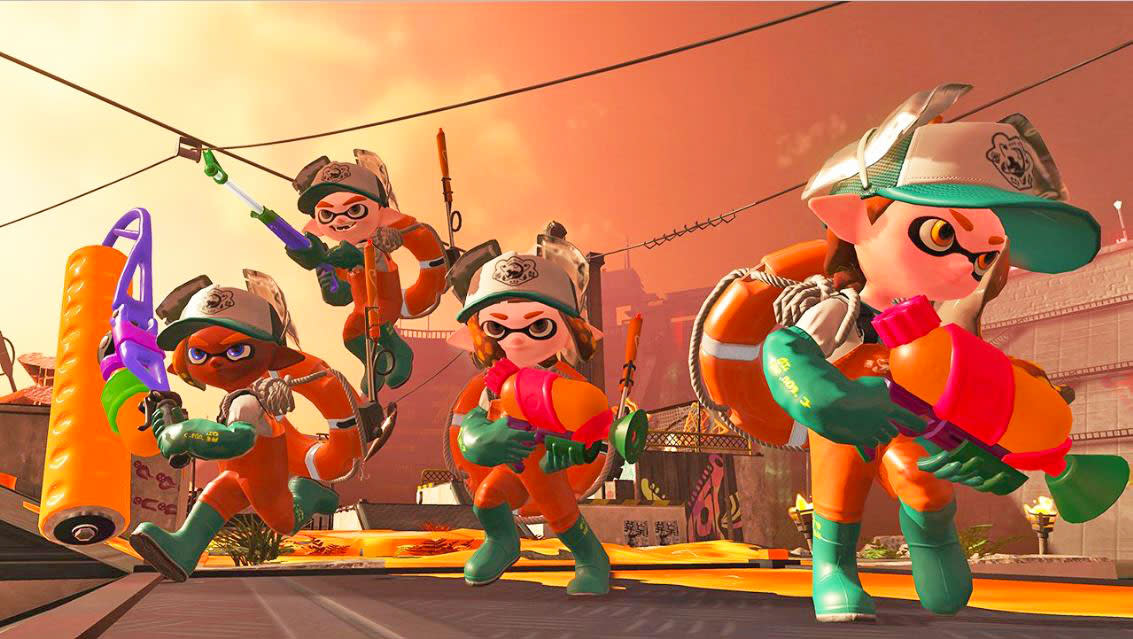 Today's Nintendo Direct announcement event was the first since the launch of Nintendo's Switch console, so more than a few gamers were hoping more games would be added soon to the system's thin launch library. While players won't be showered in new titles, a slew are coming in the next few months, hopefully enough to tide them over until others launch later in the year.

First up are the big announcements for the most heavily-anticipated titles. Nintendo's bizarre new IP, the slinky-punch fighting game ARMS, is slated to come out in June. The studio shared more footage today that expanded the list of boxing glove types and revealed elemental effects would be part of players' toolkits. The studio's cutesy multiplayer shooter Splatoon 2 comes out July 21st, arriving with a new PvE mode and three themed amiibos to pair with the game.

Other news was a mix of confirmed launch dates for previously-known titles and brand-new games for the system. Mario Kart 8 Deluxe will be coming out on April 28th, which we knew, and Nintendo will host two online tournaments, with details to follow. Minecraft: Nintendo Switch Edition comes out on May 11th and will include a content pack of premade Mario areas and characters. The remixed classic Ultra Street Fighter II: The Final Challengers drops on May 26th and includes two new characters: Evil Ryu and Violent Ken. The multiplayer panel-flipping Project Mekuru, which may or may not be its final name, is slated to come to the eShop in summer.

Minecraft: Nintendo Switch Edition, including the Super Mario Mash-Up pack, will launch in Nintendo #eShop on May 11. pic.twitter.com/VPxJ726Ex9

More ports of best-selling games are headed to the Switch, with the multiplayer puzzle Puyo Puyo Tetris available now to buy in the eShop and Disgaea 5 Complete launching on May 23rd. Rayman Legends: Definitive Edition will come later in fall, while Payday 2 arriving in winter. The system will also get Sine Mora EX, its own version of the indie classic side-scrolling shooter, in summer along with a port of the lush JRPG-style dungeon crawler Battle Chasers: Nightwar later that season. Lastly, the console is getting Fate/EXTELLA: The Umbral Star on July 25th.

The Switch will see two new Sonic games in 2017. The first, Sonic Mania, is a throwback to the classic sidescrolling action from the franchise's 16-bit roots and will come in summer. Sonic Forces is a 3D adventure launching in winter, which is about all we know aside from recently-released footage.

Speaking of throwbacks, old third-party classics are coming to the Switch. A selection called NEOGEO Masterpieces will slowly roll out releases of the studio's best-known titles in the eShop, starting with Samurai Showdown IV tomorrow (!), April 13th. Fatal Fury and King Of Fighters '99 will follow later in the year. Namco Museum, on the other hand, will be a standalone collection of the company's standbys and cult classics, from Pac-Man and Galaga to Splatterhouse, that will drop this summer. A 3D version of Monopoly is also coming to the Switch in fall, featuring multiplayer for up to six.

Finally, Nintendo's releasing extra charging docks on May 19th and finished the event announcing a new battery back for the Joy Cons. These use standard off-the-shelf AA batteries to extend controller life, but the added mass might even be comfortable if you find yourself missing the heft of traditional controllers.

In this article: av, gaming, nintendo, NintendoDirectSpring2017, nintendoswitch, switch
All products recommended by Engadget are selected by our editorial team, independent of our parent company. Some of our stories include affiliate links. If you buy something through one of these links, we may earn an affiliate commission.