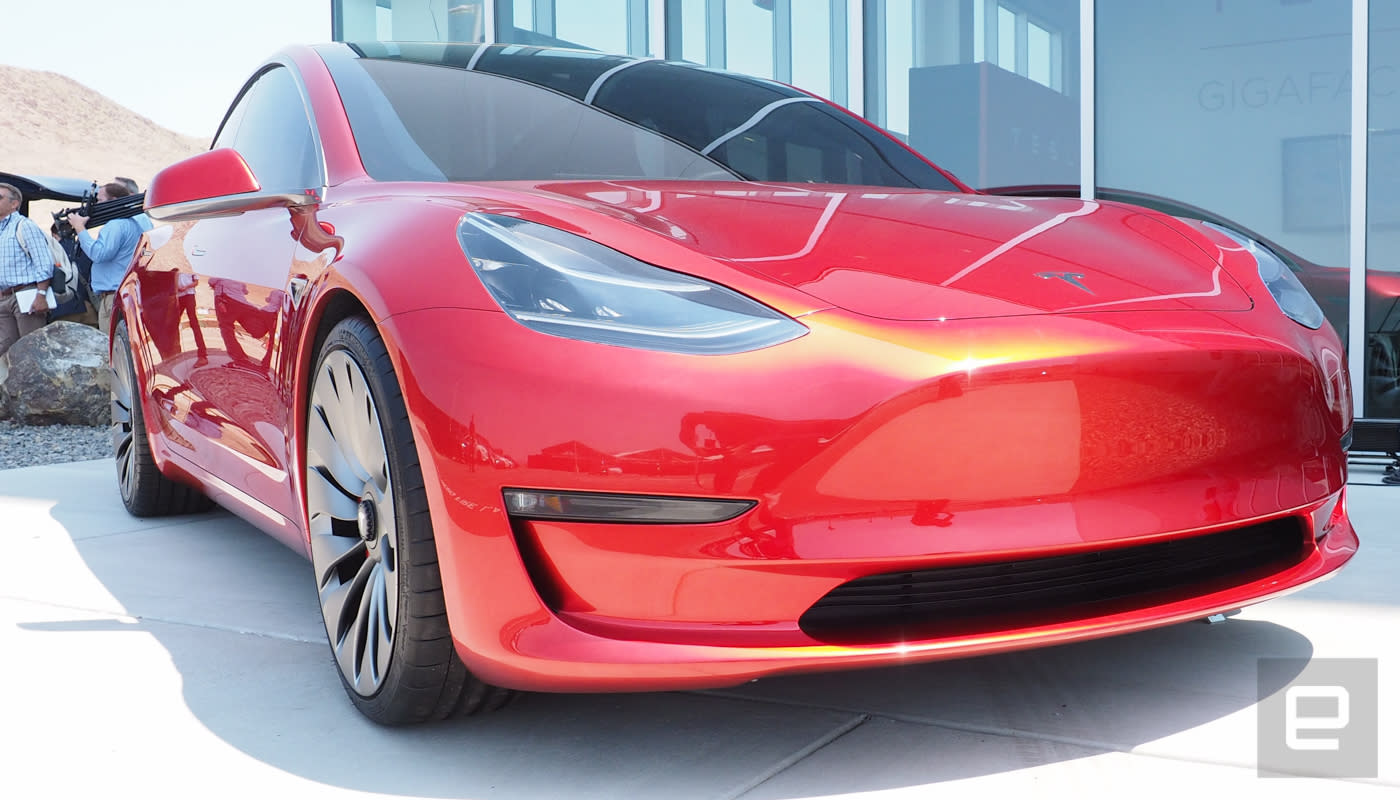 If you've been waiting to get a glimpse of the final Tesla Model 3, this summer can't come soon enough. CEO Elon Musk told a fan on Twitter today that the final unveil for the company's more affordable electric vehicle will be this July. Production has been on track to begin during the summer months for a while, but this marks the first time we know when you'll be able to see an actual production Model 3, not just a prototype.

Musk is rolling hard on Twitter today with a few other big announcements, too. You can plan for a new Tesla semi truck this September, and the company's anticipated Roadster to arrive as a convertible. That's all in addition to a new Tesla pickup truck that's slated to be revealed in the next 18-24 months.

Tesla has a lot going on right now, and it's not just cars. The company's move into solar power, for example, is pretty fascinating. All these new reveals should serve to raise consumer's hopes to a fever pitch. Even knowing that there will be a massive wait list can't dampen our desire to see what the company has in the works.

In this article: electricvehicle, ElonMusk, gear, Model 3, Tesla, transportation
All products recommended by Engadget are selected by our editorial team, independent of our parent company. Some of our stories include affiliate links. If you buy something through one of these links, we may earn an affiliate commission.