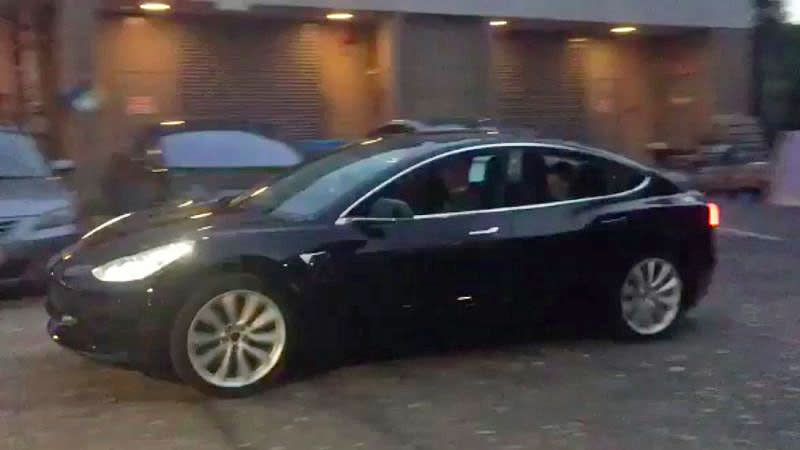 As Tesla continues its march towards producing a mass-market electric vehicle, CEO Elon Musk gave us a brief glimpse at the latest prototype. This Vine-length clip showed the first drive of a "release candidate" Model 3. Autoblog explains that unless there's some unforeseen problem, it's unlikely there will be any major styling or content revisions from this before the car goes into production, but engineers can still test and tweak things like brake calibration.

Musk didn't stop there, however, also tweeting that a performance version of the Model 3 with dual motors and all-wheel-drive is likely to arrive next year, around the same time as right hand-drive models for the UK. Despite the Model 3's lighter weight, it will also pack a smaller 75kWh battery, which means even the performance model will still trail the Model S in acceleration. That would leave the Model S as the EV speed king until the next-gen Roadster launches in a few years, which is the same window given for Tesla's mass-market SUV, the Model Y.

If you've already jumped on the pre-order list for a Model 3, Musk says you will be able to wait and get first access to the dual-motor performance "D" versions when they're available.

First drive of a release candidate version of Model 3 pic.twitter.com/zcs6j1YRa4

In this article: AWD, electriccar, ElectricVehicle, ElonMusk, ev, gear, Model3, performance, prototype, RHD, tesla, transportation
All products recommended by Engadget are selected by our editorial team, independent of our parent company. Some of our stories include affiliate links. If you buy something through one of these links, we may earn an affiliate commission.