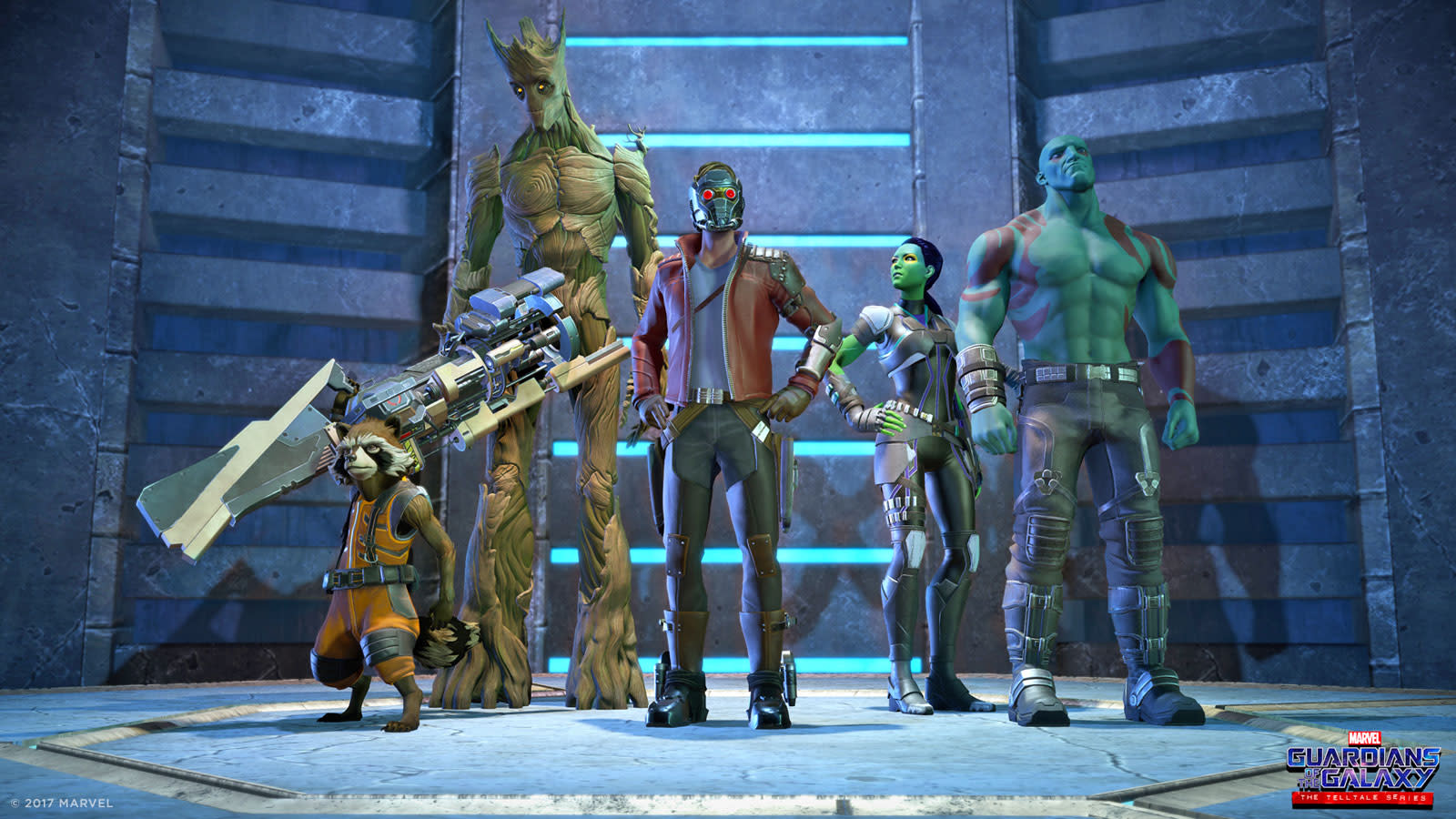 The first episode of Marvel's Guardians of the Galaxy: The Telltale Series, Tangled Up in Blue, arrives tomorrow, and you can get a sneak peek at all the action and space snark in the official launch trailer. The series is a brand-new Guardians story not connected to the Marvel Cinematic Universe. After an epic battle, Star-Lord, Gamora, Drax, Rocket and Groot find a powerful artifact that they all covet for their own reasons, as does a mysterious enemy who is the last of her kind.

This is the first time the Guardians are starring in their own video game. Prior to the 2014 film, they weren't popular enough to warrant one. If the trailer's any indication, Telltale's episodic series will have the same light-hearted tone as the movies, featuring jokes about Thanos' chin, elevators and creepy Kree temples.

Telltale has a long history of adapting comic book franchises like The Walking Dead and Batman into adventure games. This is the first time it's tackling a Marvel property though, and it'll be interesting to see its take on Guardians of the Galaxy. The studio's already proven it can pull off comedy in video games (see Sam & Max, Tales of Monkey Island and Tales From the Borderlands), and it looks like Tangled Up in Blue is going to bring plenty of wisecracks and classic rock tomorrow.

The series' five episodes will be available on PlayStation 4, Xbox One, PC and Mac, as well as the Apple App Store and Google Play. Episode One: Tangled Up in Blue, and subsequent episodes, will cost $4.99, or you can buy a special Season Pass disc for $29.99 on May 2nd. The disc includes the first episode and will grant access to the others via online updates as they're released.

In this article: gaming, guardiansofthegalaxy, Launchtrailer, personal computing, personalcomputing, TelltaleGames
All products recommended by Engadget are selected by our editorial team, independent of our parent company. Some of our stories include affiliate links. If you buy something through one of these links, we may earn an affiliate commission.