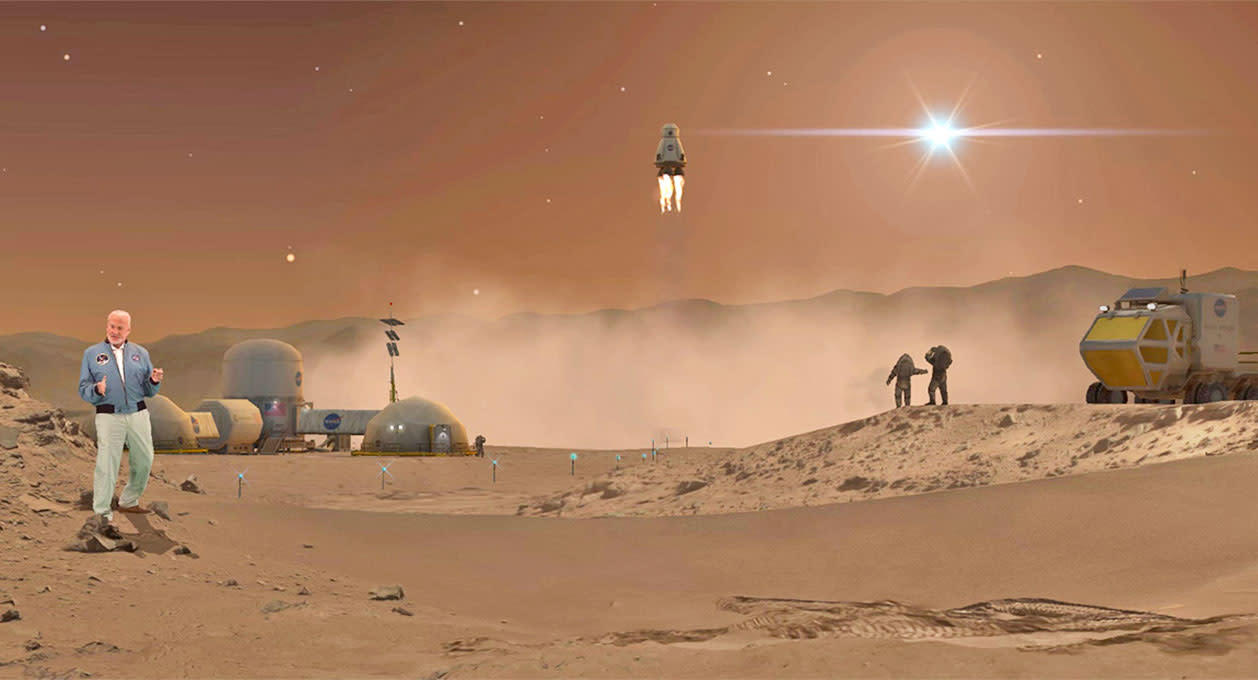 Apple has hired former NASA JPL augmented reality expert Jeff Norris to help shape its AR projects, according to Bloomberg. Based on previous reports, Cupertino has been working on a pair of AR glasses and related features for future iPhones since 2016. Now we have a better idea of what's going on behind the scenes. Norris apparently joined the AR team as senior manager under former Dolby Labs executive Mike Rockwell earlier this year, though none of the parties involved confirmed Bloomberg's story. Taking what he did while he was with NASA into account, Apple might conjure up some very interesting products and services.

He worked on many projects as Mission Operations Innovation chief at NASA JPL, including building the Mars 2020 rover in mixed reality. Norris also led the development of a HoloLens experience that puts you on Mars with Buzz Aldrin (see image above), as well as a project called Sidekick that makes remote collaboration easier for astronauts and ground-based scientists by using holograms.

It's not entirely surprising for Apple to hire high-profile people in the field when Tim Cook himself admitted that the company will be heavily investing in AR projects. The pair of augmented reality glasses the team is reportedly working on might be just the first of many. "We are high on AR for the long run," he proclaimed in an earnings call back in July. "We think there are great things for customers and a great commercial opportunity."

In this article: apple, ar, augmentedreality, gear, jeffnorris, mobile, nasa
All products recommended by Engadget are selected by our editorial team, independent of our parent company. Some of our stories include affiliate links. If you buy something through one of these links, we may earn an affiliate commission.