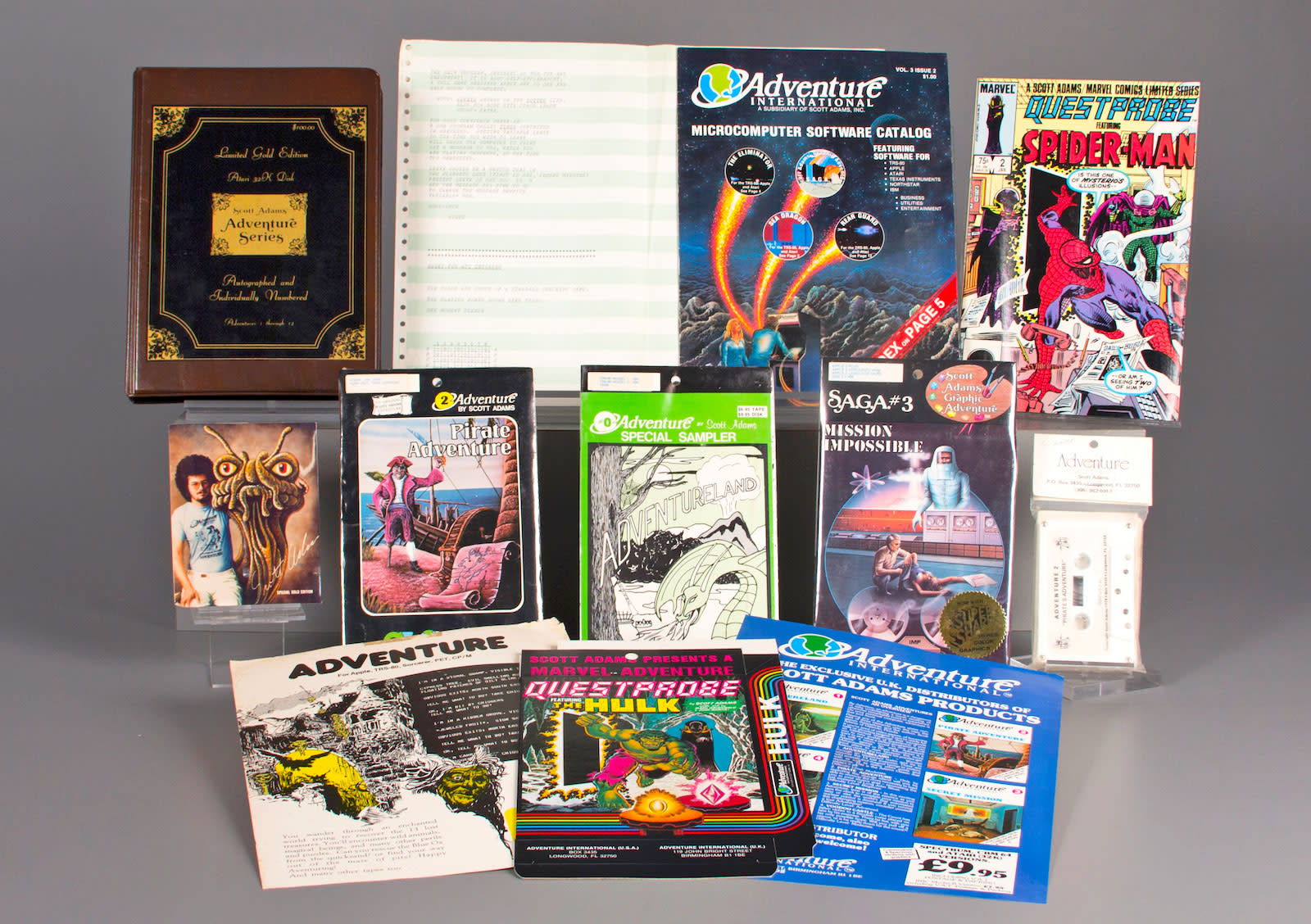 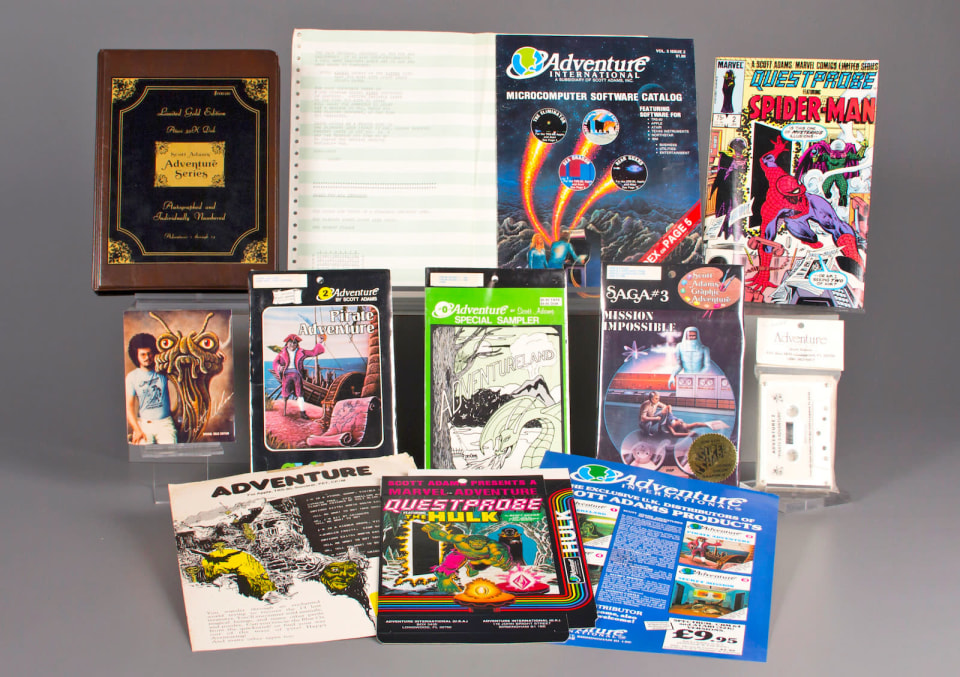 The Strong/National Museum of Play

Video games are a unique, nascent art form and it makes sense to preserve them. While efforts by the Internet Archive have been underway for a while, it hasn't been a priority for the gaming industry to archive their own products. Most archival projects happen thanks to the unpaid efforts of super fans bent on saving their beloved gaming experiences. Today, though, The Strong Museum, also known as the National Museum of Play, announced that Scott Adams, the developer behind 1978's text adventure game Adventureland, has donated a ton of materials from his long career in the industry.

Adams' donation includes some of the code for the earliest commercially available computer games, along with printed source code, promotional materials, photographs, magazines, comic books and other documentation from Adventure International, the company Adam's co-funded. The materials include more than 130 video games, with the earliest known packaged copies of early text-based games like Adventure 1: Adventureland and Adventure 2: Pirate's Adventure, not to mention printouts of tic-tac-toe and checkers computer games Adams wrote in high school around 1970.

"We were astonished to find in this donation some of the earliest packaged computer games—Adventureland and Pirate's Adventure cassette tapes Adams placed in baby bottle liners and sealed by stapling a bi-fold business card to the top, said Jeremy Saucier, assistant director for the International Center for the History of Electronic Games. "These simple packages helped transform computer games into products while bringing text-based adventure games, which previously lived on mainframe computers, into the home for the very first time."

You won't be able to play these games in a web browser like the Internet Archive's gaming preservation projects, but that's alright. Once these early materials are cataloged and made available to researchers, some will show up for viewing at the organization's 5,000-square-foot touring eGameRevolution exhibit on the history and evolution of electronic gaming.

In this article: Adventureland, archive, gaming, internet, personal computing, personalcomputing, ScottAdams, thenationalmuseumofplay, thestrong, videogames
All products recommended by Engadget are selected by our editorial team, independent of our parent company. Some of our stories include affiliate links. If you buy something through one of these links, we may earn an affiliate commission.