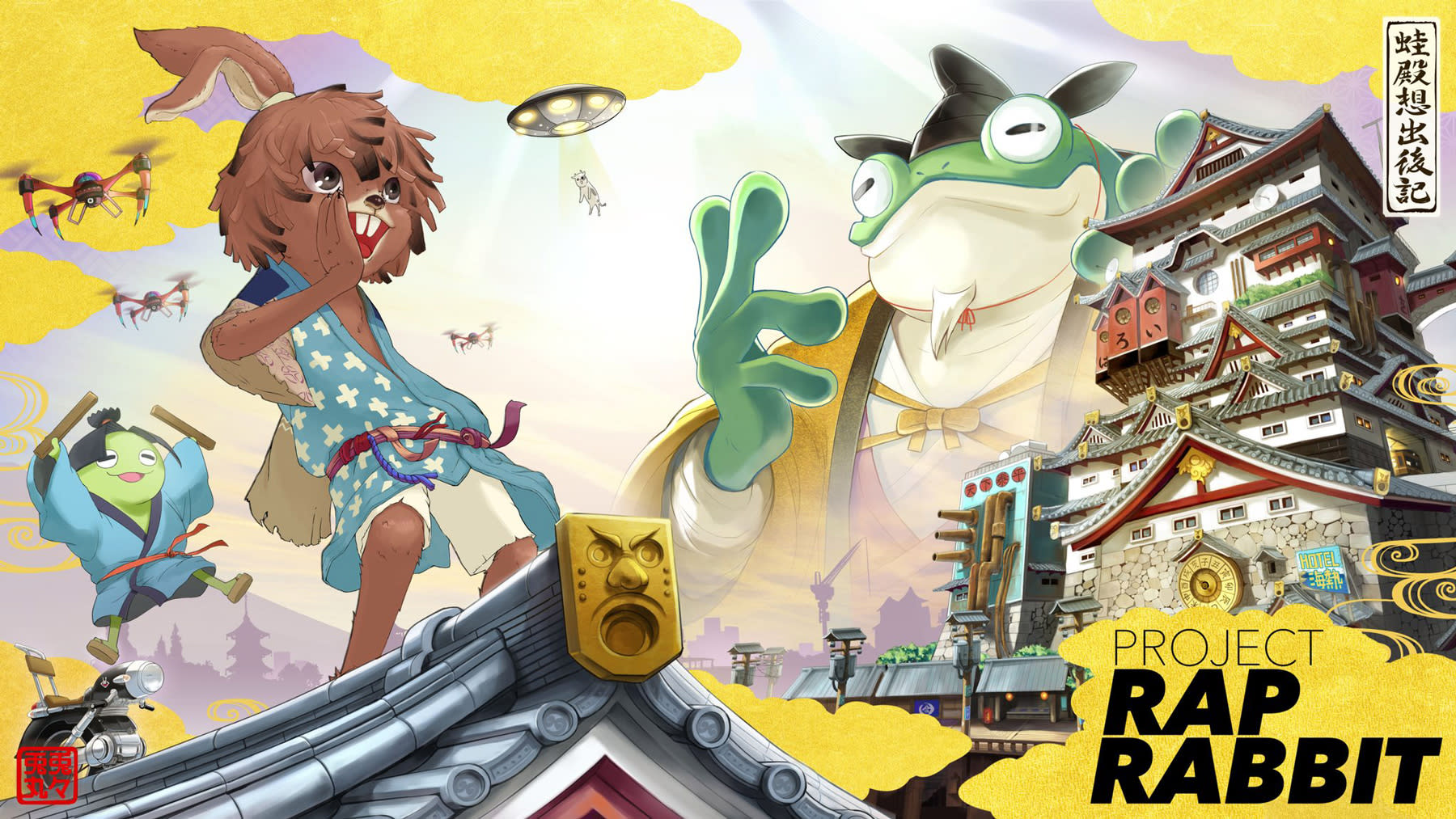 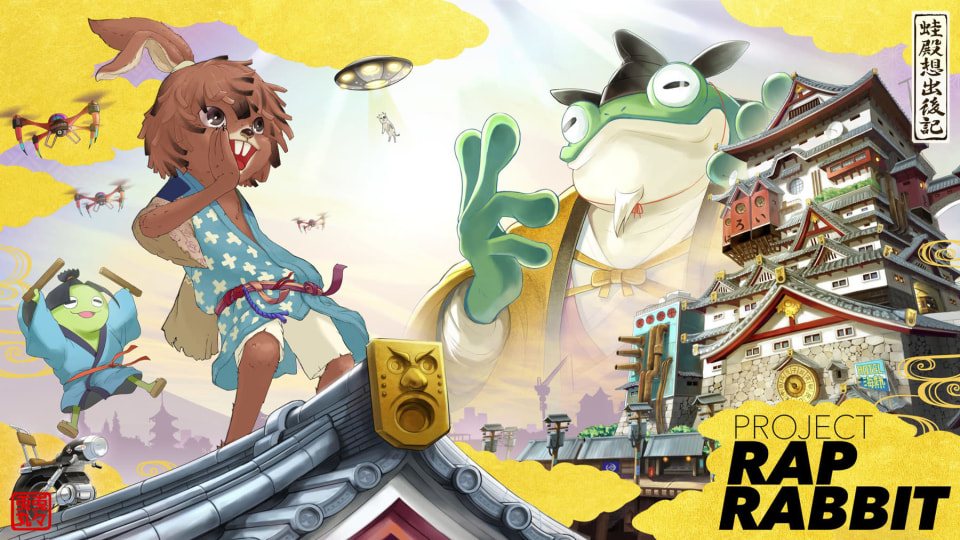 PaRappa the Rapper and Gitaroo Man are some of the brightest, weirdest and catchiest music games I've ever played. They're crazy for sure — how many titles let you spit rhymes with a humanoid onion in a kung fu dojo? But they're also bold, imaginative and constantly surprising, begging you to tap X and see what happens next. Now, Masaya Matsuura, the creator of PaRappa and Vib-Ribbon, and Keiichi Yano, the mastermind behind Gitaroo Man and Osu! Tatakae! Oeundan (the original inspiration for Elite Beat Agents on the DS), are teaming up for a new game called Project Rap Rabbit.

Details are scarce, but a short teaser shows the hero facing off against a toad in feudal Japan. A motorbike hums in the background while some colorful drones dance overhead. In the distance, a trio of cannons poke out of the city walls before slowly sliding back into their holes. Some upbeat music plays in the background, a blend of turntable scratching and playful pan pipes. It's all very cool. Given the project's name, it's safe to assume that music will play a central role. But will this be another pure rhythm-action game like PaRappa and Gitaroo Man, or something wildly different?

It's hard to say for sure, but the developers are promising more information "soon." In the meantime, there's always PaRappa the Rapper Remastered, which upgrades the classic PS One title with 1080p and 4K visuals. "Kick! Punch! It's all in the mind! If you wanna test me, I'm sure you'll find..."

In this article: applenews, art, gaming, gitarooman, keiichiyano, masayamatsuura, parappa, parappatherapper, projectraprabbit, raprabbit
All products recommended by Engadget are selected by our editorial team, independent of our parent company. Some of our stories include affiliate links. If you buy something through one of these links, we may earn an affiliate commission.