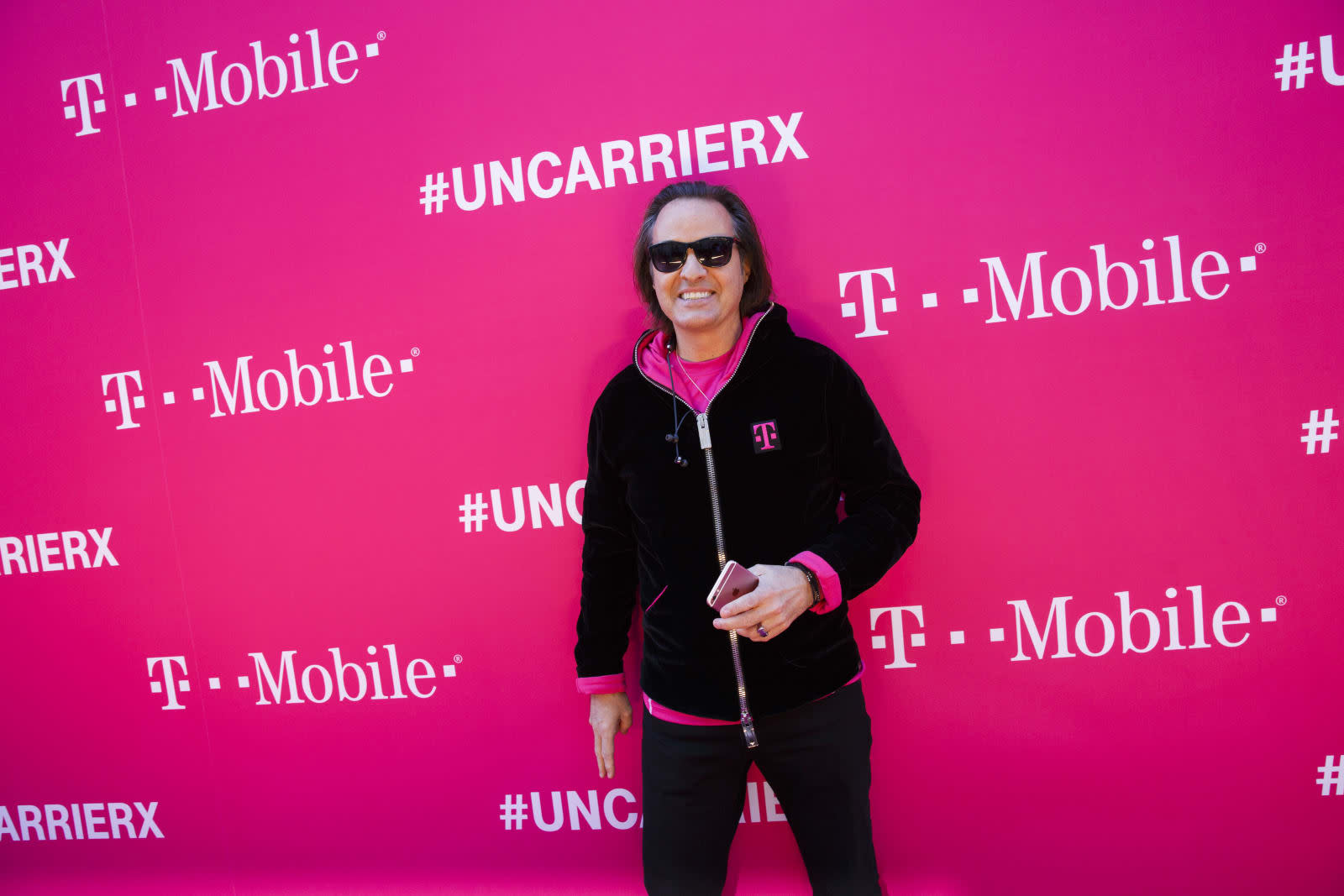 Sprint and T-Mobile are reportedly trying to pick up where they left off a few years ago. According to Bloomberg, the mobile carriers and their parent companies, Softbank (Sprint) and Deutsche Telekom AG (T-Mobile), have been unofficially talking about the possibility of a merger again. Back in 2014, Softbank CEO Masayoshi Son aggressively pursued T-Mobile's purchase in a bid to deploy speedy mobile broadband. However, after a series of meetings with government officials who were concerned that the merger would seriously affect competition in the industry, the two companies decided to terminate their negotiation.

The FCC banned telecom and cable companies from discussing mergers for almost year while it was auctioning off wireless spectrum. T-Mobile even spent $8 billion on the auction to be able to offer services across the US and Puerto Rico. After the ban was lifted in late April, reporters asked Deutsche Telekom chief Tim Hoettges whether he would consider a merger, and he said T-Mobile is willing to look at deals and partnership offers from interested companies.

The carriers might have a better chance of joining forces under the new administration, seeing as FCC head Ajit Pai is largely seen as pro-business. Their situations are much different this time around, though. T-Mobile flourished under the leadership of John Legere (pictured above), overtaking Sprint as the third largest mobile carrier in the country. Since it's now worth $23 billion more than The Now Network, Sprint says it's willing to let T-Mobile steer the ship in case they reach an agreement.

It's unclear how interested T-Mobile is in pursuing the merger -- and they're not officially talking yet anyway -- considering it's in a much better place now. Hoettges is no longer trying to get rid of it, and some of its execs believe that buying a cable company is a better investment.

In this article: applenews, DeutscheTelekom, gear, mobile, softbank, sprint, t-mobile
All products recommended by Engadget are selected by our editorial team, independent of our parent company. Some of our stories include affiliate links. If you buy something through one of these links, we may earn an affiliate commission.