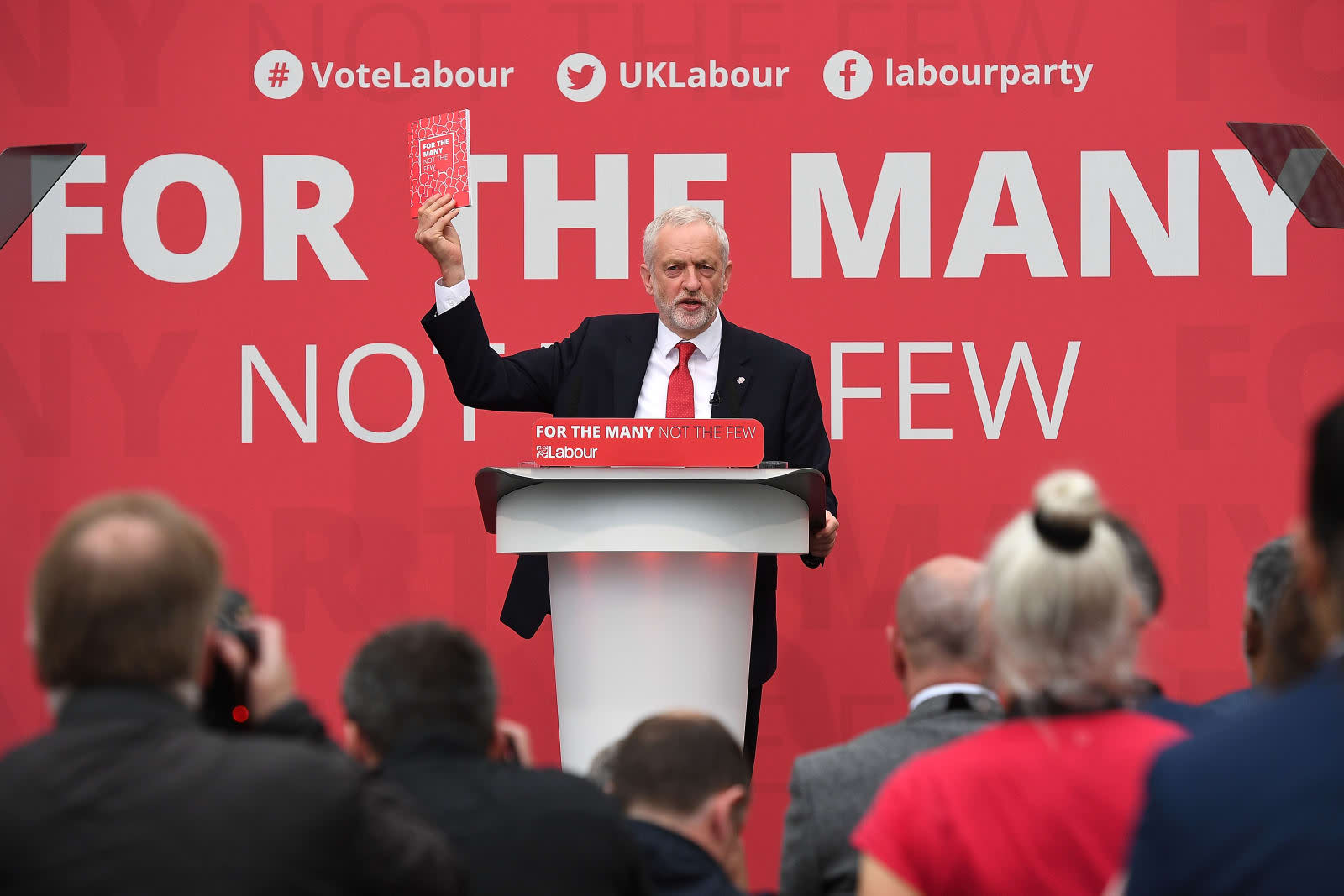 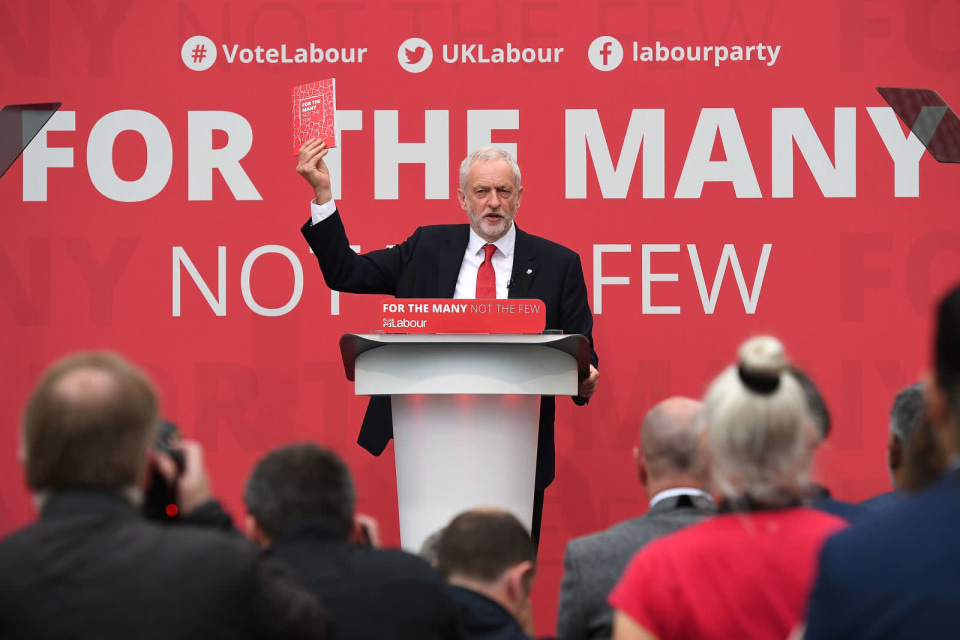 The UK has entered election season, which means it's time for all of the major political parties to cough up their manifestos. Today it was Labour's turn to put forward its proposed vision, which includes better broadband access, more investment in renewable energy and a renewed effort to tackle cybercrime. Most of these ideas are covered in vague, broad strokes — there's a lot to cover in a manifesto, after all — but they're still worth reading and considering, if only to get a general sense of what Labour leader Jeremy Corbyn thinks is most important for the country.

To keep our cities and towns powered, the Labour party is promising investment in new, "state-of-the-art low carbon gas and renewable electricity production." Exactly where that money would go, and how much would be allocated is unclear, although the party does stress it's "committed" to green energy projects such as tidal lagoons" Labour says it would also ban fracking to help free the country from its fossil fuel dependency, while supporting nuclear projects and people already working in the field. Such a transition wouldn't be easy, and Labour admits that better carbon capture and storage solutions would be needed short-term.

All of this feeds into one big mission for Labour: To source 60 percent of the UK's energy consumption from zero-carbon and renewable sources by 2030. "A Labour government will put us back on track to meet the targets in the Climate Change Act and Paris Agreement," the manifesto reads.

Internet access is slowly improving, but still there are towns, streets and buildings suffering from woeful broadband infrastructure. The opposition party is promising "universal" superfast (generally defined as 24MB of higher) broadband availability by 2022. If elected, it would also tell the National Infrastructure Commission "on day one" to start investigating how ultrafast (300Mbps) broadband can be rolled out over the next decade. In the cities, Labour wants citizens to have better access to public Wi-Fi, and will look at bringing "uninterrupted" 5G coverage to major roads and railways. Oh, and it generally wants to improve 4G coverage too.

To boost employment and general living standards, the party is set on growing the "digital economy," a popular buzzword for startups and other internet-enabled companies (which, by this point, is almost all businesses.) Part of that push will include a "Digital Ambassador" tasked with promoting Britain as a good place for investment and entrepreneurs.

To keep Britain on the cutting edge, a Labour government would also prioritise science, technology and health-based research. It would commit "extra research investment" and be "welcoming" to research staff who are keen to work in the UK. The party would also look to maintain the country's membership of Euratom, the pan-European atomic energy regulator, and the European Medicines Agency. As a single example, Labour says it would focus on the design, development and manufacturing of ultra low emission vehicles -- electric, hydrogen and the like.

Uber and Transport for London have had plenty of legal tussles over the last couple of years, debating how the ride-hailing company should be defined (and taxed) in the capital. Labour wants to settle the debate once and for all by reforming the current legislation that governs taxi and private hire services. New rules would include "national standards to guarantee safety and accessibility" and fresh guidelines that can both keep up with innovation and ensure that different companies can compete.

On the internet, the Labour government is keen to tackle "the growing threat of cybercrime" by providing police with additional equipment and resources. It would also force technology companies to introduce new policies that can help protect children and tackle online abuse. These would ensure "young children understand and are able to easily remove any content they shared on the internet before they turned 18." If that sounds familiar, it's because the Conservatives are pushing for a similar rule. Finally, Labour wants to sort "the broken ticketing market" that allows scalpers to quickly scoop up tickets and sell them on at an absurd markup.

Most of these ideas sound decent, however it's hard to judge them without knowing intricate policy details. There's also the issue of funding — it's easy to promise radical change, but another to find the necessary cash from the public purse. That'll be for Labour to figure out if it's elected — a tall order given the current polls, but not outside the realm of possibility.

In this article: applenews, election, generalelection, internet, jeremycorbyn, labour, labourmanifesto, labourparty, manifesto, politics, tomorrow
All products recommended by Engadget are selected by our editorial team, independent of our parent company. Some of our stories include affiliate links. If you buy something through one of these links, we may earn an affiliate commission.