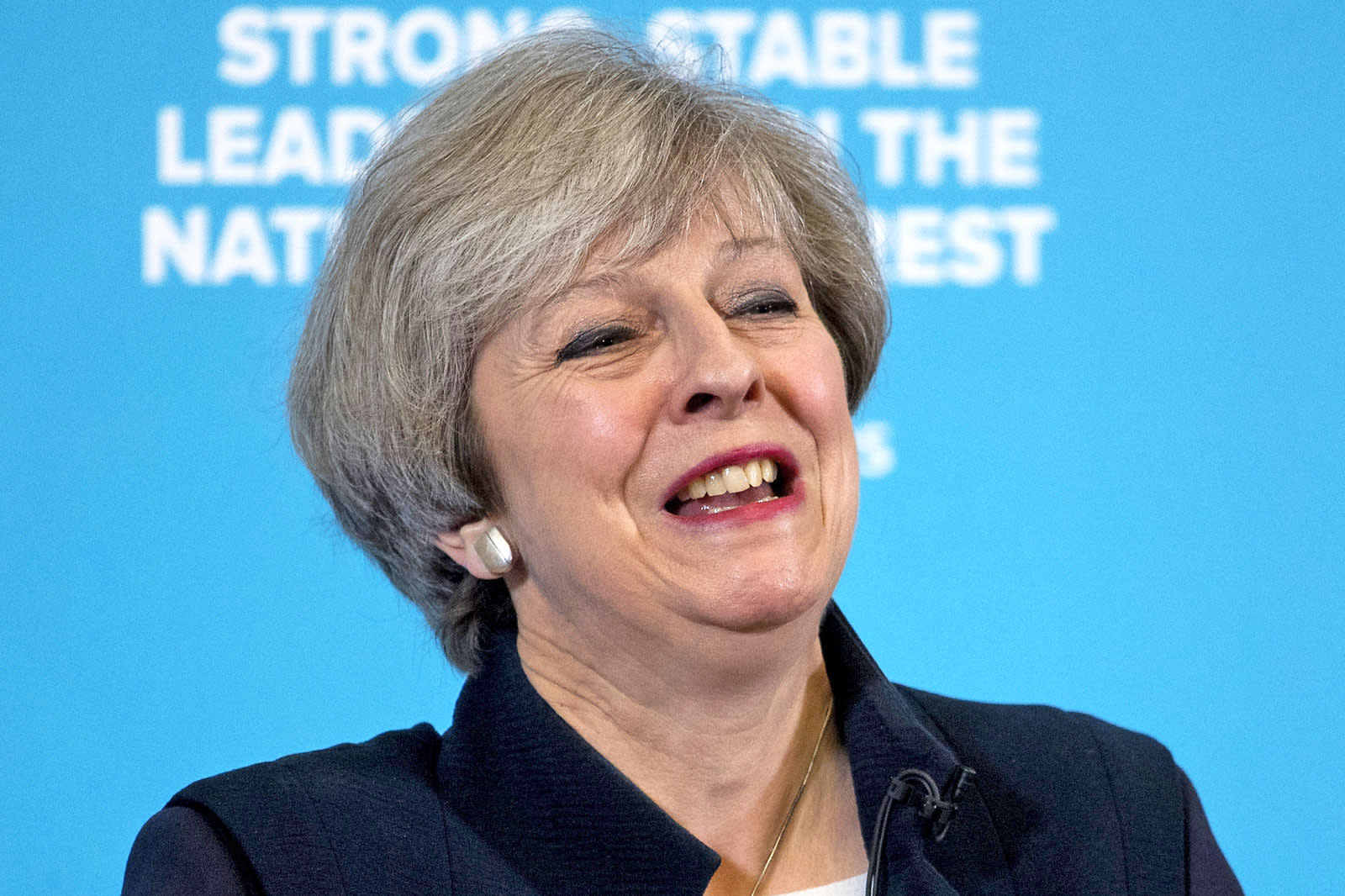 British internet users would be allowed to erase social media messages posted before they were 18 if the Conservatives win the upcoming General Election. In a statement, Prime Minister Theresa May pledged to introduce new powers that would give users more access to data services like Facebook and Twitter hold on them, but also fine companies if they fail to adequately protect it.

"The internet has brought a wealth of opportunity but also significant new risks which have evolved faster than society's response to them," May said. "We want social media companies to do more to help redress the balance and will take action to make sure they do."

Home Secretary Amber Rudd has already had "early conversations" Facebook and Twitter, BBC News reports. The party wants to position itself as a champion for young people by punishing internet companies that don't actively monitor and remove illegal content or "direct users unintentionally to hate speech, pornography or other sources of harm."

Labour has blasted the plans, noting that they pressed the Conservative government to introduce tougher penalties in the newly-passed Digital Economy Act. "The Home Office were crystal clear they did not want to legislate and that they believed the voluntary framework was sufficient," said Labour digital economy spokesman Louise Haigh.

"Now only three weeks on from those discussions, they're cynically trotting out tough talk that we know will be ultimately meaningless. The fact is that in government the Tories have been too afraid to stand up to the social media giants and keep the public safe from illegal and extremist content."

The announcement came shortly after various NHS trusts around the UK confirmed they were wrestling with major cyberattack. The malware, known as "WannaCrypt", uses a flaw first utilised by the NSA to take over and encrypt unpatched Windows XP computers and ransom their contents for a fee that rises if the user takes longer to pay. Microsoft has blasted spy agencies for stockpiling exploits, likening it to the US military having "some of its Tomahawk missiles stolen."

By introducing a new deletion system, the Conservatives hope to make it easier for users to remove controversial or embarrassing messages and photos posted while they were in their teens. It's been suggested that it's too difficult for users to go back through their history to erase such content, which is why a nuclear option is now being tabled.

In this article: applenews, gear, internet, politics
All products recommended by Engadget are selected by our editorial team, independent of our parent company. Some of our stories include affiliate links. If you buy something through one of these links, we may earn an affiliate commission.