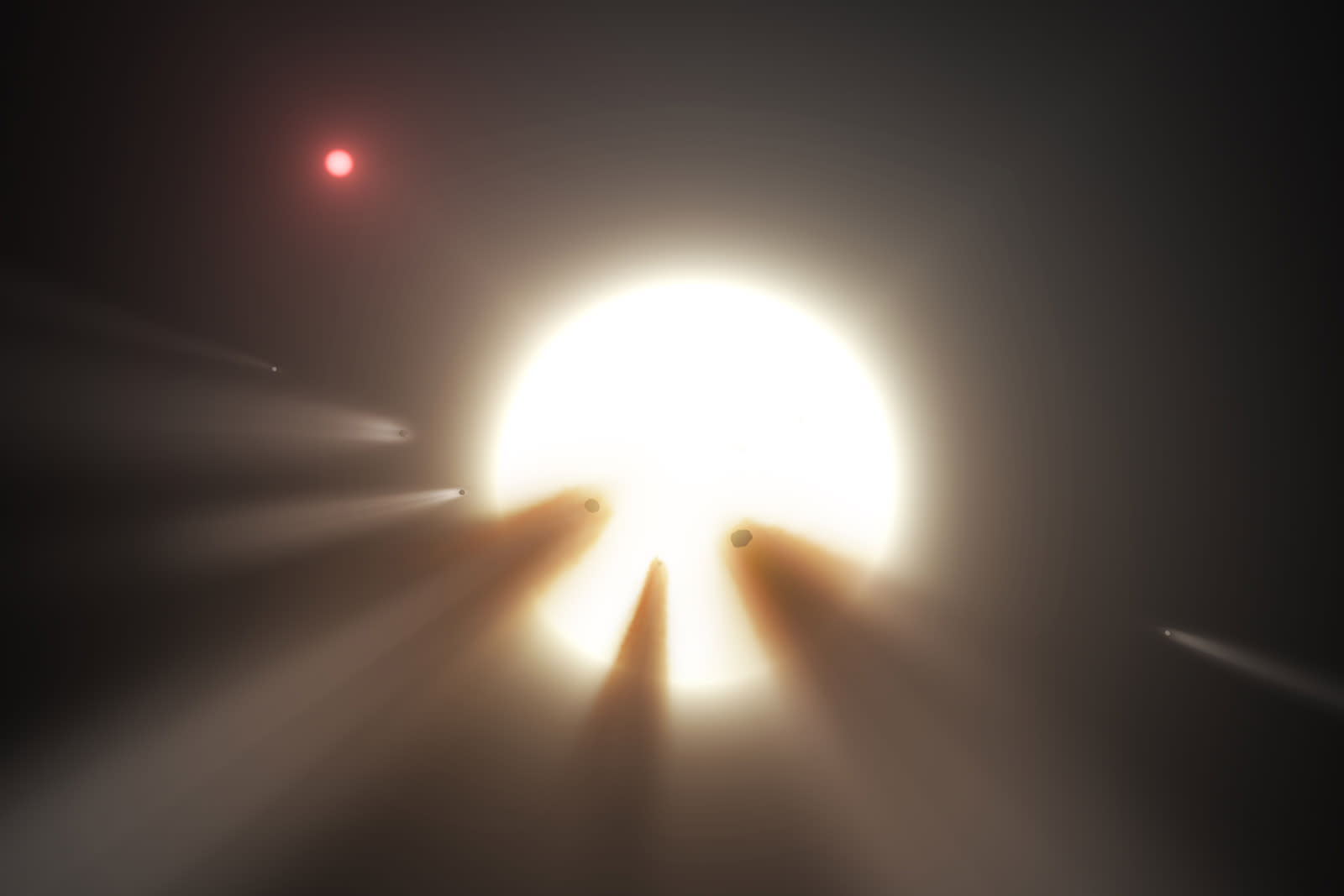 Astronomers may have ruled out an alien megastructure as the likely cause behind KIC 8462852's strange dimming, but it's still mysterious -- and that's partly due to the lack of live data (as live as you can get for a star 1,277 light years away, at least). How do you understand what's going on when you have to rely solely on historical info that doesn't even account for the star's spectrum? Thankfully, researchers are getting that big chance: they've caught the star in mid-dimming, and they have numerous telescopes trained on it. If they can record the spectrum before and after the oddball behavior, they may have a better idea of the root cause.

Scientists don't expect to find comets. They've mostly ruled that out given that the dimming has taken place for several decades or more. However, the spectral data could at least point them in the right direction. If there's consistent spectral dimming, it would point to a solid object like a planet. More uneven dimming, meanwhile, could point to dust or gas as the culprit.

A definitive answer isn't all that likely, at least not without extended analysis. With that said, just having a general idea of what's involved could be enough to shoot down wilder theories and narrow the focus. That, in turn, could improve humanity's overall understanding of the cosmos and prepare for the next time researchers spot something they can't immediately explain.

In this article: applenews, astronomy, astrophysics, gear, kic8462852, science, space, swiftspacetelescope, tabbysstar, tomorrow, video
All products recommended by Engadget are selected by our editorial team, independent of our parent company. Some of our stories include affiliate links. If you buy something through one of these links, we may earn an affiliate commission.