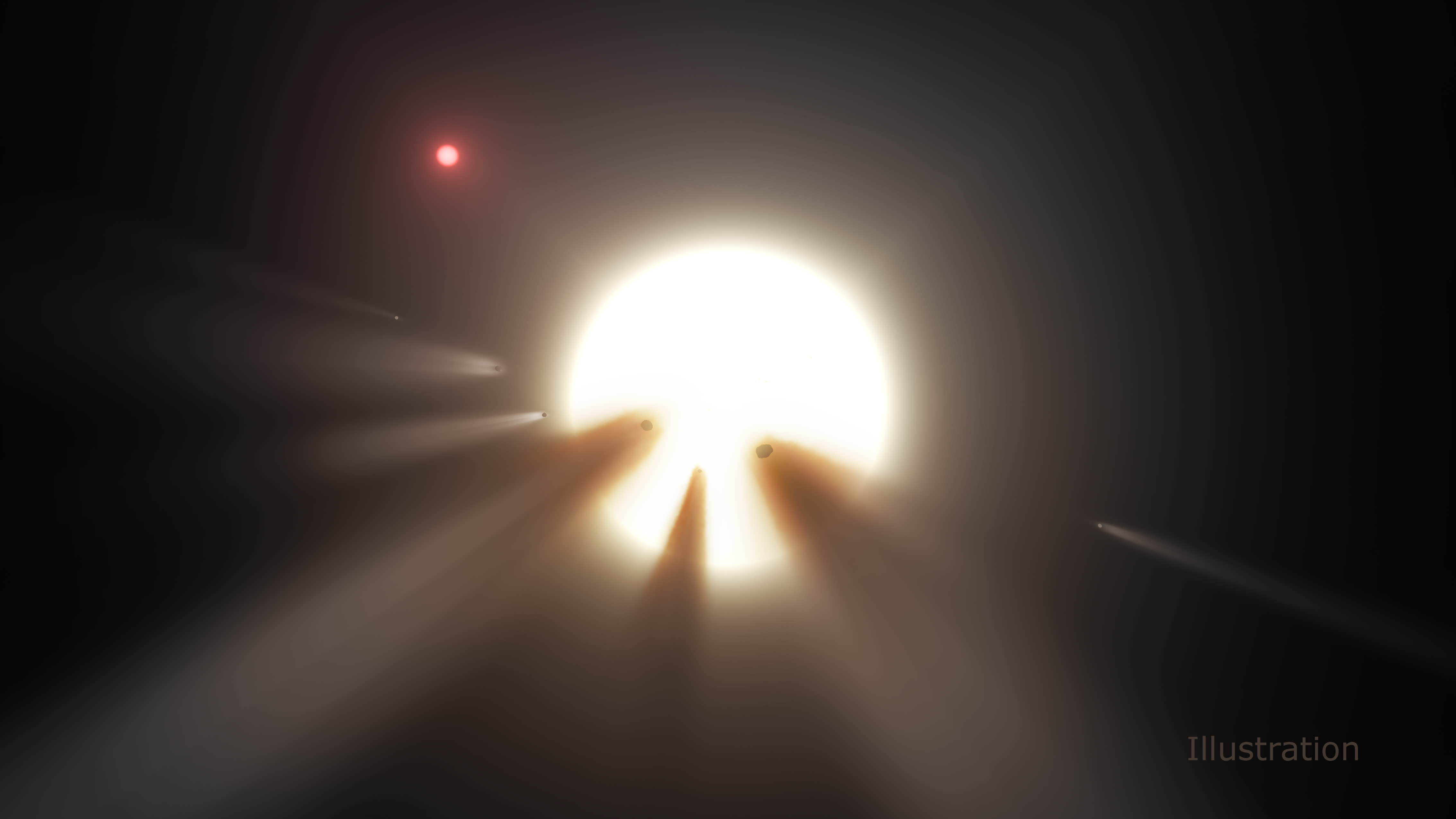 Astronomers' favorite mysterious stellar object, which may or may not be surrounded by an "alien megastructure", remains unexplained. A reason for the flickering light emitted by the star known as KIC 8462852 continues to evade the scientific community. But scientists have taken a closer look at the star's brightness levels, and it's official: the amount of light coming out of it has decreased by three percent over four years. Further, it's only happening to this one sun and none of its neighbors. The plot continues to thicken.

At first, scientists posited that the star's intermittent shining was due to comet swarms, but that seemed far less plausible when evidence emerged that it had been irregularly dimmed for over a century. But some have claimed the historical evidence is too unreliable to support a clear decreasing trend, pointed out Gizmodo.

So earlier this year, researchers Ben Montet of CalTech and Joshua Simon of the Carnegie Institute chose to study a few years of data on KIC 8462852, nicknamed Tabby's Star, gathered by the very precise Kepler space telescope. Ultimately, they explain in an unpublished report, the light decline is significant, not replicated by other nearby stars and is most likely not due to a comet cloud.

Back in October 2015, The Washington Post noted that scientists have mostly dismissed the theory that alien structures are blocking light from Tabby's Star. Mostly. Aliens should always be the last hypothesis considered, a Penn State University professor told the Post, but it would explain the flickering. Sadly, no new information was revealed in the Louisiana State University researchers' report, so the dimming remains a mystery. In their own cryptic but measured words from the paper, "No known or proposed stellar phenomena can fully explain all aspects of the observed light curve."

In this article: alien, aliens, astronomy, kepler, kic8462852, science, space, star
All products recommended by Engadget are selected by our editorial team, independent of our parent company. Some of our stories include affiliate links. If you buy something through one of these links, we may earn an affiliate commission.