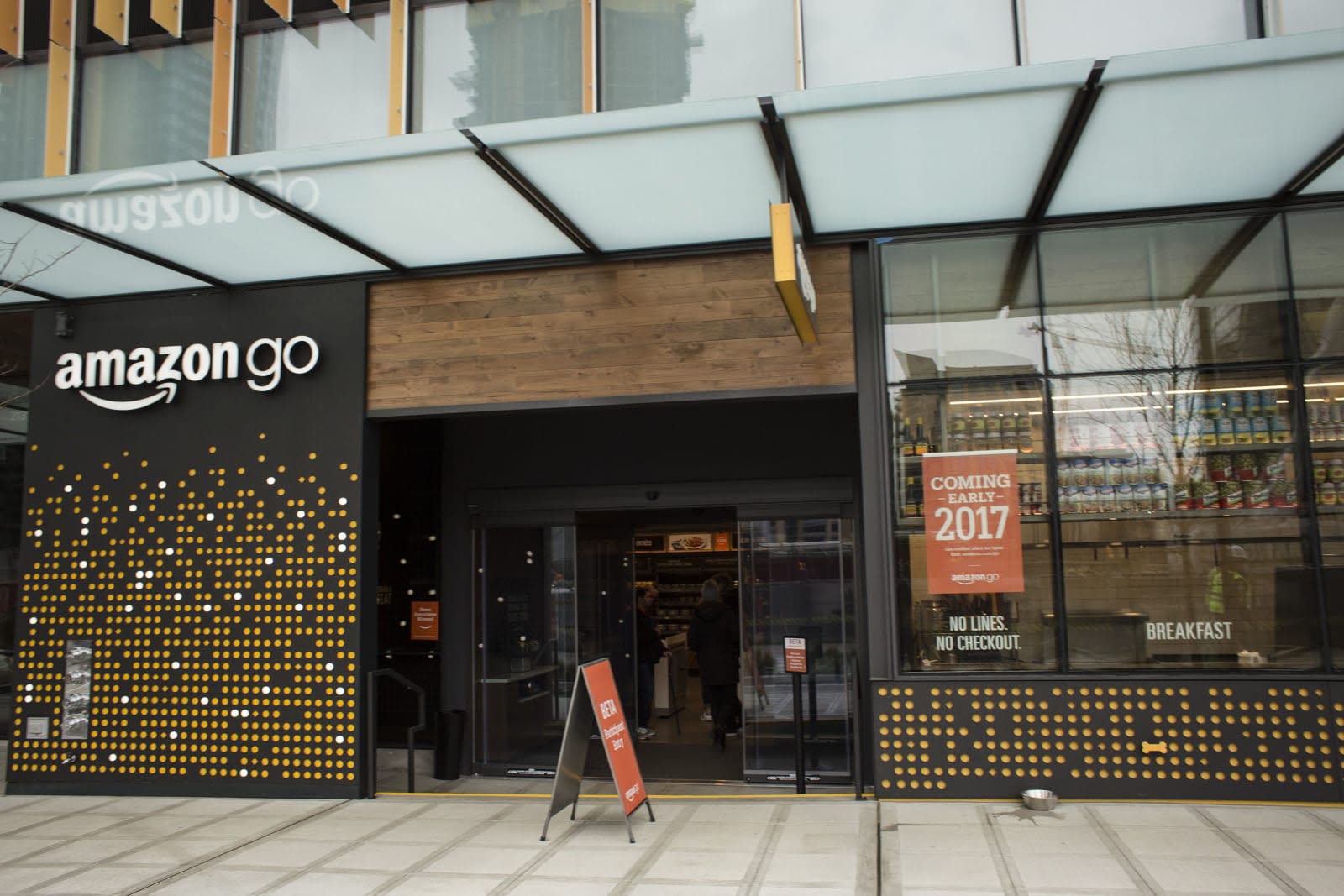 Amazon's checkout-free grocery stores could be coming to the UK and Europe, if its recent intellectual property filings are anything to go by. Bloomberg reports that the retailer has successfully registered trademarks for slogans "No Lines. No Checkout. (No, Seriously.)" and "No Queue. No Checkout. (No, Seriously.)" with the UK Intellectual Property Office, hinting that it's already planning to its high-tech Amazon Go stores outside of the US.

The registered strap lines were first used in a promotional video (shown below) for Amazon Go when the company first unveiled the concept in December 2016. In it, shoppers are shown signing in on the Amazon Go app, filling their bags and then leaving the store without stopping to check out. Sensors can detect the products and automatically bill the customer. Amazon calls it the "Just Walk Out Shopping" experience and has already opened its first store for employees in Seattle.

While Amazon has yet to confirm its expansion plans (the company also has registrations pending with the European Commission), major UK supermarkets will be keeping a keen eye on things. In a bid to mirror Amazon, Tesco recently confirmed it's trialling a new one-hour delivery service, but is currently only offering the option to select customers and staff in London zones 1 and 2.

In this article: amazon, amazongo, applenews, gear, grocery, internet, sainsbury, tesco
All products recommended by Engadget are selected by our editorial team, independent of our parent company. Some of our stories include affiliate links. If you buy something through one of these links, we may earn an affiliate commission.