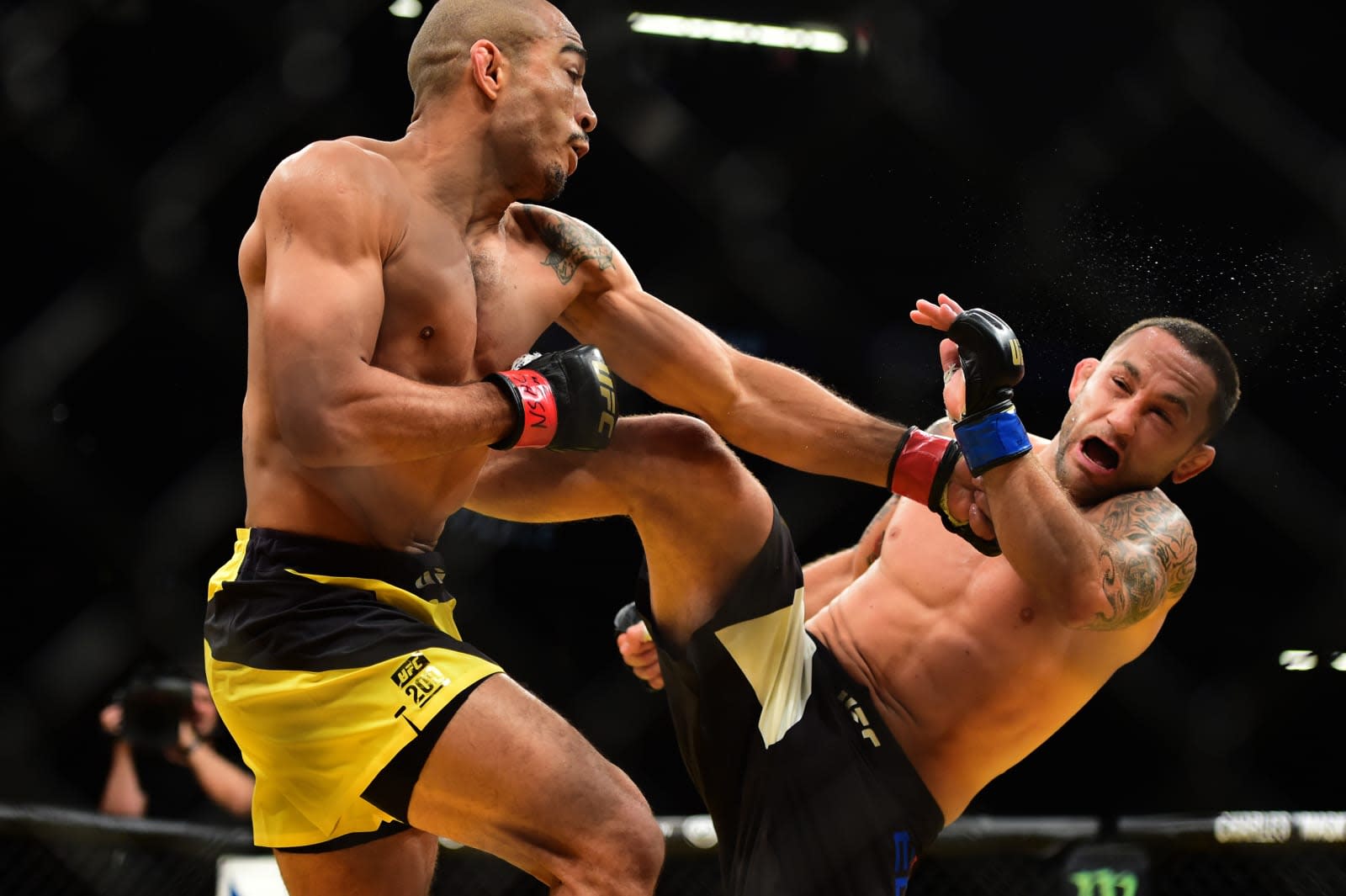 Soccer. Basketball. Golf. While plenty of sports are being shot in 360-degree video, the format is still the exception, rather than the rule. For Samsung, which wants to sell as many Gear VR headsets as possible, that just won't do. To solve the problem it's teamed up with the UFC (Ultimate Fighting Championship), the X Games and concert organiser Live Nation for a slew of VR programming called "VR Live Pass." The first events will be available from June through the Samsung VR app, with near-global access provided you have a headset handy and a stable internet connection.

The first broadcast will be a UFC clash between José Aldo and Max Holloway. The featherweight bout will take place in Rio de Janeiro, Brazil on June 3rd, and mark the first time a UFC fight has been live-streamed in VR. Samsung will then shift to the X Games in Minneapolis for some live BMX and skateboard coverage starting on July 13th. With the likes of Jimmy Wilkins, Chad Kerley and Jagger Eaton, you can expect some, like, totally gnarly backflips and 5-O grinds. Finally, the Gear VR pass will cover a live music concert with a yet-to-be-announced artist in August.

To earn a mainstream following, VR needs content, and lots of it. Spherical video is cheaper to produce than "true," computer-generated virtual reality, which is why there's so much of it in the Gear VR store (and other virtual reality platforms) right now. It's easily marketable too, especially to people who might not have tried VR before and aren't sure why they should be interested in the technology. The long-term audience for live, 360-degree sport is unclear, however. For most it's a novelty, one that's immersive but ultimately inferior to carefully orchestrated TV broadcasts.

In this article: 360degreevideo, 360video, applenews, av, entertainment, livenation, music, samsung, sports, ufc, UltimateFightingChampionship, virtualreality, vr, XGames
All products recommended by Engadget are selected by our editorial team, independent of our parent company. Some of our stories include affiliate links. If you buy something through one of these links, we may earn an affiliate commission.