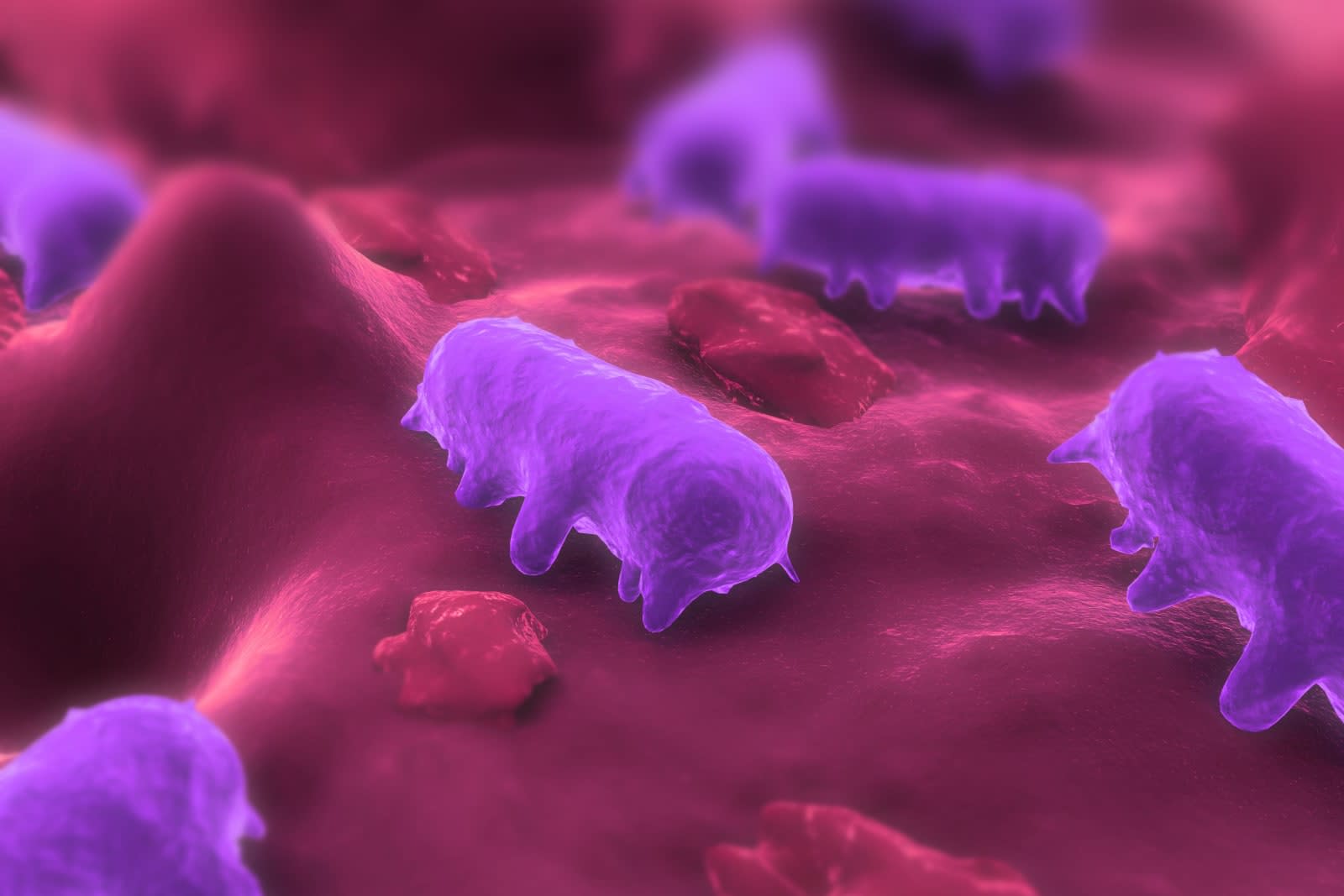 Scientists dream of using custom organisms to fight illnesses or even build computers, but there's a problem: it's difficult to make the sweeping genetic changes that would give you exactly the lifeform you need. To that end, researchers have found a way to rewrite "large stretches" of genomes with synthetic DNA. The team modified salmonella bacteria by using step-by-step recombineering (that is, exchanging sequences between similar pieces of DNA) to patch in yeast-grown genes that were "amplified" to boost their quality. The result was salmonella with 1,557 replacements spread across 176 genes -- a huge change for a relatively simple organism.

The resulting bacteria appears to be largely healthy. It grows about as quickly as the completely natural variety, and there aren't any serious growth defects.

This is still early work, so you're not about to have customized bacteria coursing through your body any time soon. Salmonella is relatively easy to edit, and there's a big difference between a lab experiment and crafting bacteria that reliably produces a specific result. However, it's promising. Gene editing techniques like CRISPR don't have enough throughput to make these kinds of large-scale changes, and other methods are often slow and complicated -- this allows for quick yet drastic modifications. Simply put, this could help unlock the fuller potential of genetic engineering. Instead of making tiny tweaks, geneticists could rewrite DNA sections so large that the result is almost unrecognizable compared to the original.

In this article: applenews, bacteria, dna, GeneticEngineering, genetics, life, medicine, recombineering, salmonella, sircas, syntheticbiology, syntheticlife, TL17SCINZ, tomorrow
All products recommended by Engadget are selected by our editorial team, independent of our parent company. Some of our stories include affiliate links. If you buy something through one of these links, we may earn an affiliate commission.