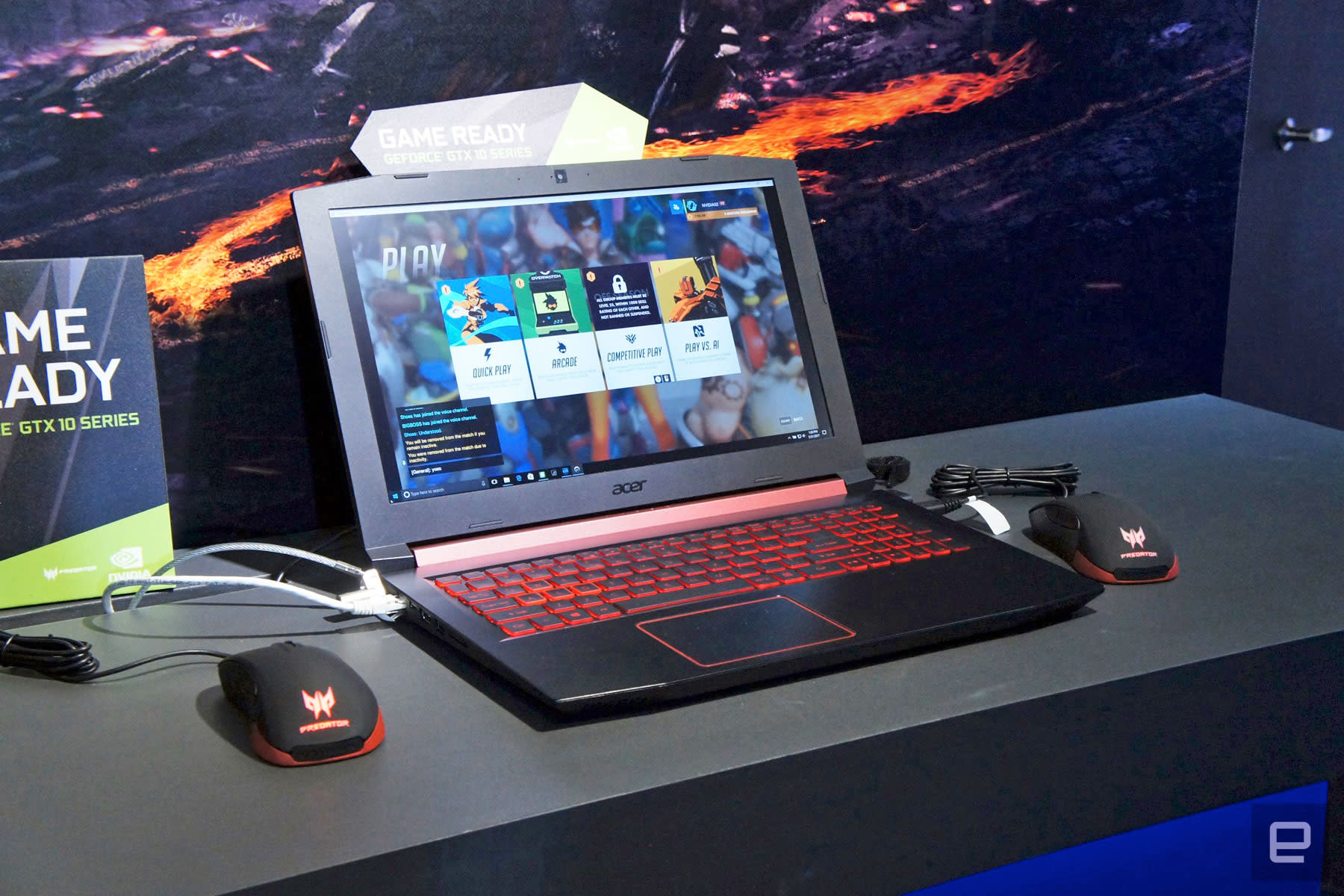 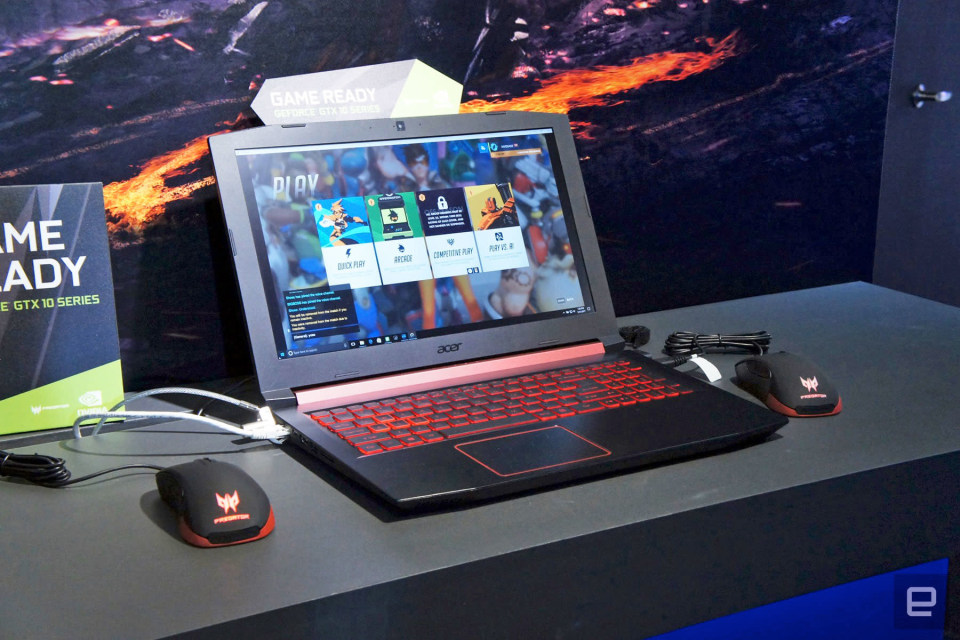 Acer's Nitro 5 is the company's attempt to reach out to those folks who don't game often but still want to have fun once in a while. The result is a laptop with a variety of middle-of-the-road configurations that you can take all the way up to a Core i7 CPU and NVIDIA's GeForce 1050 Ti. In addition, you can throw in as much as 32GB of RAM. Prices start at $799 when it launches in July. The Nitro 5 features a 15.6-inch 1080p display, as well as a single USB-C port alongside a trio of standard USB connectors (1 x 3.0, 2 x 2.0). But while Acer is pitching this at the mainstream, it's undeniably a laptop that's been designed for gamers. The brushed black-and-silver case with red accents screams "gaming laptop," plus the keyboard is backlit with red LEDs.

It's also, without being uncharitable, a little on the hefty side, with the angled design working overtime to mask how thick it is. At the same time, however, it doesn't feel that sturdy -- though it's still solid enough to reassure you it'll survive the rigors of student life in a well-traveled backpack. One of the reasons the Nitro 5 so thick is that it packs a pretty powerful thermal exhaust that does a decent job of keeping the device cool.

Keeping in mind that a demo unit will usually run well enough to impress the press, the model I used was certainly impressive when it came to processing speeds. A quick Overwatch session loaded in seconds and looked pretty decent, but that game is hardly the most demanding. Still, I won't make any claims until the Nitro 5 has been reviewed more thoroughly. In addition, Acer's representatives have conceded that the laptop isn't ready for VR, reducing its allure for anyone who wants to adopt the tech.

It's the nongaming part of the Nitro 5 that may be harder to sell, however, because the keyboard really isn't the sort you'd want to use on a regular basis. The keys are made of a squat, sticky rubber that feels like it was pulled from an industrial keyboard designed for wet weather. There's a good amount of travel, but otherwise, it's not a keyboard that you'll want to use for hours at a time during an essay crunch.

Then there's the issue with Nitro 5's place in history, because the laptop now feels agricultural compared with its flagship brethren. Its brother, the Triton 700, has benefited from NVIDIA's Max-Q laptop-shrinking program, is far skinnier and far more powerful. Side by side, it's hard not to feel envious that the leaner laptop is capable of far more than its schlubbier sibling.

In this article: acer, AcerNitro5, applenews, Computex2017, gaming, GamingLaptop, hands-on, Nitro5, personal computing, personalcomputing, Windows10
All products recommended by Engadget are selected by our editorial team, independent of our parent company. Some of our stories include affiliate links. If you buy something through one of these links, we may earn an affiliate commission.