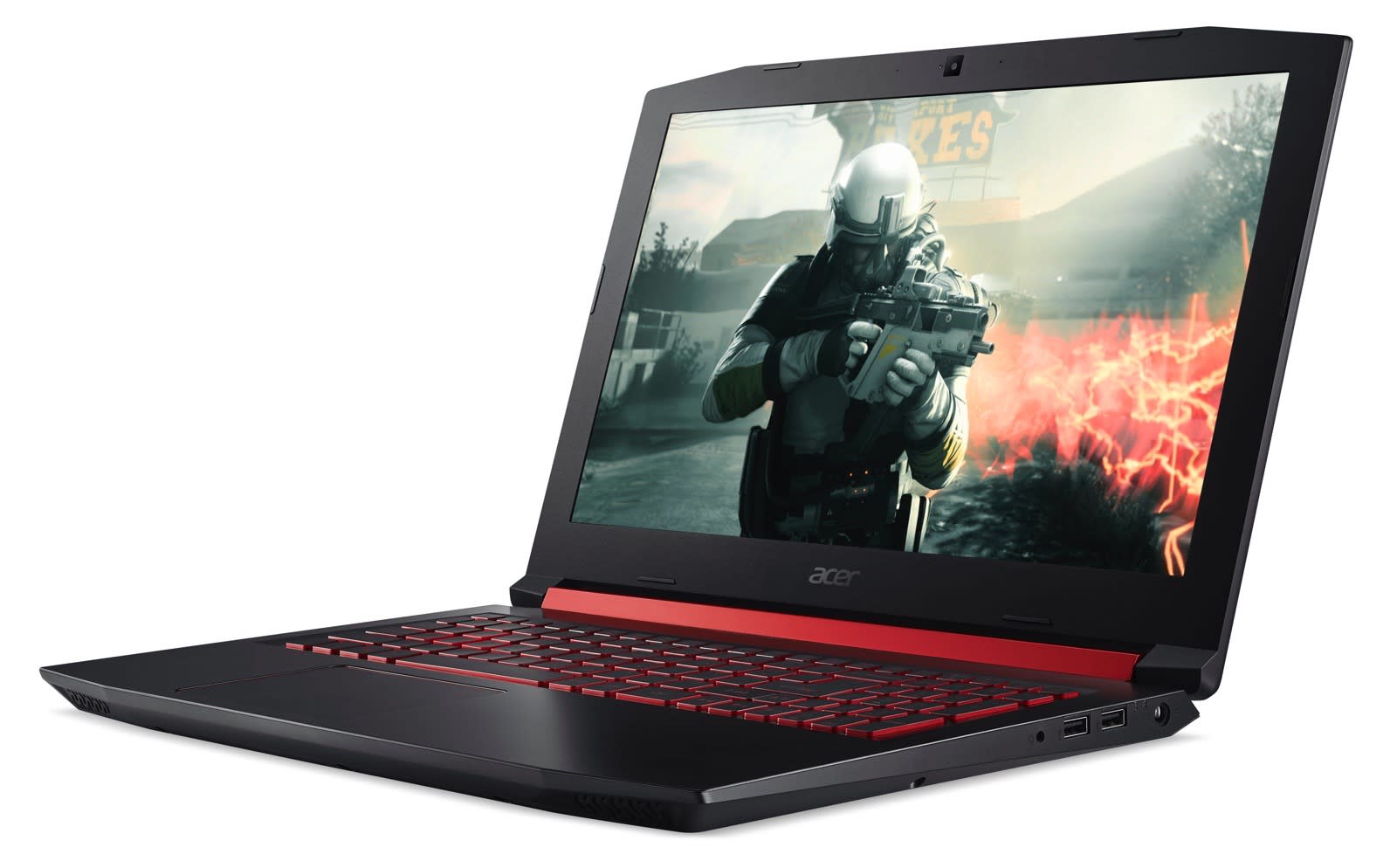 As a company with several indistinguishable product lines, the last thing Acer needs is another family of laptops to follow. But with the Nitro 5, it's hoping to make a dent in the increasingly important budget-gaming market. It's not the most powerful laptop around. Instead, the company is hoping to attract people who game once in a while.

You can choose from configurations with up to NVIDIA GeForce 1050Ti graphics and seventh-generation Intel Core i5 and i7 CPUs, or AMD FX, A10 and A12 CPUs, with up to Radeon RX550 graphics. Either way, you can stuff in up to 32GB of RAM, and you have the option of PCI-E SSDs to speed up performance.

Together with a 15.6-inch 1080p screen, the Nitro 5 includes a USB-C 3.1 port, a USB 3.0 port and two USB 2.0 connections. There's also gigabit Ethernet, 802.11AC wireless and an HDMI 2.0 port. Design-wise, the Nitro 5 is unquestionably a gaming laptop, with bright lights, sharp lines and some serious air vents. While it's a bit of a step down from the sleeker Aspire V Nitro, which sports a GeForce 1060 GPU, hopefully the Nitro 5 will come in significantly cheaper. Unfortunately, Acer isn't revealing pricing yet, but we hear more information will be coming soon.

In this article: acer, applenews, Computex2017, convertibles, gadgetry, gadgets, gaming, gear, laptops, Nitro5, personal computing, personalcomputing, Spin1
All products recommended by Engadget are selected by our editorial team, independent of our parent company. Some of our stories include affiliate links. If you buy something through one of these links, we may earn an affiliate commission.