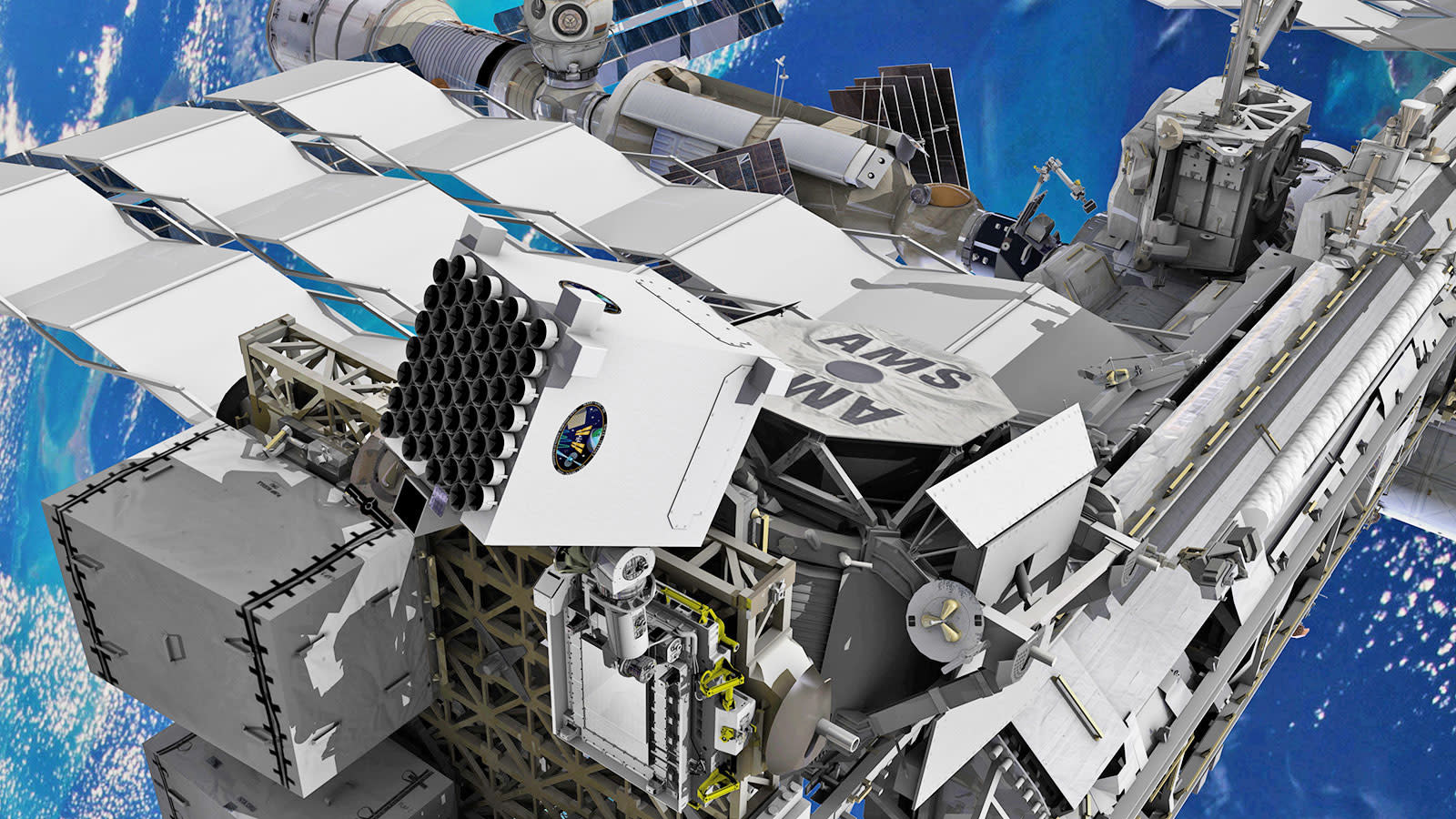 On June 1st, a SpaceX Falcon 9 rocket will carry supplies and new instruments to the ISS, including one designed to observe some of the strangest objects in the universe: neutron stars or pulsars. The Neutron Star Interior Composition Explorer (NICER) will be installed outside the ISS, where it will look for and study the extremely dense objects. Neutron stars begin their lives as stars around seven to 20 times the mass of our sun. When they collapse and cause a supernova explosion, they turn into a sphere that's only 12 miles across, with twice the mass of our sun squeezed inside. They're also called "pulsars" when they rotate hundreds of times per second.

The only objects denser than neutron stars are black holes, and they typically happen when stars over 20 times the mass of our sun explode. NICER principal investigator Keith Gendreau likens its density to Mount Everest squeezed into something like a sugar cube. Project deputy Zaven Arzoumanian says the objects pretty much "represent a natural density limit for stable matter that you can't exceed without becoming a black hole."

Scientists still have no idea what happens to atoms in that density, and that's what they're hoping to find out with the help of the new instrument. NICER will use X-ray to look for hot spot emissions caused by a pulsar's fast rotation and strong magnetism. Its observations will help scientists figure out a pulsar's interior structure and to find out the mass threshold needed for a star to become a black hole instead of a pulsar.

You can watch SpaceX's Falcon 9 lift off from Kennedy Space Center's historic 39A launch pad on NASA TV. The agency will broadcast the pre-launch briefing at 4PM and the event itself starting at 5:15PM on June 1st. SpaceX will also try to land the rocket's first stage at Cape Canaveral if the launch is a success, so keep an eye out for a video of the attempt, as well.

In this article: applenews, gear, ISS, launch, NASA, neutronstar, NICER, pulsar, space
All products recommended by Engadget are selected by our editorial team, independent of our parent company. Some of our stories include affiliate links. If you buy something through one of these links, we may earn an affiliate commission.