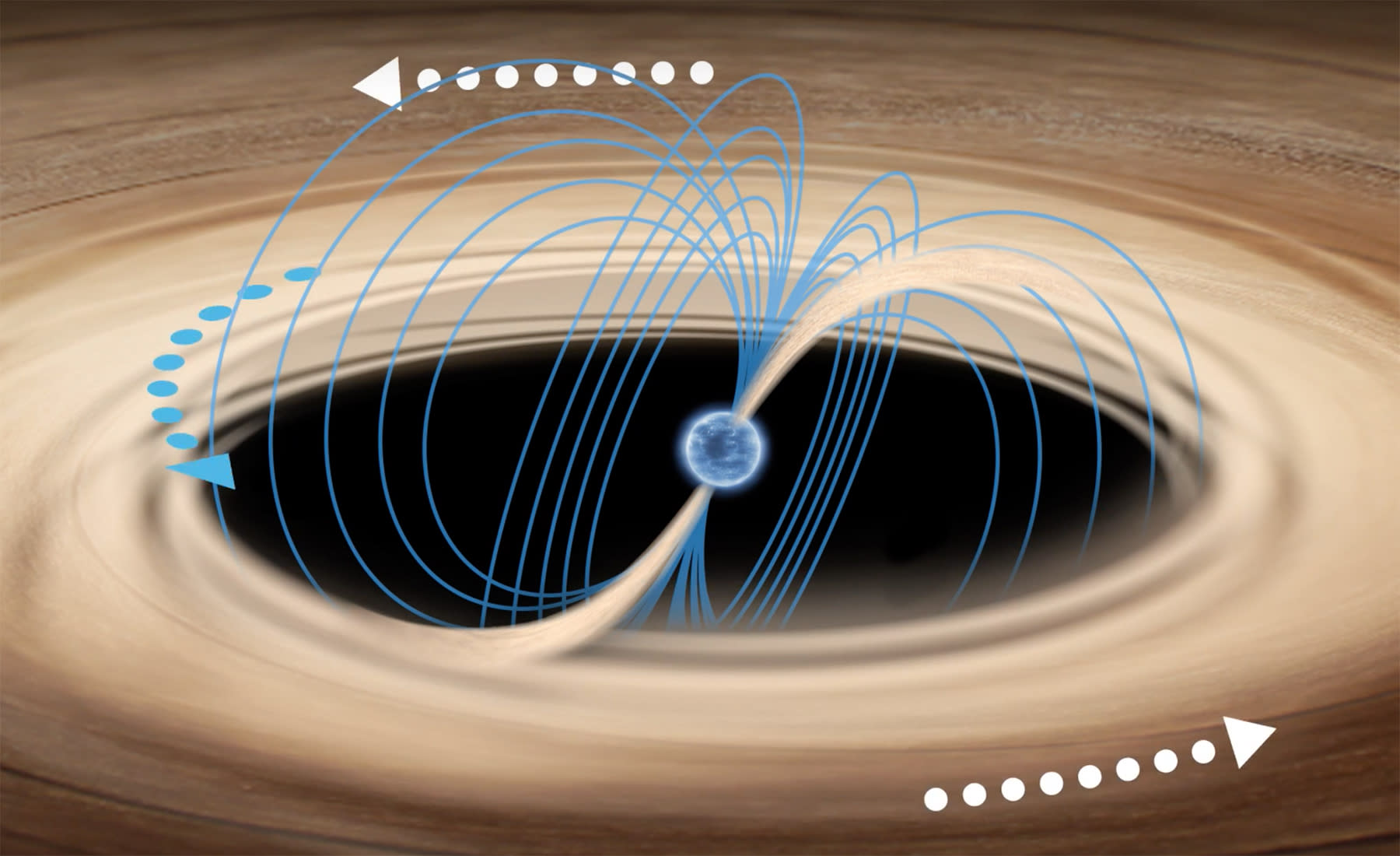 Scientists think they've discovered why an unusual star system is emitting "sudden, erratic and extremely intense" bursts of X-rays. Using three different space telescopes, the team set out to investigate "Rapid Burster," a binary system first discovered in the 1970s, in 2015. It contains a small star and a "neutron star," the term given to collapsed cores of formerly giant stars. Normally, this setup would produce "type-I" bursts, as the dense neutron star strips the gas of its younger neighbor. The Rapid Burster does this too, but curiously it also exhibits rarer, high energy "type-II" blasts.

Following some close examination, scientists believe the neutron star's magnetic field is to blame. It spins so fast that it creates an inner edge to the gaseous disc collected from its companion star. The best way to think of it is like a merry-go-round -- the field spins at such a velocity that hardly anyone can get on. As the gas accumulates at the edge, however, it gradually spins faster and is able to make the jump. That build up, the team says, is what causes the seemingly erratic and powerful type-II bursts.

"The Rapid Burster is the archetypal system to investigate type-II bursts -- it's where they were first observed and the only source that shows both type-I and type-II bursts," Jakob van den Eijnden, a PhD student at the Anton Pannekoek Institute for Astronomy in Amsterdam explains. Indeed, type-II bursts have only been discovered in one other place: Bursting Pulsar, another binary system uncovered in the 1990s. The far-flung location, as far as scientists can tell, exhibits type-II bursts exclusively, however. That makes the Rapid Burster unique, and a constant curiosity, one that will no doubt attract further examination in the future.

In this article: binarysystem, esa, europeanspaceagency, magneticfield, nasa, science, space, stars, xrays
All products recommended by Engadget are selected by our editorial team, independent of our parent company. Some of our stories include affiliate links. If you buy something through one of these links, we may earn an affiliate commission.