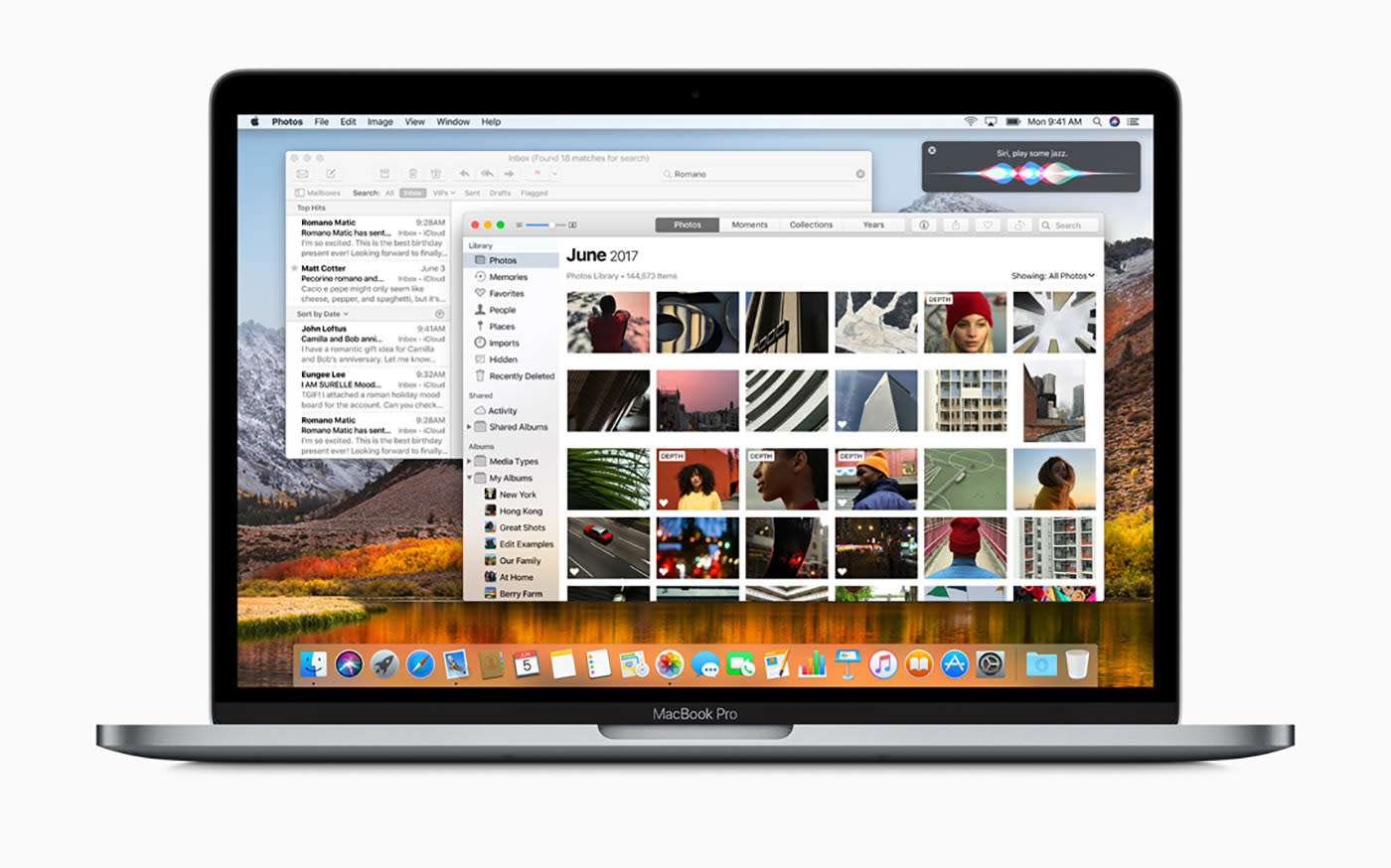 At its WWDC developer conference today, Apple revealed that its latest (not very creatively named) macOS system, High Sierra, will run Apple File System (APFS). Apple claims that High Sierra is its fastest operating system ever, and Apple File is part of that, offering much better performance and security than before. It was first unveiled at WWDC last year, and Apple said it would arrive to all of its products, from Apple TV to watchOS to iOS. As such, many folks were expecting it to come to MacOS today at WWDC 2017.

Along with the speed, APFS supports far more files than ever, letting you put nine quintillion of them on a single volume. Security-wise, it includes multikey encryption, making it tough for bad guys (or law enforcement and spies) to crack even if they have physical access to your drive. That encryption will also work in a unified way across all of Apple's devices. At the same time, APFS is backwardly compatible with all of your HFS formatted drives.

Apple File is arguably a more important update on macOS than other devices, because a lot of creative folks lean on their Macs for disk-heavy tasks like video and photo editing. As Apple VP Craig Federighi showed on the stage, copying files now runs nearly instantly on Apple File, compared to the now-decades-old HFS filesystem. It offers not only better throughput but also faster latency -- important if you're handling lots of files.

Apple says that the new advanced file system is "optimized for modern storage," including fast SSDs and flash, Lightning and USB drives. It will also easily adapt to future types of storage, the company says. The new file system will arrive sometime in September at Apple's usual iPhone event with the launch of macOS High Sierra.

In this article: apple, AppleFile, applenews, gear, MacOS, personal computing, personalcomputing, WWDC2017
All products recommended by Engadget are selected by our editorial team, independent of our parent company. Some of our stories include affiliate links. If you buy something through one of these links, we may earn an affiliate commission.