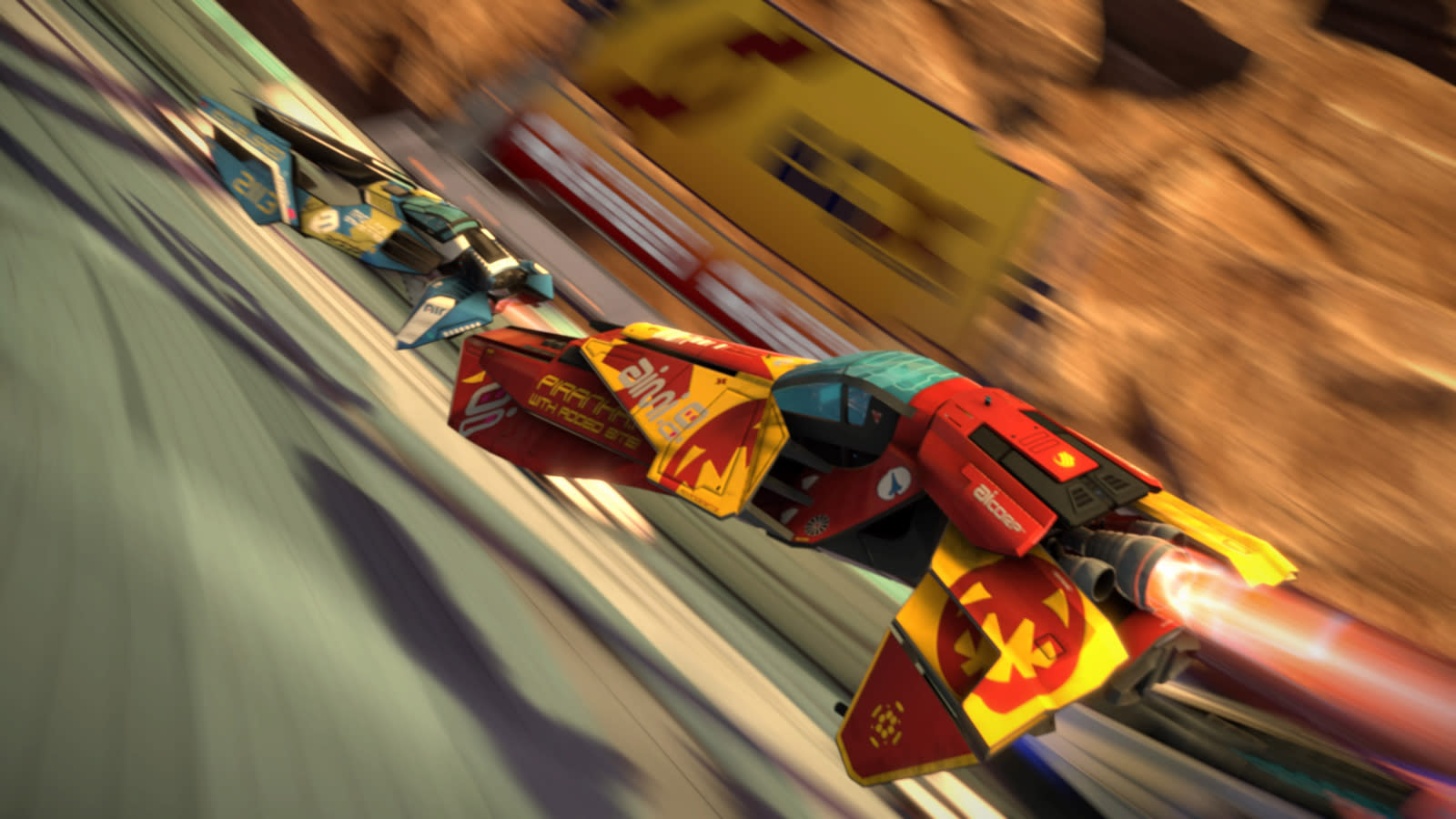 If you were a console racing game fan in the '90s, there's a good chance that Wipeout is forever etched in your brain -- it's hard to forget that mix of sci-fi racing and genre-defining dance music. But how did it come to be? As it turns out, it was almost a happy accident. To mark the launch of Wipeout Omega Collection, Sony has posted a retrospective that reveals the oddball set of circumstances that led to the series' creation: alcohol, Mario Kart, CD technology and the movie Hackers all played important parts.

The ball got rolling when two Psygnosis developers, Nick Burcombe and Jim Bowers, had a drink while sharing ideas. Burcombe recalled an epiphanic moment when he won a Mario Kart race while listening to trance music, and suggested that he'd like to bring this experience to a concept Bowers had developed where racing ships fired missiles at each other. When Sony bought Psygnosis and asked it to create a video game sequence for Hackers, Bowers and Burcombe used that opportunity to refine their idea. Psygnosis liked the result so much that it asked Burcombe to lead the development of Wipeout and, by extension, one of the studio's first PlayStation titles.

We won't delve into the rest of the story, but the game franchise was helped in no small part by the technology of the time. Both 3D graphics and CD-ROM drives were taking off, and that let Psygnosis build the game it really wanted without the technical constraints of earlier consoles and PCs. And of course, the CD was instrumental to the soundtrack -- they couldn't have had the likes of Orbital or The Chemical Brothers if it weren't for all that extra storage. The original Wipeout was so technologically ambitious that the team had to reboot the project, and it left PlayStation's then-leader Ken Kutaragi doubtful that the game would be ready on time.

Yes, the piece is ultimately a plug for the Omega Collection, and there's no mention of the full-on series revival that many fans want. You'll have to turn to other games for that. Even so, it's useful as a rare look at the birth of a title that left a lasting mark on the gaming industry.

In this article: applenews, av, games, gaming, playstation, ps4, psygnosis, racing, sony, studioliverpool, video, videogames, wipeout, wipeoutomegacollection
All products recommended by Engadget are selected by our editorial team, independent of our parent company. Some of our stories include affiliate links. If you buy something through one of these links, we may earn an affiliate commission.