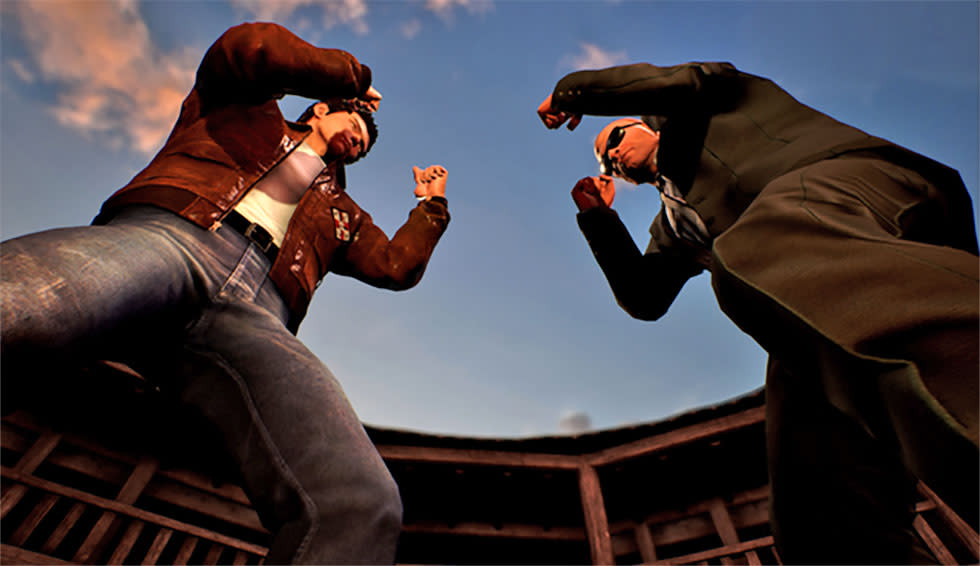 The third part of the Shenmue saga has been delayed, developer Ys Net revealed in a Kickstarter update today. Shenmue 3 was supposed to ship this December, however that always seemed unlikely given how little we've seen of the game through screenshots and gameplay snippets. In a video, series creator Yu Suzuki broke the news that the title will now be released in the second half of 2018. "By utilizing new technologies, we have been able to discover new possibilities and expressions," he said. "In many ways, the game has become bigger and more beautiful than I initially expected. We do, however, need more time to deliver the game to you."

Shenmue and Shenmue II are considered cult classics from the Sega Dreamcast era. They follow teenager and martial arts student Ryo Hazuki as he tries to track down his father's murderer. The large, open worlds and ambitious simulation aspects — both games had a day-and-night cycle, for instance — won the pair plenty of praise in 1999 and 2001 respectively. In the years that followed, many assumed the franchise was dead, another victim of Sega's exit from the console business. But in 2015, Yu Suzuki announced a Kickstarter for Shenmue 3 during Sony's E3 press conference. The project blew up, raising $6.3 million from almost 70,000 backers.

Today's delay will be agonizing but, I suspect, acceptable to diehard Shenmue fans. They have, after all, waited 16 years to see the next chapter in Hazuki's story. What difference will another 12 months or so make? Especially if it produces another game worthy of the Shenmue name.

In this article: applenews, art, crowdfunding, gaming, kickstarter, shenmue, shenmue3, shenmueiii, ysnet, yusuzuki
All products recommended by Engadget are selected by our editorial team, independent of our parent company. Some of our stories include affiliate links. If you buy something through one of these links, we may earn an affiliate commission.