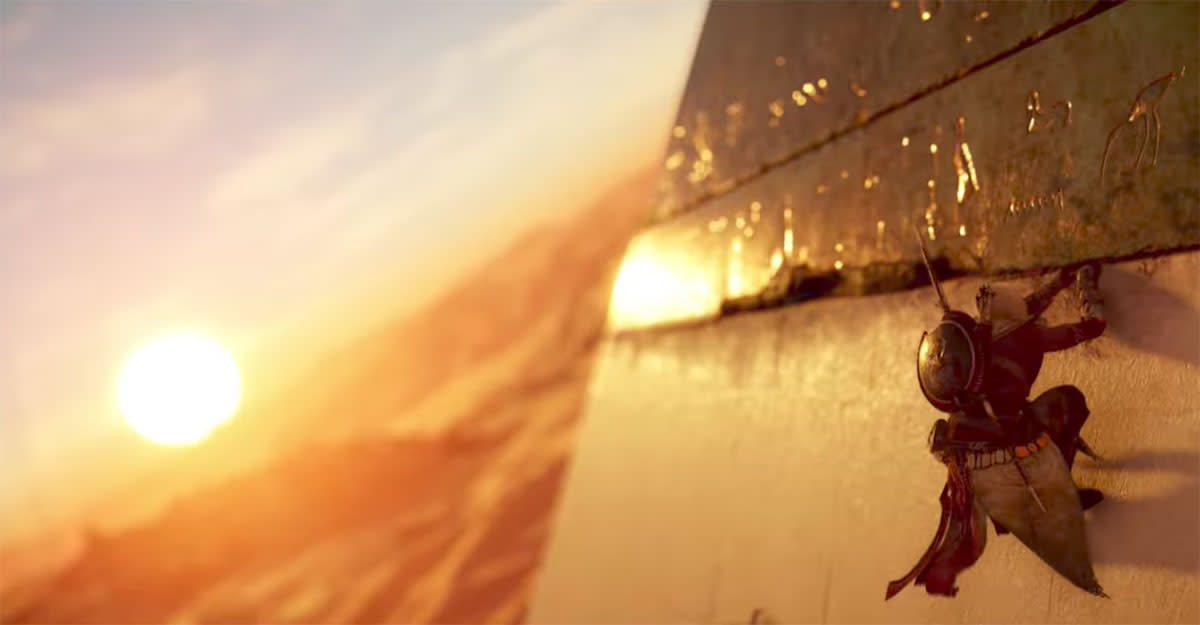 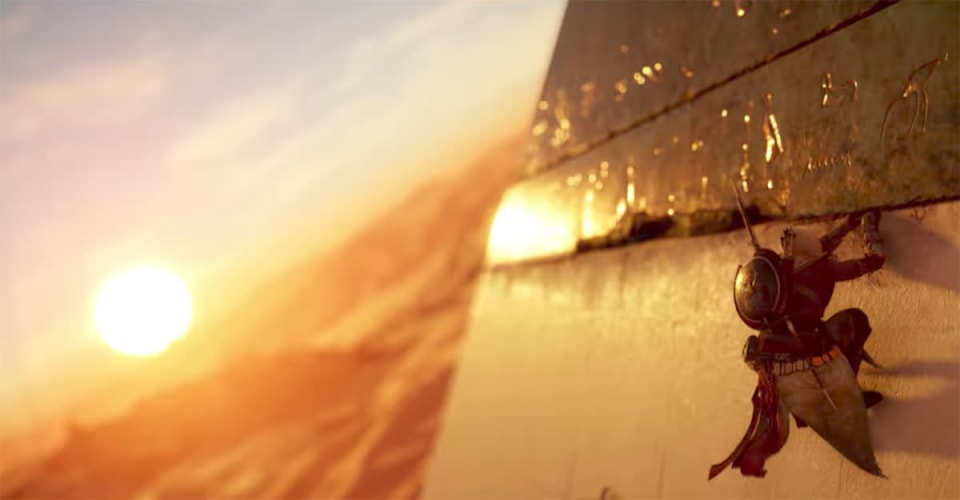 Gladiator battles, pyramids and hippos. Yes, hippos. Assassin's Creed Origins will tell you the story of how the assassin brotherhood began, with Bayek, an Egyptian sherif. While the rumors of an Egypt-based title have been around for weeks, we finally got to see how that will shape the stealthy-stabby series.

In addition to a cinematic introduction, we also got to watch a few minutes of in-game footage, with Bayek on horseback, his trusty bow in hand, scouting an Egyptian town that appears livelier than its predecessors. The protagonist also taps into a clever little ability that literally gives him a bird's eye view of areas in-game, without having to scale towers and walls.

Battles look relatively unchanged from older Assassin's Creed titles, although arrows and other projectile weapons appear to stick around longer in the sides of your enemies and wildlife. Speaking of wildlife, basing a game in Egypt offers up plenty of animals beyond the equestrian kind: elephants, leopards, hyenas and something resembling a giant water snake all get a quick tease. And, it appears that some animals will work with Bayek, while others (most of 'em) will want a fight. Expect to hear more details in the next few months, but you can expect to play Origins when it launches October 27th.

In this article: applenews, AssassinsCreed, assassinscreedorigins, av, e3, e32017, egypt, gaming
All products recommended by Engadget are selected by our editorial team, independent of our parent company. Some of our stories include affiliate links. If you buy something through one of these links, we may earn an affiliate commission.