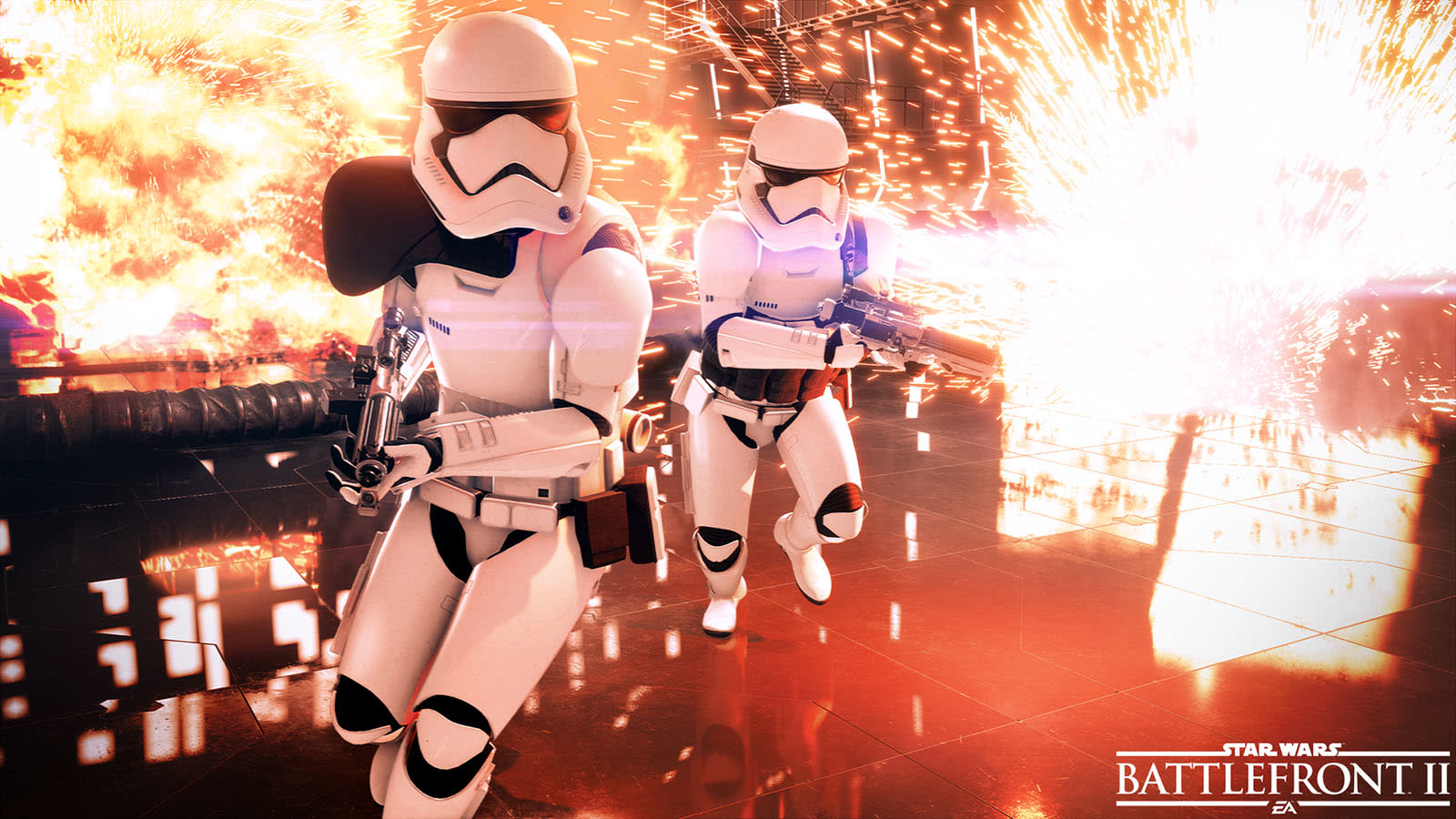 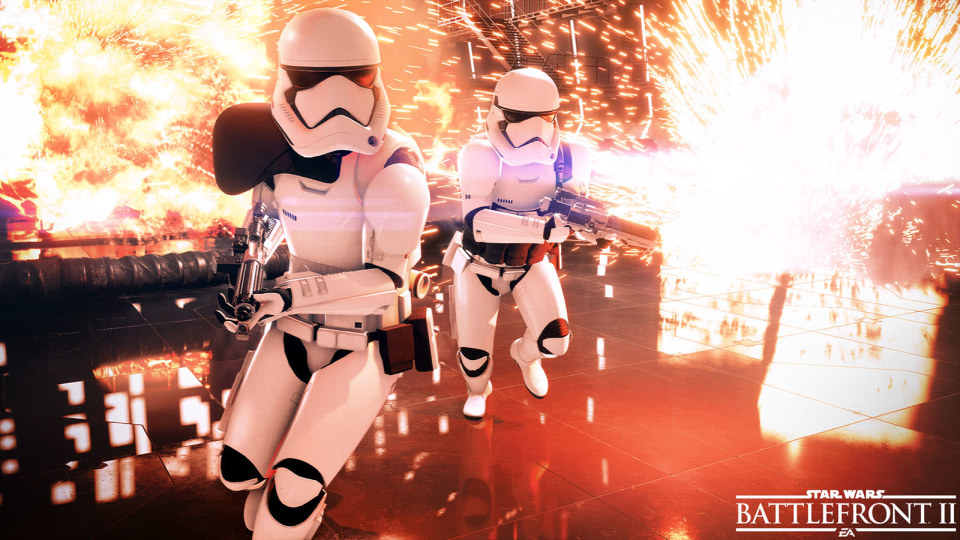 It's hard to talk about EA's multiplayer Star Wars shooter without accidentally stumbling over your words and mentioning the company's other large-scale war series: Battlefield. It's only natural. Long before Disney gave Electronic Arts the exclusive rights to create Star Wars video games, the Battlefront series was taking notes from DICE's own shooter -- draping science fiction trappings over the WWII game's vehicle combat, large battlefields and even its name. When EA took over the franchise its own game inspired, however, the resulting game was accused of being gorgeous, but shallow. Fortunately, the company seems to have heard player complaints. According to Star Wars Battlefront II executive producer Matt Webster, the next game in the series could play like a more accessible, but still sufficiently deep, Battlefield title.

Hints of this were all over the game's E3 reveal: a revamped multiplayer mode with character classes, a point-based progression system and, perhaps most importantly, the promise that all online DLC would be free. Three items that directly addressed some of the original game's biggest faults -- from its shallow game modes to an online community split between season pass holders and base game owners. Webster says the changes came after the team took a closer look at who, exactly, was playing Battlefront.

"This audience is different from the Battlefield audience," he told Engadget at the company's E3 event. "The Battlefield player is more of a 'core' player." Battlefront players, on the other hand, are pulled from both the gaming community, and a much wider, more diverse pool of general Star Wars fans. This is one of the things that led to making all of Battlefront II's multiplayer DLC free: It avoids fragmenting the online community between people who buy DLC and those who don't. "The Battlefield audience is used to that," Webster says, but Star Wars fans might not be. "We want to keep people playing together. This is a great way in which we are able to do that."

Webster says the idea is to keep the game accessible to players that might not fall into the "core" demographic that represents Battlefield fans. But that doesn't mean the game is simple. "Those players also still want depth and skill mastery," he says, which prompted the team to tweak first-person gunplay to be more accurate and technical than third-person mode, and why they added character classes. "It's still designed to be easy to pick up, but with enough headroom in there for players to really develop their skills," he added. "Some people think accessibility is simplicity," he says, "but it's not. To have a system that feels simple is kind of just obfuscating the complexity." He cites the game's starfighter combat as an example of this -- it's designed to make players feel like an 'ace pilot,' but have more depth than the previous game. How much depth, however, he wouldn't say, suggesting only that it would be more challenging to master than the flight of the previous game, but not as complex as some of the air combat in older Battlefield titles.

Without much hands-on time with the game at the show so far, it's hard to say for sure if these promises will pan out in the final game -- but if Webster's comments are anything to go on, it sounds like the team has the right approach. EA's first Battlefront game had all the sights and sounds of Star Wars. It was a game that felt right, but didn't have the depth to hold some players as long as it could have. By taking an accessible, but still complex approach, Star Wars: Battlefront II could be a better middle ground between its lightweight predecessor, and the Battlefield games that inspired it. "We have to bridge quite a challenging gap there," Webster said. "Simple enough to pick up and play, but hard to master."

In this article: applenews, av, battlefront2, e3, e32017, entertainment, games, gaming, interview, pc, ps4, starwars, starwarsbattlefront2
All products recommended by Engadget are selected by our editorial team, independent of our parent company. Some of our stories include affiliate links. If you buy something through one of these links, we may earn an affiliate commission.