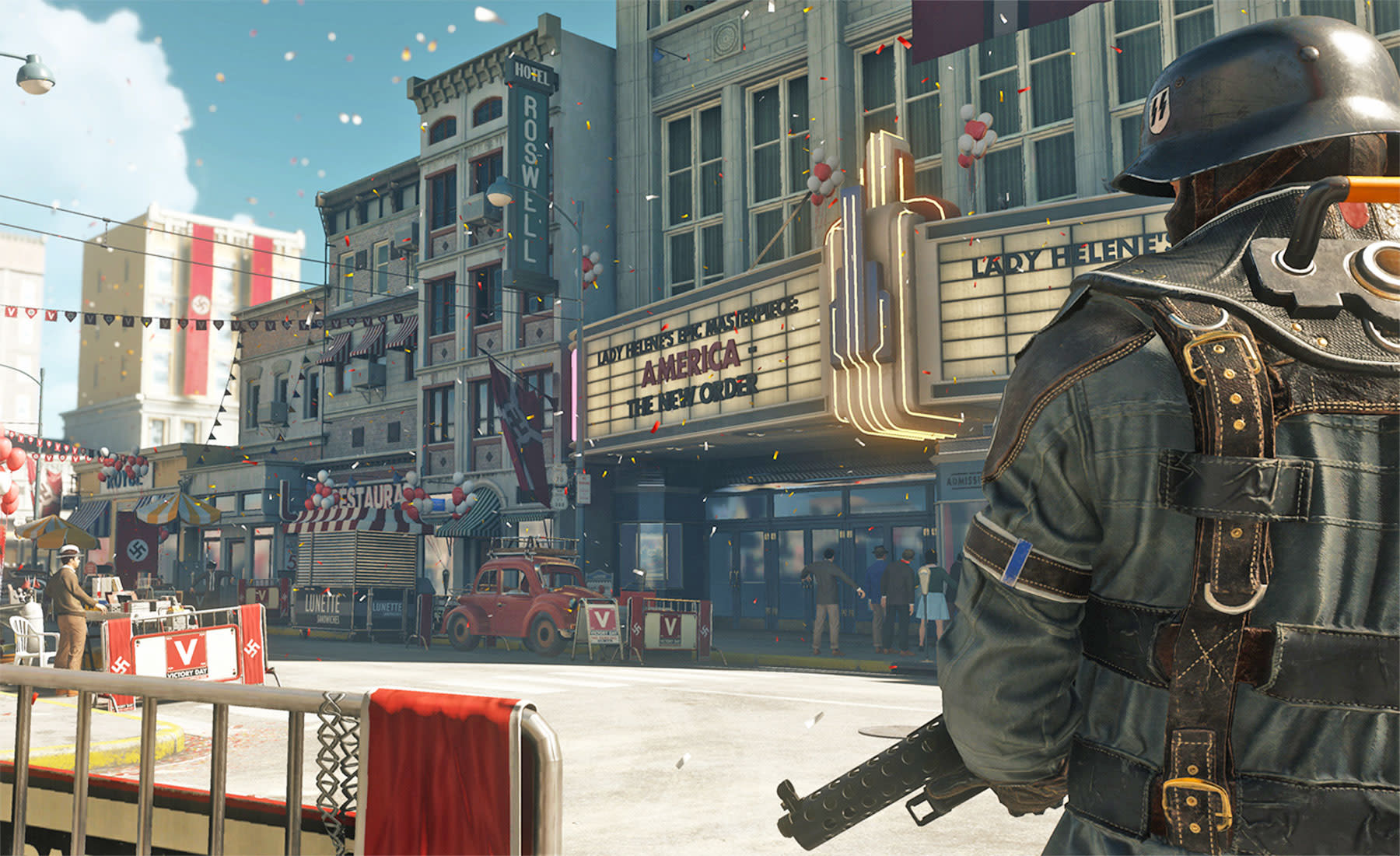 Wolfenstein II: The New Colossus was hardly a secret. The much-anticipated sequel to The New Order and The Old Blood was teased at the start of Bethesda's E3 press conference last year, and all but confirmed by BJ Blazkowicz voice actor Brian Bloom last October. Still, it's nice to see the game finally announced. Bethesda unveiled the new entry as part of its 2017 E3 showcase, which follows Blazkowiz and his ongoing mission to defeat the Nazis in an alternate history timeline. It's brash, violent and everything else you would expect from a modern Wolfenstein game.

The trailer starts with a slew of scenes from fictional, live-action TV shows. It then pulls back to reveal a TV inside the game itself and a hospital bed where Blazkowiz lies out of action. He's soon discovered, however, and put back on the front lines in Nazi-controlled America. The perspective then shifts to a diner in Roswell, where a German officer is ordering a milkshake. He asks the player for some identification papers, but before they can respond the perspective switches again, this time to a ship where Blazkowiz, wearing some kind of assassin armor is taking out Nazi forces.

Before he can finish the job, Blazkowiz is held at gunpoint by another group of rebels, and later brought in to talk to their leader. A brief exchange about the future of the world and then the trailer jumps to a super-cut medley of combat encounters. There are machine guns, robot dogs and, of course, brutal finishers aplenty. If this sounds like your bag, it won't be long before you can play the game yourself -- it comes out on October 27th.

In this article: alternatehistory, applenews, art, bethesda, e32017, gaming, machinegames, thenewcolossus, wolfenstein, wolfensteinthenewcolossus
All products recommended by Engadget are selected by our editorial team, independent of our parent company. Some of our stories include affiliate links. If you buy something through one of these links, we may earn an affiliate commission.