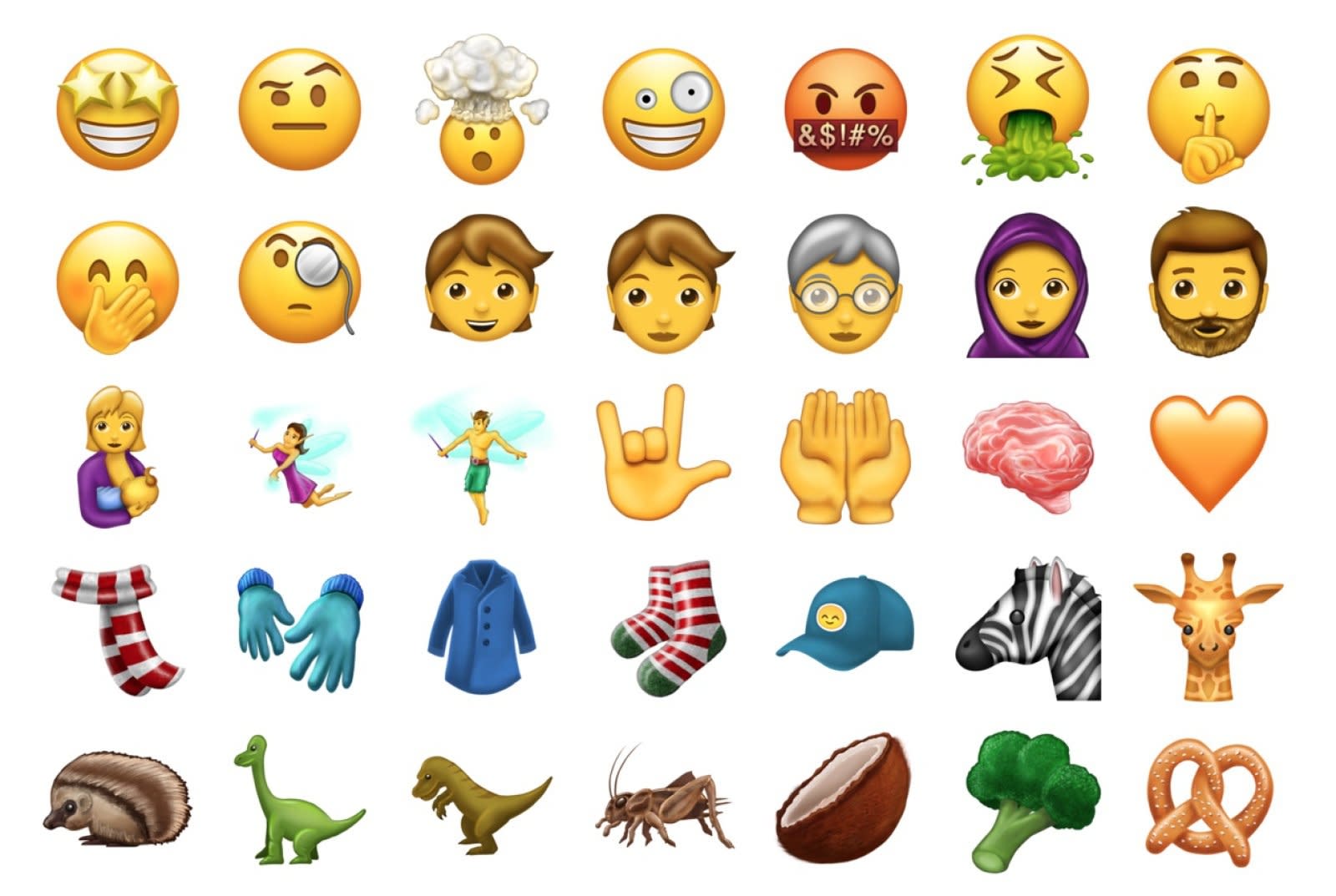 Your phone chats are about to get more... fantastical. Right on cue, the Unicode Consortium has released its promised batch of emoji and text characters. The finalized set of 56 emoji (up from 48 when we last reported) includes a slew of outlandish people and beasts, including zombies, vampires, fairies and dinosaurs. It also does more to accommodate women with emoji for breastfeeding and the hijab, while Stephen Colbert fans might be happy with the familiar-looking raised eyebrow (second from the upper left).

Outside of the emoji, the update also introduces a Bitcoin character and is more adept at handling less common languages or written requirements.

Don't expect to use all these new characters right away. Your device operating system will need an update to recognize them, and there's a good chance you'll be waiting a while. You'll likely have to wait until Android O to see them on a Google-powered phone, while the iPhone and iPad crowd will likely have to sit tight until iOS 11. There's nothing stopping companies from adopting the new Unicode pack, however -- it's now just a question of everyone getting with the program.

In this article: android, applenews, bitcoin, emoji, gear, internet, ios, mobile, smartphone, stephencolbert, TL18MOJI, unicode, unicode10
All products recommended by Engadget are selected by our editorial team, independent of our parent company. Some of our stories include affiliate links. If you buy something through one of these links, we may earn an affiliate commission.