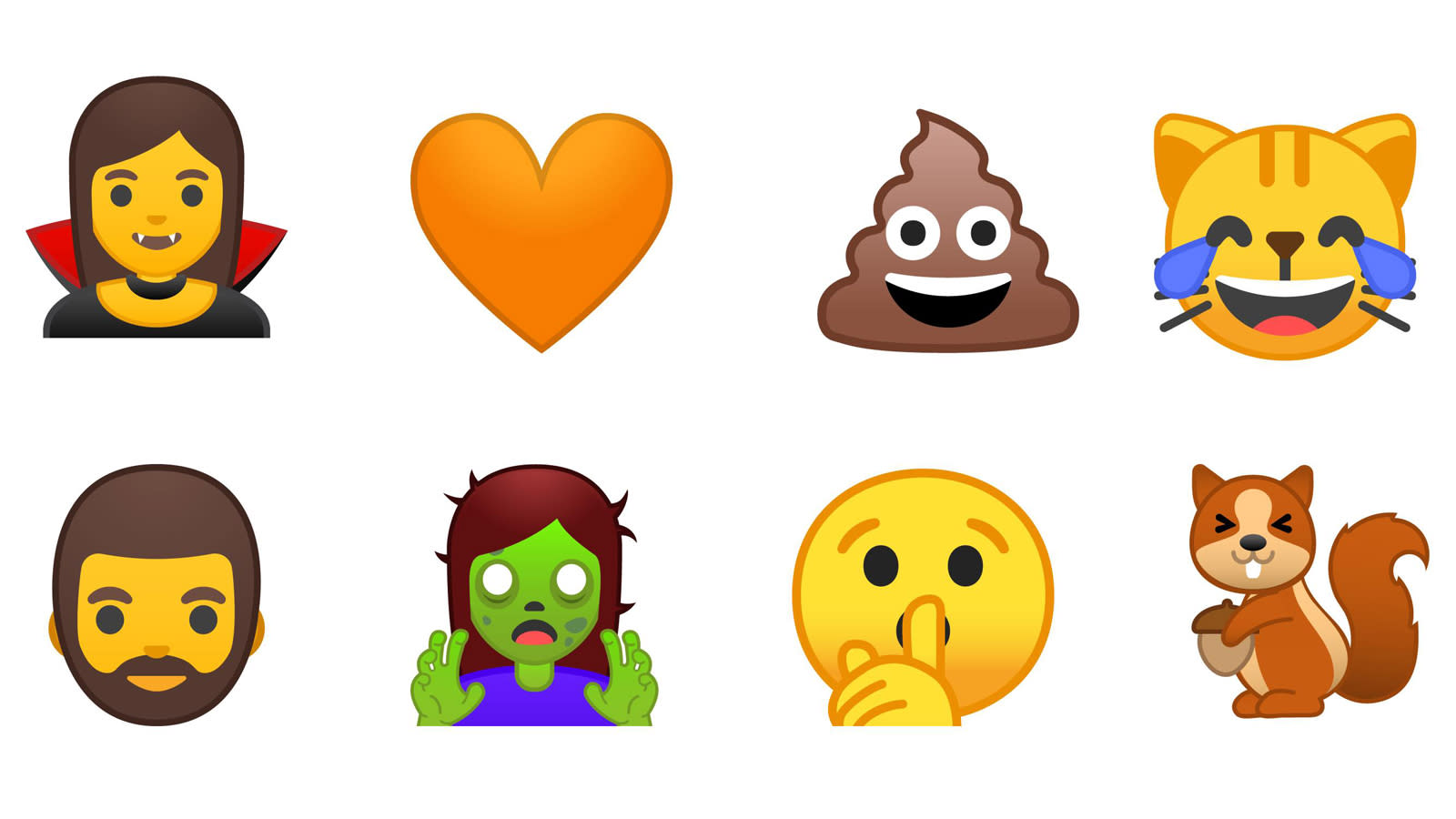 Ever since KitKat, Android's standard emoji have used minimalist blobs to represent people. They're unusual and cute, but that gumdrop look isn't usually what you associate with emoji -- just about everybody else uses circular shapes. And that can create real problems if you send an emoji that doesn't convey the same meaning on your friend's phone. Thankfully, Google has seen the light. Android O will include more conventional (not to mention more recognizable) emoji, complete with gradients and a wider range of colors. They're not as distinctive, but they make considerably more sense.

The O update will also include the new emoji characters due to arrive this summer, such as a vomiting face, an orange heart and critters like dinosaurs and a giraffe. More importantly, there's a better chance that you'll see those characters elsewhere: Google is promising an upgrade that will keep you up to date with emoji on older Android releases. You won't have to replace a years-old phone just to see everything your friends are saying.

It's a largely cosmetic change, and you might not even notice it if your phone manufacturer customizes its icon set (LG and Samsung tend to do this, for instance). You may may well miss the blobs, for that matter. Even so, the shift is significant. Google is accepting that it doesn't control the common visual language of emoji, and that it may be wiser to use relatively humdrum emoji than to risk annoying users.

In this article: android, androido, applenews, chat, emoji, gear, google, internet, io2017, messaging, mobile, smartphone
All products recommended by Engadget are selected by our editorial team, independent of our parent company. Some of our stories include affiliate links. If you buy something through one of these links, we may earn an affiliate commission.